There are several watch bands that Motorola offers for its Moto 360 smartwatch. Here’s how to change Moto 360 watch bands if you’re going for a different look.

While you can choose which color watch band you want for your Moto 360 with Moto Maker, you might decide later on that you want to switch things up a bit and go for a new look. Or you might be wearing brown shoes and want a brown watch band to match. Changing out watch bands on your Moto 360 lets you do this.

In any case, when you get a new watch band, here’s how to change out your current Moto 360 watch band for a new one.

Before you get your hands dirty, there are a couple of things that you’ll want to do first. 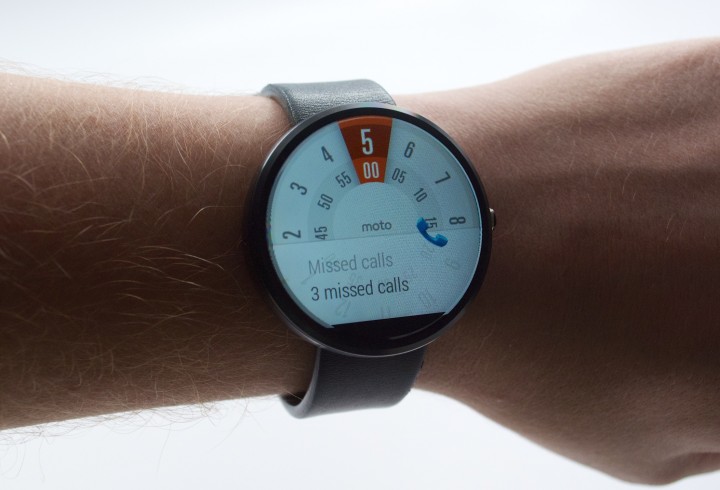 It’s best to turn off your Moto 360, that way you don’t accidentally activate the screen and tap something that could mess something up. It’s also a good idea to place a cloth underneath the watch since you’ll have the screen facing down — you don’t want the display getting scratched.

The process for changing out your Moto 360 watch band is pretty simple, and it works exactly like other traditional watches.

The video above shows you visually how the process is done. It may take a few tries to finally get it, but it’s pretty easy once you get the hang of it.

Now, remove the rod from the watch band that you removed and put it in the new watch band just like how it was in the old one, making sure that the ends of rod stick out evenly on both sides. 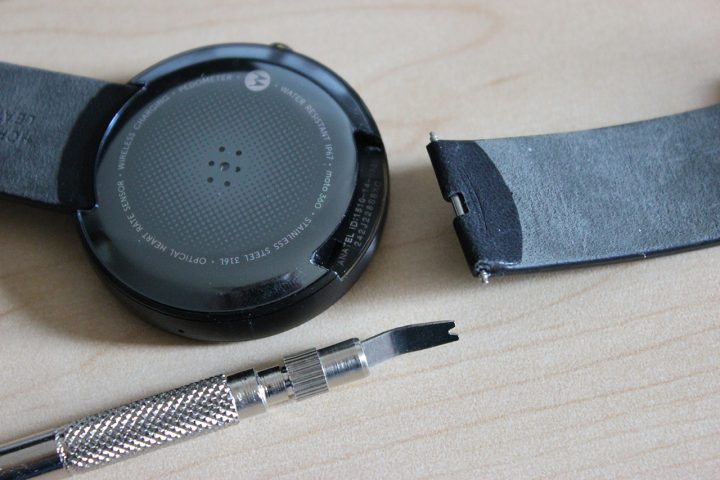 From there, slide one end of the watch band into place in the watch case, and then using your tool or screwdriver, compress the other end of the rod as you push it into the watch case at the same time. It’ll slide in and all you have to do now is push it in the whole way until you hear it snap into place.

As aforementioned, any 22mm watch band should technically work, but sometimes one may not work if it’s too thick. If you want to get a third-party watch band, at least make sure that it’s listed as Moto 360-compatible. Finding third-party Moto 360 watch bands shouldn’t be too difficult, though, as there is a large community around that specific smartwatch.