How to Change Watch Faces on Android Wear

After being announced a few weeks ago at Google I/O, Google’s new Android Wear platform for smartwatches and other wearable technology is finally here. Now that consumers are starting to receive Android Wear-powered devices like the LG G Watch, you’ll want to know how to navigate and use it.

Android Wear was designed with simplicity and ease of use in mind, and as a result everything is just a tap, swipe, or long press away. Not to mention almost any option, app, game, or setting can be accessed by simply using your voice. Since Android Wear is still extremely new and early adopters are learning how to use it, we figured a few guides were in order.

Read: How to Enable Developer Options on Android Wear

While the operating system on your smartwatch relies heavily on your voice, simple taps and swipes will get you navigating through the entire interface with ease. It’s dead simple, but we’ve received a few questions about how to actually change the watch face. So just in case you haven’t figured it out yet, below is how to change watch faces on the Samsung Gear Live or other Android Wear watches. 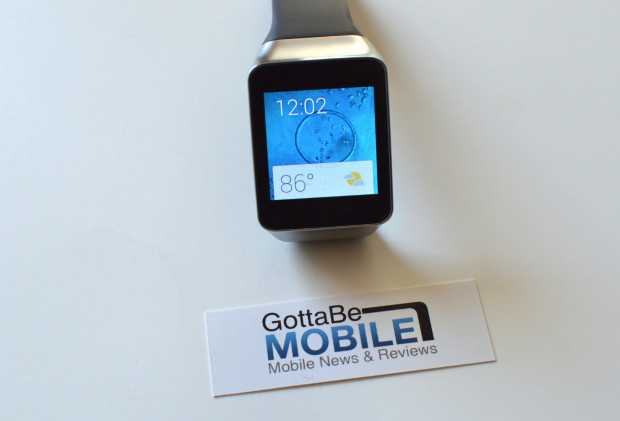 The upcoming Moto 360 has the most hype and anticipation from buyers, but that’s not yet available. However, the Samsung Gear Live and LG G Watch started shipping to consumers this week, and they’re pre-loaded with a few pretty nice watch face options.

Of course being powered by Android means that developers will be able to dive in and offer tons of watch faces in the coming weeks and months, and we can expect tons to arrive soon. In the meantime, try some of the already installed watch face options via the instructions below.

There’s actually two ways we’ve found to change the watch face on Android Wear. One is extremely easy and something surely most users figured out while just using the device, the other is slightly hidden in the settings menu.

Changing the watch face on Android Wear is actually extremely easy. While the screen dims rather fast to keep battery life lasting as long as possible, a quick tap will light up and activate the screen. Essentially turning on your watch. From here simply long-press the screen and you’ll get  card-style layout where you’ll then be able to scroll through all your watch face options. It’s that easy. Find what you want and tap to enable. That’s it!

Some may not be as pretty as others, but be sure to let the watch dim so you can see the secondary (low power face) that will generally take up the screen while the device isn’t in use. Some faces aren’t my favorite, but the low power mode has a nice look, so you’ll have to decide what works or looks best for you. Here’s a quick video showing users how to do this.

There’s also a second way to change the watch face, and this is using the power of Google Now voice controls. Simply say “Ok, Google” to your watch and once you see the visual prompt for voice actions simply say “settings”. This automatically takes you to the settings menu. Flick down and near the bottom you’ll see an option for “Change watch face” and you just tap here to get to the same selection as before. It’s a bit redundant and the first way is easiest. However if you’re already in settings you might as well scroll through them.

Again, Android Wear is extremely new and still in its infancy. That being said, buyers can expect a large selection of watch faces and customization to start arriving in the very near future. We expect Google to continue with updates improving the experience, and developers to add watch faces (both free and paid) to the Google Play Store soon.

There are a few options available now, but expect a wide array to start emerging now that Android Wear watches are now available to the public. While you’re at it try some games. Above is a link to a Flappy Birds clone, one of the first games for Android Wear. Enjoy!