The iPad mini, which went up for pre-order just a few days ago, is now beginning to ship to customers who pre-ordered the device ahead of its release date of November 2nd. For those that did pre-order, who want to peace of mind about their shipment, it’s now possible to check and see whether a shipped iPad mini order is on its way to the United States.

While Apple’s website may be telling iPad mini owners that its still “Preparing for Shipment,” it’s possible to get a much more detailed timeline as far as an iPad mini is concerned through UPS’ website.

Many of those that pre-ordered an iPad mini can go to UPS’ website and check to see if the device has shipped and where it is on the path to delivery. By following a few simple steps, iPad mini pre-orderers can get a much better idea of where their shipment might be ahead of its expected November 2nd arrival date, even with Apple’s website remaining in stasis.

Read: What Size iPad Mini Should I Buy? 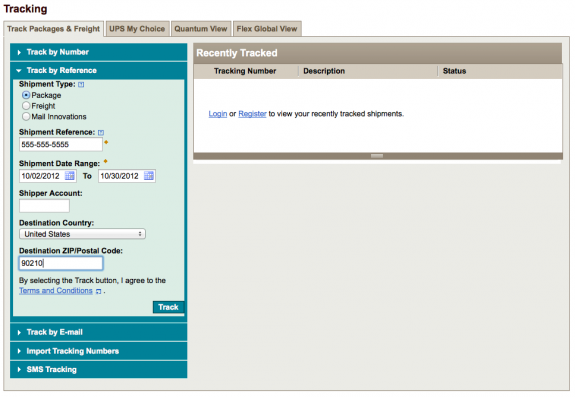 iPad mini pre-orders can be followed through UPS’ website.

The first thing you’ll want to do is head to UPS’ website in order to track the iPad mini shipment.

From there, you will want to select the option that allows you to track a shipment by reference. This method will allow pre-orderers to enter information other than a tracking number to track the shipment.

On UPS’ website, you’ll see something called Shipment Reference. It’s there that you’ll want to enter the phone number that is associated with the order. It could be the number attached to the billing information.

Next, select the Destination Country and fill in the zip code or postal code. After that, click on track. For some, this will bring up some detailed information about the order. It may show that the iPad mini has left China, it may show it being held somewhere, or, in some cases, it may not show anything at all. Still, it’s definitely worth taking a look at if you’re concerned about your shipment.

Keep in mind, Apple also might be using FedEx for your shipment and the company provides a similar way to track packages so if the device doesn’t show up through UPS, it might be coming through FedEx.

This method should also apply for the iPad fourth-generation which will be arriving on the same day as the iPad mini, November 2nd.