Doing something as simple as clearing or closing unused apps may seem so general and simple for average users, but the first time smartphone owner or iPhone converts will need to know how to perform such a task on their new Galaxy S5.

With millions of Galaxy S5’s sold and expected to be sold, this question actually comes up more than expected. Closing and clearing apps on the Galaxy S5 to improve performance and battery life is extremely easy, so read on to see exactly how to do it. 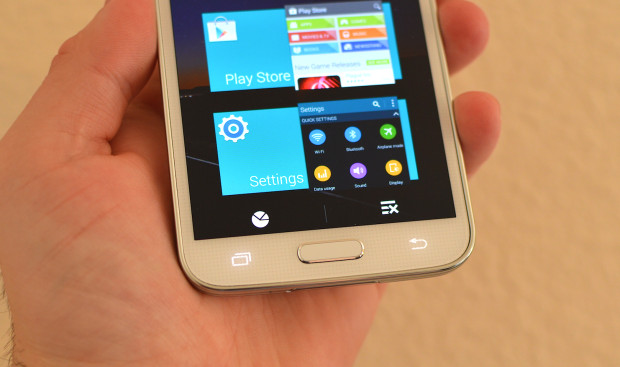 The general Android rule of thumb is to let the operating system manage your memory, not to mention Samsung’s Galaxy S5 comes with 2GB of RAM, so there’s no real need to manage much. That said, there are still times a user may want to clear apps from memory that aren’t being used.

Google’s Android OS does an excellent job managing apps and multi-tasking unlike any other operating system by putting apps in a low-power state ready to be called into action when needed, and saving battery the rest of the time. However, many users still opt to close apps manually and here’s how to do it on the new Galaxy S5.

Clearing apps out of memory or the multi-tasking menu on the Galaxy S5 is extremely easy, but a few changes from previous Galaxy devices has some users confused, even seasoned Android owners. Most Samsung devices a long press of the dedicated home button would bring up this menu, but that’s no longer how it’s done. Now there’s a dedicated multi-tasking button instead of the three-lined menu key, and this is where you start.

Simply tap the overlapping rectangle-like button to the left of the dedicated hardware home button. This is the multi-tasking menu key that brings up all currently used and running apps. For those that didn’t know, switching from Gmail to YouTube, then to the browser, and back to Gmail is extremely fast and efficient with this menu. However, this is also where a quick swipe will close and kill apps. 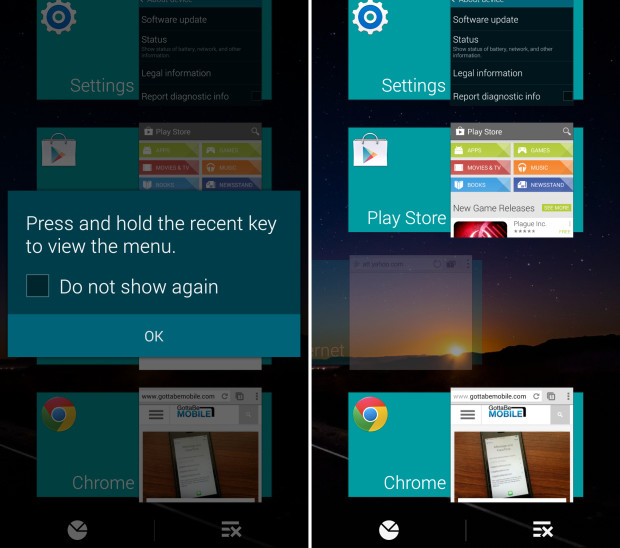 The image above is what you’ll be greeted by once you tap the multi-tasking menu key, which shows all currently running apps. It’s a good idea to leave things like phone, messages, or even the browser in here, especially if you use these often. Clearing the SMS text app only means it will need to restart on your next message, wasting battery and CPU cycles. This same rule applies to all apps, so only close the ones you won’t be needing anymore.

A simple swipe of your finger on each box will swipe them away, and instantly close the app. Any saved progress or website you may be on will have to reload next time you use that specific application. The image above shows the menu, and us swiping to clear the browser. That’s it, you’re all done. It is that simple to clear and close apps on the Galaxy S5. 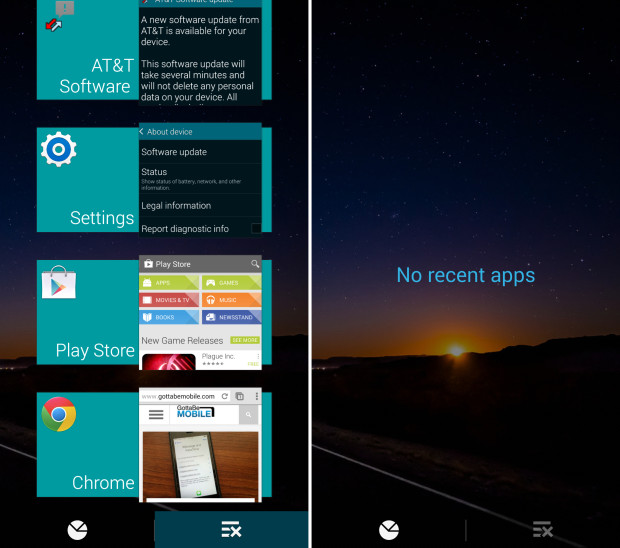 However, sometimes users may want to simply clear everything all at once. Again, this is not recommended as the OS does a great job keeping most apps in a low power state. That said, the X with lines through it button on the bottom right is “clear all” and will wipe out every app currently in system memory. A good time for this may be while at work and you won’t use the phone, while driving, or even before bed.

Otherwise, we’d recommend only clearing apps that you won’t be needing, or apps that are system intensive. Something like YouTube, Google Maps (or navigation are a big one) and even Netflix. As they can be killed to preserve battery. In general clearing apps is rarely needed on Android devices, especially ones as powerful and efficient as the Galaxy S5, but each user has their own unique needs.

Killing all of your apps could end up slowing down the phone, as it will need to reboot certain apps as they are called, and in the end lower battery life. So again, only clear what’s necessary, and generally this menu isn’t as needed as most think. For some reason Samsung removed the menu key in favor of it, but for those who’d like better control, now you have it.

In the end only close apps you won’t be using for the foreseeable future. Users claim all types of different results for clearing apps throughout the day and using the task manager, but use it wisely and feel free to try it yourself today.