iOS 6 allows users to connect Facebook to the iPhone for easier posting and sharing of photos and links.

This guide will show how to set up Facebook in iOS 6 on the iPhone, iPad and iPod Touch, and how it makes sharing via the social network simpler. 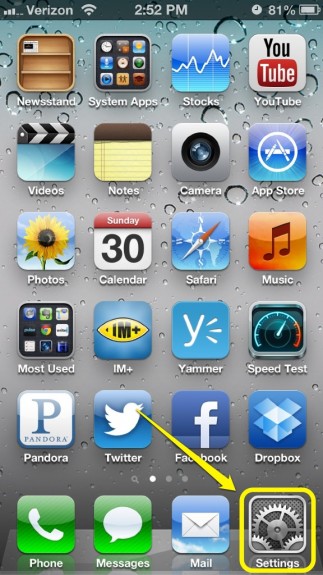 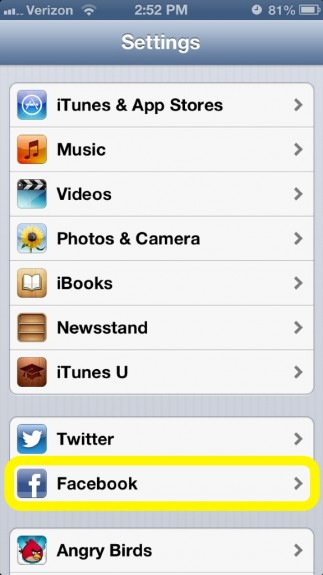 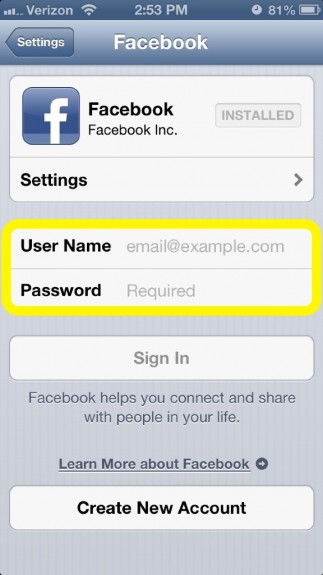 After that Tap Sign In and this next screen will appear. 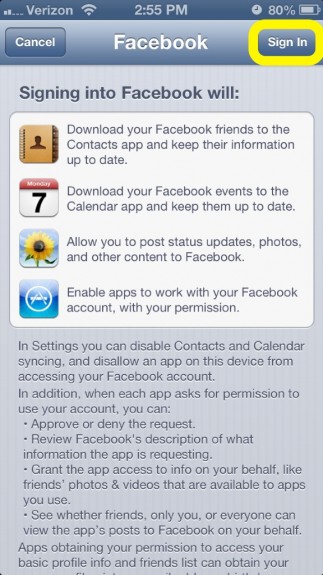 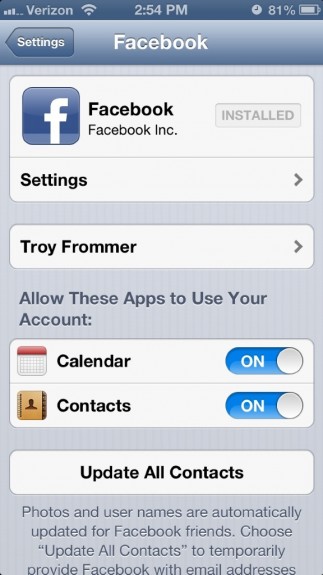 With this option enabled notification center will now have a button that says “Tap to Post” so it is easy to send a quick post to Facebook.

The features also go deeper when it comes to sharing photos or even links to web pages.

After connecting Facebook to the iPhone, events, birthdays and contact information can spill over into the Contacts and Calendar apps.

Facebook adds information to the contacts and displays Facebook friends birthdays by default. For social butterflies this is a great “feature” but for those who rely on calendar it is more of an annoyance, especially for users that schedule meetings with Siri, because Siri sees Facebook birthdays as all day events.

Unless it’s important to add events, birthdays and Facebook friend contact information to the iPhone many users will want to leave these settings off.

Also do not hit Update All Contacts with the Calendar and Contacts enabled or else the data is entered, and the only way to remove it is manually. 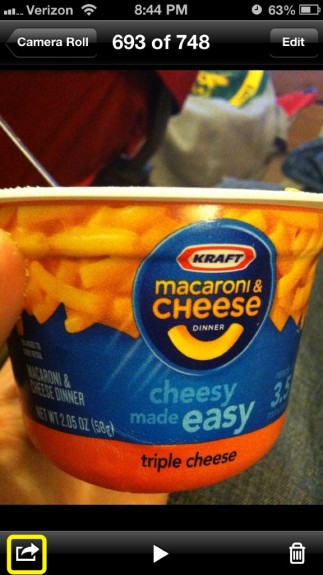 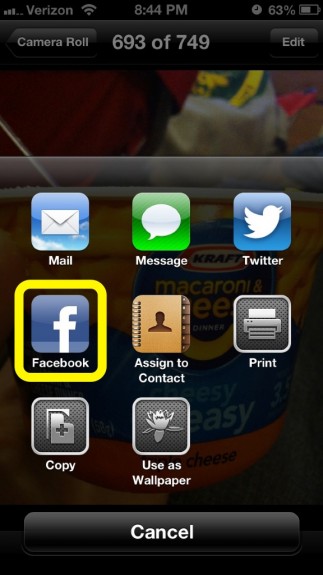 After choosing Facebook the photo will appear in a post box with the option to add text, choose the album it will be located in and other common facebook items.

Once the photo is ready to be posted simply tap Post in the top right corner. 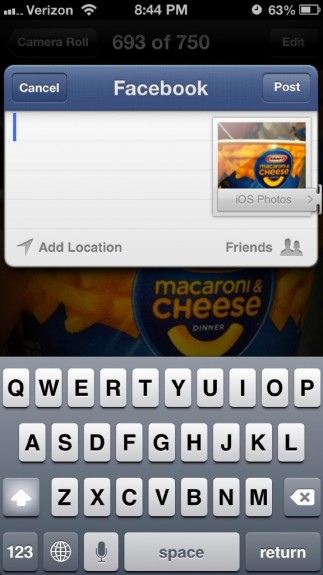 Choose an album and enter text before posting to Facebook.

Once there Tap Share in the bottom middle of the screen. 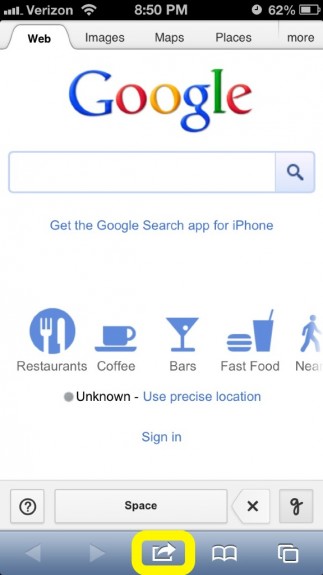 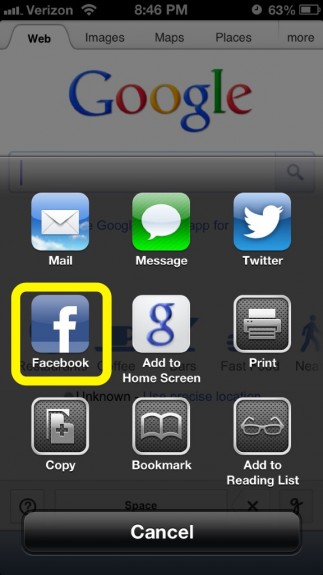 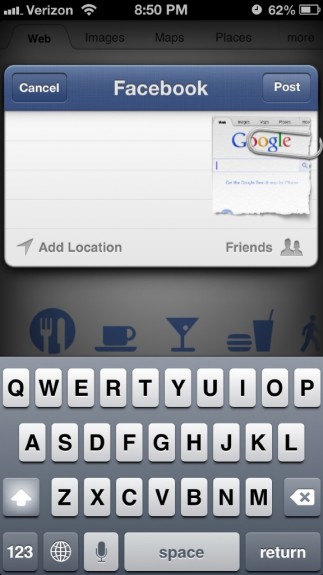 To do this, activate Siri with a long press of the home button. 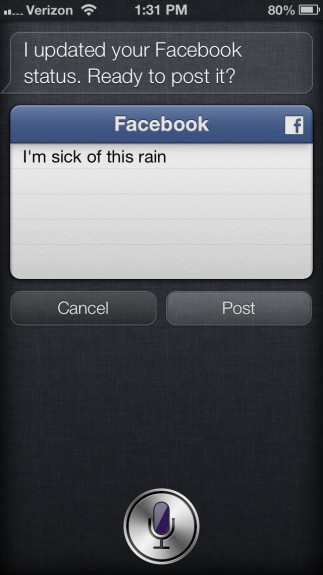 When prompted, tell Siri what the status should say. If the status is wrong, say “Change it,” to tell Siri the update again, or “Cancel.” to quit without posting.