For those concerned about the ongoing battle over Net Neutrality, this is a big week ahead. But then the last several weeks have also been big. At the moment the FCC is going forward this Thursday, May 15, with a vote on the new rules proposal that will decide the future of how the Internet works. The decision to go forward with the vote, instead of delaying it, comes after at least two FCC commissioners have asked Chairman Tom Wheeler to postpone the action. The FCC has also been receiving very loud and very public comment from powerful players in the tech industry and the political world, weighing in with their support of Net Neutrality principles. 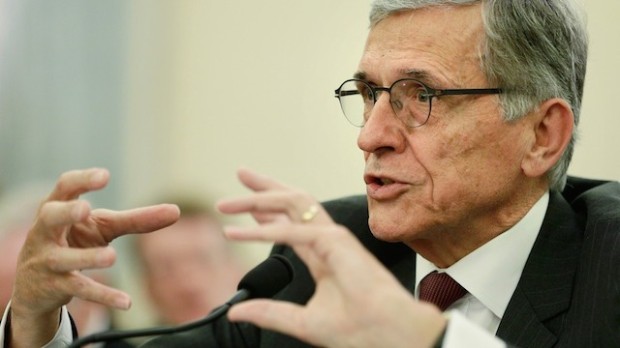 In fact the public has been calling the FCC in so much volume that it has tied up the phone lines to such a point that the FCC is asking those interested in weighing in to send an email instead. The FCC  has set up a special email address for those interested to use. It is [email protected]. There is also a Reddit thread that contains a list of email addresses and contact information for the FCC and its commissioners.

Note that the “official” period for public comment before a vote is taken has past. FCC rules state that he agency must stop accepting public comments on an item one week before that item is set to be discussed at an open meeting. That said the protests are sure to increase in volume this week.

Suffice it to say that the FCC is feeling some heat over Chairman Tom Wheeler’s proposed rules changes. Earlier last week a coalition of over 100 major tech firms including Microsoft, Amazon, Google, Facebook, Netflix and Yahoo, signed a letter to the FCC declaring their support for Net Neutrality principles.

That very public pledge of support was followed by news that a group of venture capitalists also let the FCC know about their apprehensions about the new rules changes, saying, “If established companies are able to pay for better access speeds or lower latency, the Internet will no longer be a level playing field.”

Two of the FCC commissioners, Democrat commissioner Mignon Clyburn and Democrat commissioner Jessica Rosenworcel, have called for a delay in the voting. Politicians are also weighing in. A group of ten Democratic senators sent a letter asking the agency to include questions in its draft about reclassifying Internet lines Title II rules, originally written for phone networks. In essence, if the FCC, as Chairman Tom Wheeler says, sees abuses, Title II allows the FCC to label ISPs (broadband and cellular providers) as common carriers, which would subject them to more specific regulation.

And also last week, the small Web hosting company, NeoCities staged its own protest and downgraded FCC access to the NeoCities website to speeds of 28.8 Kpbs. NeoCities also uploaded code to Github so other companies could follow suit. Of course the FCC would have to visit those sites to notice the slow down. 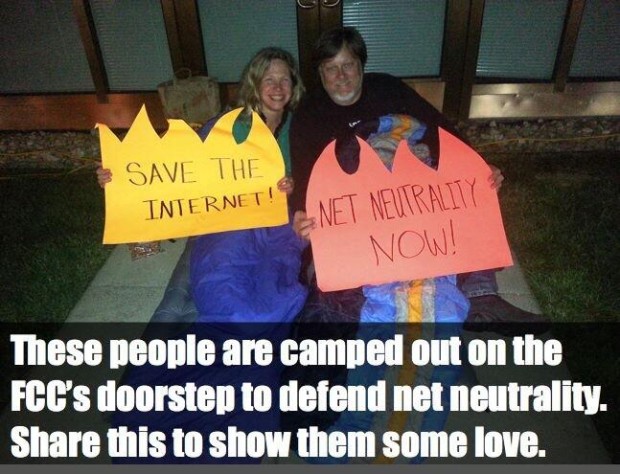 And of course the other side of the argument is also starting to publicly make its case. AT&T filed an ex parte letter with the FCC claiming that any action under Title II to classify ISPs as common carriers would actually harm the Internet and not achieve the desired effect.

We noted in particular that calls for reclassification of broadband Internet access services as a Title II telecommunications service would cause risks and harms that dwarf any putative  benefits, all but scuttle the administration’s ambitious broadband agenda, and would not, in all events, preclude the paid prioritization arrangements that seem to be the singular focus of reclassification proponents.

AT&T also made some not so veiled threats that if Title II were enacted in this case that it would tie up implementation in litigation. There’s big money at stake here.

Will all of the protests and lobbying have an effect on the FCCs decision? Certainly. What effect is still unpredictable. It is not certain that despite Chairman Tom Wheeler’s insistence on going forward with a vote on May 15, that he will have the votes from his other commissioners to do so.

The battle is coming down to one of trust. Wheeler has been ardently defending the rules changes saying he is willing to pull out all of the stops to guarantee that ISPs won’t be able to create a tiered Internet system that could stifle innovation and cause harm to consumers. His statements have been very strong and to the point. Net Neutrality proponents are skeptical and not taking the chairman at his word. They are more than leery of the possibility that these new rules changes will allow the creation of a “fast lane” that will allow larger companies to pay to have their content delivered in preference over smaller companies.

Keep in mind that Wheeler’s past includes stints as President of the National Cable Television Association (NCTA) and CEO of the Cellular Telecommunications & Internet Association (CTIA), both powerful lobbying organizations on behalf of the industry titans that would argue against any regulation at all.

It is Wheeler’s urgency in moving the issue forward that is also adding heat to the debate.

The idea of net neutrality (or the Open Internet) has been discussed for a decade with no lasting results. Today Internet Openness is being decided on an ad hoc basis by big companies. Further delay will only exacerbate this problem.  The NPRM is seeking input on the best way to protect and promote the Open Internet.

He has stated forcefully that he will not tolerate a delay and wants new rules enacted and in force by the end of December 2014.

The public and all interested parties following the FCCs deliberations on this matter may have indeed increased the pressure, but keep in mind that ISPs would be just as happy if no action were taken at all. Wheeler is correct in trying to create a series of rules that govern how business and pleasure is conducted over the Internet. As it stands currently, the fear is that companies will institute business practices that would be tough to roll back, once in place, if abuses occur down the road.

The political dynamic is also a dicey proposition as most observers feel that Chairman Tom Wheeler will have the deciding vote with his other four commissioners voting 2 to 2 regardless of how the issue is framed.

Related Topics:FCCFCC Chairman Tom WheelerHow to Contact the FCC Before the May 15 Net Neutrality VoteNet Neutrality