How to Customize the LG G4 Buttons

This quick guide will show users how to change or customize the on-screen buttons near the bottom of the LG G4 display. Most phones tend to stick with a standard back, home, and recent apps buttons under the screen, but with the LG G4 you can completely customize them, re-arrange the button icons, and even add more options.

Just like the LG G3 from last year, the new LG G4 is extremely customizable in many aspects. Not only can users change the on-screen buttons, but the layout can be changed if users want the back button on the left or right, and even the button color and background colors can all be changed to fit any users wants and needs.

The new LG G4 is an extremely impressive and powerful smartphone. It has a big and bright 5.5-inch Quad-HD display, one of the best cameras on any smartphone, genuine hand-made leather around back, and runs Android 5.1 Lollipop along with plenty of customization tools. Read on for more details. 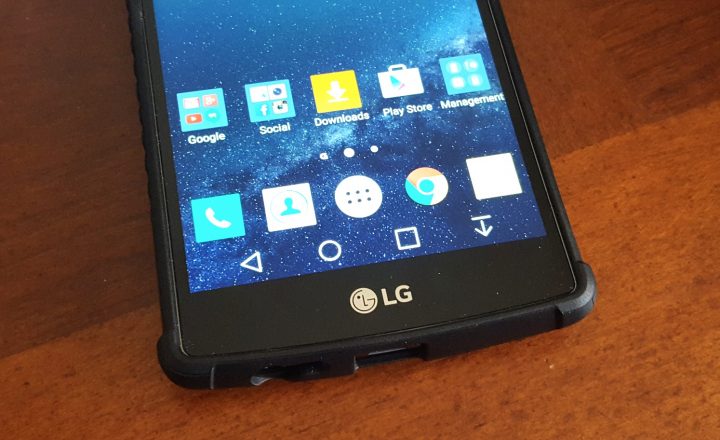 Most smartphones have either dedicated capacitive touch (light up) buttons like the Galaxy S6, or on-screen keys that can’t be changed like the Nexus 5 or Moto X. However, LG wants to let users change things as they see fit, and thankfully the on-screen keys are fully customizable.

LG’s G4 originally ships with three buttons on the bottom of the screen. These are back, home, and the multi-tasking recent apps button, from left to right. However, if you’re coming from a Samsung Galaxy smartphone the back button was on the right side instead. This makes things confusing where owners often hit the wrong thing, have to re-learn where to tap and it takes a while to get used to. Luckily for us, that isn’t a problem because we can move the LG G4 back button to the right side, just like Samsung smartphones have it. Lets get started.

It is actually extremely easy to customize the LG G4 on-screen buttons, and it only takes a few taps and sliding the icons to wherever owners would like.

To start pull down the notification bar and tap the gear-shaped setting button near the top right, or open the application tray and find the settings icon. Once in settings head to the “Display” column, and tap the 3rd option which is “Home touch buttons“.

From here you’ll see an area to completely edit the home touch buttons, also known as the navigation keys or buttons. The first option is “button combination” which is what we’ll be doing here today, and as shown below. It’s worth noting owners can select “color” and choose from a white or black background for the home buttons.

Next tap “Button combination” and simply follow the on-screen instructions. It looks confusing, but all owners need to do is simply press and drag any icon they’d like from the list up to the sample picture of a phone, and you’ve successfully added a new button to the on-screen keys. Drag the back button to the right, for those coming from a Samsung device, make sure the circle (home button) stays in the middle, and there’s even a downward facing arrow that pulls down the notification bar.

That’s all there is to it, and you’ve now successfully changed the LG G4 on-screen buttons to what you’d like. My favorite is the down arrow for notifications, which lets you easily tap a button to pull down the notification bar shade, rather than stretching all the way to the top of the big 5.5-inch screen just to see your notifications. This is extremely convenient, and something we wish all manufacturers offered.

Users don’t need to hit “done” or “accept” to apply the changes, just tap the home button and that’s all there is to it. Now enjoy the new layout, different color, additional buttons, or go back and change things to the original layout if you’d like. It’s all about user preference.