The dock in OS X is one of the best features of your Mac. Here’s how to customize it and get the most of it.

The OS X dock is placed on the bottom of the screen and it includes a handful of Mac apps that you use most often (or at least it should). It also houses your trash can, as well as the Finder icon for opening up a Finder window. The dock also stores any minimized windows from any app that you have open.

It’s similar to the taskbar on Windows in a way, but with some major differences that sets itself apart.

If you want to take your dock to the next level and get the most of it, there are plenty of things you can do to customize it and make it your own. After all, it is your Mac, so you should customize it and set it up how you’d like.

Here are some ways to customize the dock on your Mac.

By default when you first get your new Mac, the dock will be full with all sorts of stock Apple apps, and once you install more of your own apps that you like using, you’ll want to put those in your dock as well.

Adding or removing app icons from the dock is really easy to do. To remove an icon, simply just click and drag an icon out of the dock and then release it. It will still be installed on your Mac and you can still access it from the Applications folder or the Launchpad, but it just won’t be accessible from the dock.

After you add and remove the apps that you want in your dock, you can then rearrange them however you’d like.

To do this, simply just click and drag an app icon to anywhere in the dock.

If you have a hard time seeing the dock and the apps that are in it, you can change the size of your dock and make it however large you’d like.

To do this, you can go into System Preferences > Dock and move the slider next to Size to the left or right to adjust the size of the dock. You can also click on the separator in the dock itself and then click and drag up or down to instantly change the size of the dock.

Change the Position of the Dock

You don’t have to have the dock at the bottom of the screen. You can also position on the left or ride side of your display. 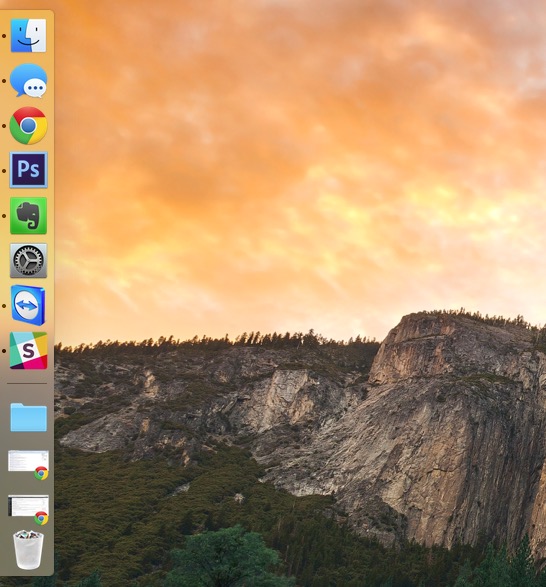 Hide the Dock When You’re Not Using It

The dock is nice to have when you need it, but when you’re not using it, it can take up screen space and you might be wishing that you could just hide it  when you don’t need it. Luckily, you can. 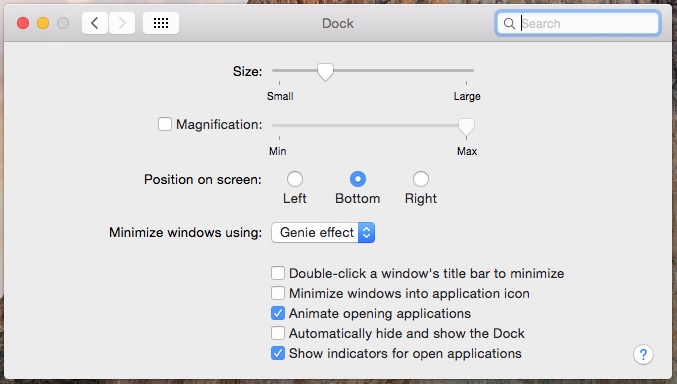 You can hide the dock when you’re not using it by having it slide off the screen, and then when you do need it, just move your mouse cursor to the bottom of the screen to have it pop up and ready to go.

To do this, go into System Preferences > Dock and place a checkmark next to Automatically hide and show the dock.