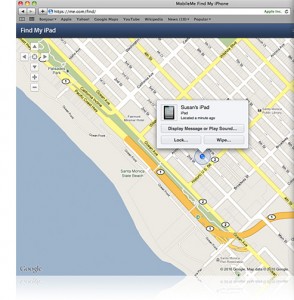 The bad news is that if you are looking for an iPad 2 at a local store you won’t have your pick of colors or sizes. If you’re looking for white, you should just order online and wait since stock is much more restricted.

The good news is that despite long lines and a good number of iPad 2 models sold, there are still a few iPad 2 devices to be found at local retailers. You can call stores to check stock, but experience tells us you will be better off going to the stores in person.

Best Places to Find an iPad 2 in Stock:

Apple Store Returns: If you live close enough, head into your local Apple store. We’ve heard of a few iPad 2s being returned by folks who wanted to sell on eBay and found the iPad 2 sales restrictions prevented it. The store won’t hold an iPad for you, so this works best if you are close by.

Apple Resellers: reports are in that Apple resellers had fewer shoppers on iPad 2 launch day, which means more likelihood of finding an iPad 2 in stock at a store near you. Search Google Maps or your local yellow pages for Apple resellers in your area or mac repair shops which often sell Apple products.

Walmart, Best Buy and Target: some Target locations didn’t receive iPad 2 shipments on launch day which means you will have a better chance of finding an iPad 2 in stock during the next few days. You can check the stock of Best Buy and other stores by searching on Milo.com for the iPad 2 model you want. We have heard from several readers who have had luck at Walmart late Friday night and even on Saturday.

Verizon and AT&T: if you want a 3G iPad 2, check out your local Verizon and AT&T store where there may still be a few iPad 2s tucked under the counter. While the 3G version will cost $130 more than a WiFi only iPad 2, it is better than paying a $150 premium for the base iPad 2. You don’t need a contract to purchase a 3G+WiFi iPad, making this iPad 2 deal easier.

eBay and Craiglist: if you need to have an iPad 2 right now, you can turn to Craigslist and eBay, but you’ll pay for the convenience dearly. We have seen some 16GB WiFi models got for $200 over face value.

Do you have a plan for pick up an iPad 2 a day after launch? Share your tips for finding an iPad 2 at your local store.