How to Find Popular Music on Spotify for iPhone

Today, users who want to be able to stream music and listen to 8-hour playlists based off their favorite artists have just a handful of different services to choose from and Spotify tops all the others. That’s especially true for users of Spotify for iPhone, which is the service’s best mobile app by far. Mostly that’s because Spotify for iPhone makes finding the popular music everyone else is listening to a breeze.

For those who aren’t familiar with Spotify, the service is pretty simple to understand. Essentially, it’s a music service for those who care about discovering new music and listening to it wherever they are. Simply downloading and creating an account allows users to stream from the service’s catalog of playlists absolutely free of charge. Spotify Free users are shown advertisements every so often and can only skip to the next song in a playlist so many times before the services takes the ability to skip songs away. Users who pay $9.99 a month get to skip as many songs as they want, play specific songs in a playlist and stream music from their online collection to any device with a Spotify app.

Spotify for iPhone takes this a step further by allowing users to save entire playlists for playback later when they don’t have an internet connection available to them, unlike iTunes Radio.

Read: Spotify Review: What to Know Before Signing Up

Here’s how to find those popular songs and playlists so that you always know what music Spotify users are enjoying worldwide. This functionality doesn’t even require a monthly subscription. 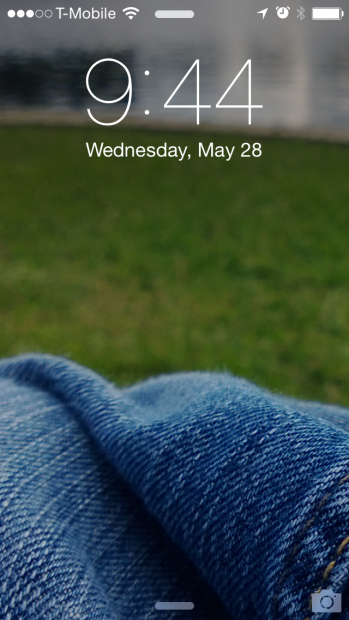 First, unlock your iPhone using the Touch ID button on the front of your iPhone 5s or by swiping to the right and putting in your PIN code for your device. Users with older devices who don’t have a PIN code can just unlock their phone by placing their finger on the left side of the bottom corner of their screen and sliding their finger to the left.

For the purposes of this how to we’ve already downloaded the Spotify for iPhone app and registered with the service for a free account. If you haven’t done so, download the app from the iTunes App Store here and create an account. Since Spotify also includes some pretty nifty social media sharing features it’s a good idea to register for an account using Facebook. 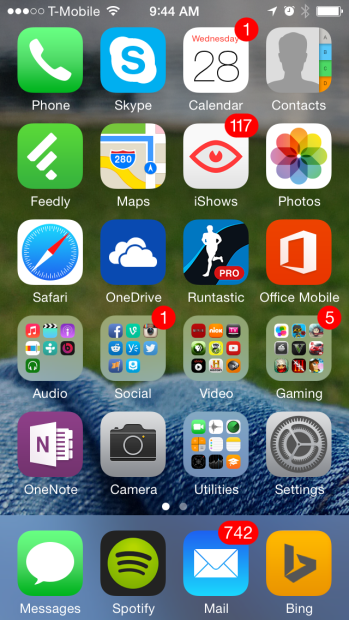 By default, the app will take new users to the Browse screen. You’ll want to tap Top Lists in the browse screen to find the most popular music on the service. Users who have recently opened the app won’t be taken to the Browse screen by default. Instead, Spotify will default to wherever they last were. Those users will need to place their finger on the right side of their screen and swipe to the left to reveal the Spotify for iPhone app’s menu, then tap Browse. 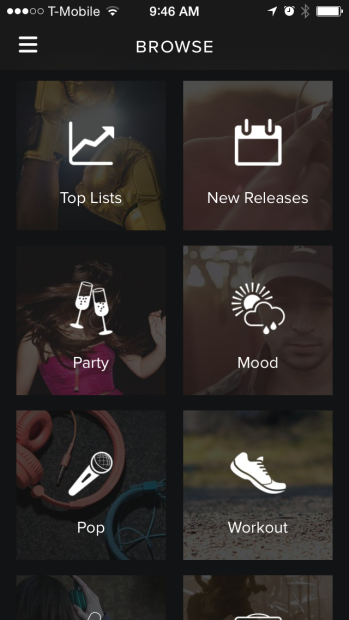 If you’d just quickly like to start some music, tap the Play Top Songs button at the top of the Top Lists screen.

Spotify users can drill down into the Top Lists area to fine tune their listening experience. For example, Spotify automatically creates a list of the most popular tracks in each country. There are also lists for tracking the songs that are most popular, and a playlist made up of music that’s popular today. More playlists also include the top 100 tracks in every single music genre on Spotify. For example there’s a list of topic tracks in Hip-Hop, R&B, Alternative and more.

Users can automatically filter the playlists being shown to them by tapping on the filter button. Filtering options include only surfacing playlists from Sweden, the United Kingdom, Sweden and the United States.

Just like the rest of the playlists and collection building features that Spotify includes, adding any of these top playlists to your collection through Spotify for iPhone will also make them available through the  service’s other applications. That includes Spotify for PC, Mac and online. Users who choose to follow different lists will find that their iPhone automatically updates them with the latest changes to those playlists through Spotify for iPhone and the email account that they associated with their account when signing up or logging in with Facebook for the first time.

Followed playlists are stored in user’s collection where they can be accessed by swiping from the left to the right side of your screen and tapping on Your Music. There you can choose to play them again or have your phone download them for listening when you aren’t connected to the internet. It’s a process Gotta Be Mobile chronicled recently for iPhone users. 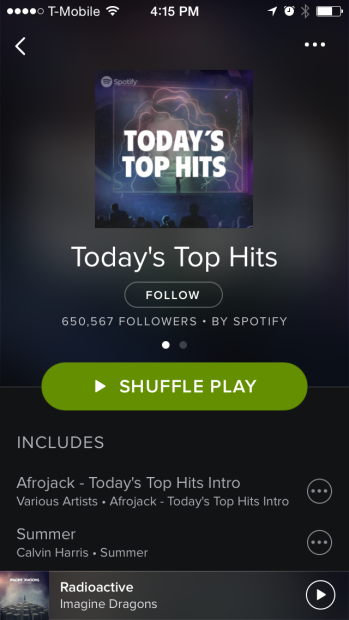 Read: How to Download Music From Spotify on the iPhone & iPad

Users who sign up for a free trail of Spotify through their iPhone get a week of uninterrupted premium listening. Those who sign up through the company’s website and submit their credit card information get a month to try the service for themselves.