The stainless steel Apple Watch may look pretty, but users have been discovering that it scratches pretty easily. Luckily, there’s a do-it-yourself fix for it.

Apple touts that the casing is of a particular hardness so that it doesn’t scratch easily, but that hasn’t been the case when buyers finally got their hands on their own units. Scratched up casings are already starting to appear.

With that said, this shouldn’t start yet another Apple controversy like “bendgate.” Apple Watch users should accept that the casing is eventually going to scratch, but there are fixes that can mask the scratches if you don’t like looking at them.

All it takes is a bit of polish and a towel to essentially just buff out the scratches, which can be done for less than $10 up front. And then whenever a new scratch appears, just get the polish back out and buff it out again for free.

How to Fix Apple Watch Scratches

When you decide that you want to fix those scratches on your stainless steel Apple Watch, all you’ll need is some kind of metal polish. Mothers Mag & Aluminum Polish will work just fine and it’s really cheap. You’ll also need a towel of some sort. A regular bath hand towel will do the job just fine, but only use a towel that you don’t mind turning into a dirty rag.

Once you have your materials, take a corner of your towel and dip it into the polish. You only want a tiny bit, since the Apple Watch casing doesn’t take up much surface area at all. 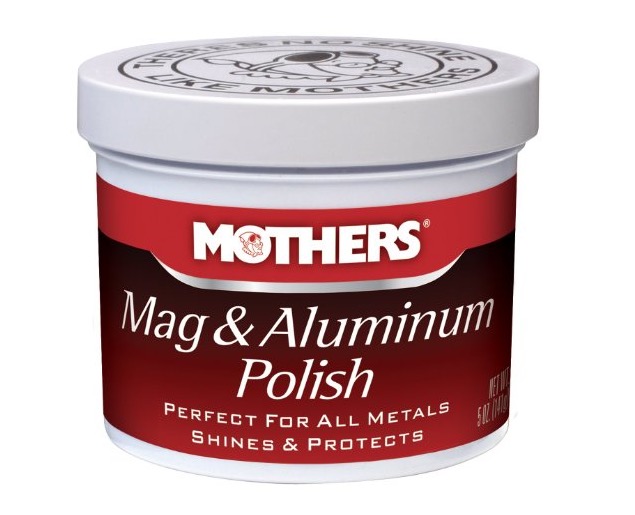 Then, apply it to your stainless steel Apple Watch by applying pressure and rubbing back and forth where the scratches are. You don’t need to do this for very long. Stop every 10 seconds or so and look to see how it’s progressing and whether the scratches are gone. Once they’re gone, take a clean part of the towel and rub the Apple Watch clean.

What the polish does is essentially take off a very thin layer of steel to match the depth of the scratches, making them “disappear” in a way. This is why you may notice that your towel has turned a dark gray where you’ve been rubbing it on your Apple Watch.

This same method should work on your iPod as well, although it may take a bit more elbow grease. Nonetheless, that’s how easy it is to remove scratches from your stainless steel Apple Watch.

The screen, on the other hand, is made of sapphire, which is one of the toughest materials known to man and it won’t scratch as easily as the Apple Watch casing, since it already comes with a scratch-resistant coating. Of course, it won’t stand up to anything, as a dagger knife to the display would easily kill it, but most common household items like keys wouldn’t do much damage. However, if you constantly expose your Apple Watch to harmful elements or you have kids or pets that would likely do some damage, you’ll most likely end up with a scratched display eventually.