Learn two ways to fix bad iOS 7.1 battery life from your iPhone, one of which will take less than five minutes and another option if that fails.

The iOS 7.1 battery life on the iPhone and iPad is a problem for a growing number of users that installed the latest free update from Apple. This update delivered a collection of fixes and performance boosts for older devices, but it also brought a bug with it that drains the iPhone battery faster.

Like most bugs that arrive with updates not every device is impacted, and those that see bad iOS 7.1 battery life don’t always see the same fast draining that is a major problem.

We previously shared how to get better iOS 7.1 battery life, but as more users update we are hearing more vocal complaints that there is something wrong with battery life on this new update. 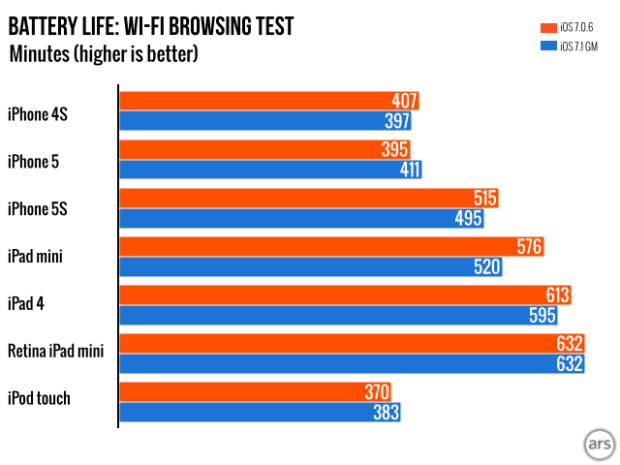 There is no overall iOS 7.1 battery life problem, but some users are impacted dramatically.

This chart shows small variations in iOS 7.1 battery life, which we expect to see when browsing the web for hours on multiple devices.

These are differences measured in minutes, not hours. The iOS 7.1 battery life complaints are from users that are seeing major drops in battery life, which come without a change in use. Typically we see fast battery drain even when the screen is off. This may also show a Usage and Standby time that is the same in Settings -> General -> Usage. This would indicate a major iOS 7.1 battery life problem for the user. If you are experiencing bad battery life after the update but these times are not matching, you may still have an issue.

Maybe it is just me, but I am noticing some battery issues after updating to iOS 7.1 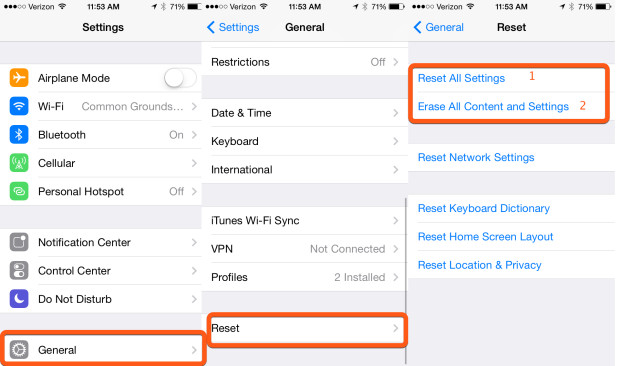 Here are steps to fix iOS 7.1 battery life if it is very bad on your iPhone.

You will need to Reset All Settings to make this work, and this is the first thing to try. Here is how to fix bad iOS 7.1 battery life without resetting your phone.

The iPhone will reboot and clear settings, but will not remove your content such as apps, photos and more. This is a good way to clear out issues without a full reset. if this does not fix the iOS 7.1 Battery life problems, it is a good idea to perform a full iPhone reset and set the iPhone up as a new device without restoring from a backup.

The steps are the same as above, but choose Erase All Content and Settings. This will wipe everything from the iPhone, so back up before you do this, even though we recommend not performing a restore. Setting up all of your accounts and apps is time-consuming, but it may be the fastest way to fix bad iOS 7.1 Battery life.