Apple’s brand new iOS 8.1.2 update brings bug fixes to iPhone, iPad and iPod touch owners. However, as we’ve pointed, it not only fails to fix some lingering iOS 8 problems, it also brings some problems of its own. In particular, some iPhone and iPad users are noticing bad iOS 8.1.2 battery life and today, we’re going to tell you how to go about fixing that.

Last week, several weeks after an iOS 8.1.1 update, Apple pushed out yet another iOS 8 upgrade aimed at squashing some of the lingering issues on board its new iOS 8 operating system. The company’s latest update is iOS 8.1.2, a tiny bug fix update that checks in at just over 20MB for most iPhone and iPad users. It’s aimed directly at a ringtone issue that sprouted up after the iOS 8.1.1 update.

While the iOS 8.1.2 update is aimed at fixing iOS 8 problems, it looks like the update is causing some issues for owners of the iPhone and iPad. In particular, we’re seeing complaints about broken Wi-Fi and Bluetooth, bad performance and the usual complaints about bad battery life. Battery life issues always seem to plague iPhone and iPad users after an update though most times, it’s not the actual update that’s causing the problems. Apps and other services are often the culprit.

Ever since I updated to iOS 8.1.2 my battery life has gotten horrible

Running iOS 8.1.2 and having weird battery life problems. Drops from like 36% to 19% in a second. Advice??? #help #appleproblems

How to Fix Bad iOS 8.1.2 Battery Life on iPhone or iPad

With that in mind, we want to try and fix that bad iOS 8.1.2 battery life for you. This guide delivers help to get better battery life on the iPhone, iPad and iPod touch. This guide will help with iOS 8 battery life, but it assumes that you already upgraded to iOS 8.1.2 for the fixes it brings to the iPhone and iPad.

If you want to fix bad iOS 8.1.2 battery life, you’re going to have to be proactive and one of the first steps you’re going to want to take is to get a handle on your applications. Third-party applications have a tendency to put a huge dent into battery life. If you use an application a lot, it’s going to drain your battery. But there are also times where bugs or issues might cause an app to go rogue and massacre your charge.

What you’ll want to do is start using the battery life usage tool that Apple included with its iOS 8 update. To start using this tool, head to Settings -> General -> Usage -> Battery Usage to see which apps use the most battery life in the last 24 hours and for the last seven days. Once you find an app that uses too much battery life, you can limit your use of it when away from power, stop its background activity or remove it completely from your iPhone or iPad. 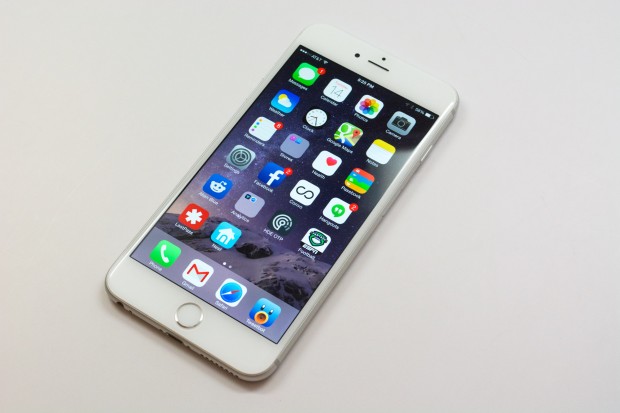 You’ll also see where poor cellular coverage is to blame for bad iOS 8 battery life. When your phone needs to search hard for a signal, it runs the battery down faster, so keep that in mind when you’re in spotty areas. You may need to turn on Airplane mode when you have no real cell signal.

Speaking of apps, your iPhone or iPad can refresh applications in the background so that the data is available right when you open the app. And while this is a great tool for those of you that are constantly on your phone or tablet, it’s also a great way to deplete the battery life.

Instead of turning Background app refresh off completely, you should find apps that use it too much and turn it off for them one by one to see if that solves any iOS 8.1.2 battery life problems. That way, you can keep the apps that aren’t using way too much juice. You can also just abolish the feature completely if you don’t want to take the time to do this.

To get this started, go to Settings -> General -> Background App Refresh -> Turn it off for each app that is using too much power. This should help you conserve some of your precious iOS 8.1.2 battery life though there are some other steps to take.

Apple’s iPhone and iPad include sensors that change the screen brightness based on the light in your current environment. Often times, the sensors will boost your screen brightness to unnecessary levels, killing off precious battery. You probably do not want this to happen so it’s in your best interest to eliminate this feature from your daily use.

To shut this feature down, go to Settings -> Display & Brightness -> Auto-Brightness -> Off and that way you’ll be able to manually adjust the brightness of your screen to help keep battery drain to a minimum. Remember, you can always turn brightness up or down on your own when you need it using the Control Center. Control Center is the feature that pops up when you swipe up from the bottom of the screen.

Restart or Reset Your iPhone or iPad

If you notice that the iPhone battery life is very short or that the iPhone is warm after putting iOS 8.1.2 on board, you need to restart it or reset it. Simply hold the power button and slide to turn off for a normal restart. Believe or not, this has fixed battery life problems in the past. It’s a simple fix but one worth trying if things start to get bad after you move to iOS 8.1.2.

You can also try resetting the iPhone or iPad by holding the home button and the power button for about 10 seconds. This will not remove any of your data and sometimes this is enough to fix whatever is draining the battery life on the device. It has worked for us in the past and it may wind up working for you as well.

Go to Settings -> General -> Reset -> Reset All Settings and then enter your pass code when prompted. This will take five minutes or so to complete and will put all of your settings back to default. This will not remove any data or photos from your iPhone and iPad. Again, this is the first step to take if you’re noticing major battery drain on your device and it’s fixed things for many users in the past.

If none of that works, you should try to install the iOS 8.1.2 update again using restore. You’ll need to do this on your computer with iTunes installed. This will wipe your phone completely. You can try restoring from your backup after the update, but if the problem returns, you will want to do this again without restoring from backup. Here’s how to do this.

This is not a short process. Expect to spend 20 to 45 minutes for this process, and maybe longer if you restore from backup. It’s going to vary from device to device, person to person.

If we somehow fail you, you should make an appointment with Apple and get an Apple Genius to look at your phone or tablet. Back up your iPhone or iPad before you go and simply ask them if your battery life is bad. They can test this in store and if you’re under warranty, they will replace it. There is a one year warranty by default and two years with AppleCare+.

In the past, Apple Geniuses have discovered bloated batteries and all sorts of other issues so if none of these software tweaks work, it could be a hardware issue at play. It’s worth a shot if you nothing here solves your problem.