After updating to the latest software, some iPhone users cannot upload photos to Facebook, encountering a lock screen telling them, “This app does not have access to your photos and videos.”

This guide will show users how to fix the Facebook cannot upload photos error so that users can upload photos from their Camera Roll to Facebook. 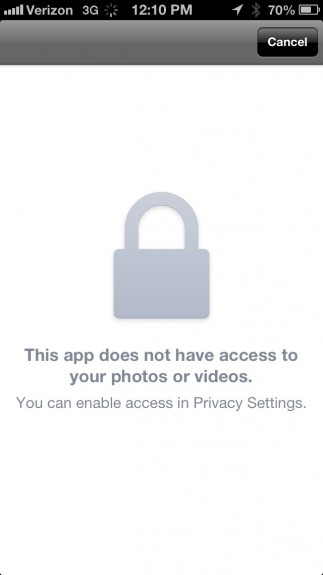 The problem is that some users may mistakenly deny Facebook access to the Camera Roll when it asks the first time. The new iOS 6 privacy settings prevent apps from accessing Photos and contacts without explicit permission. If a user tells Facebook not to access the camera roll they will see the Facebook photo upload lock screen shown above.

If the Facebook app will not upload photos from the camera roll, close the app and go to settings to fix the problem. The new IOS 6 Privacy settings menu allows users to control what apps can access photos and more. We’ll turn on Facebook’s access to the camera roll. These same directions can enable app access to photos and other information if an app says it cannot access photos or contacts and points a user to Privacy Settings. 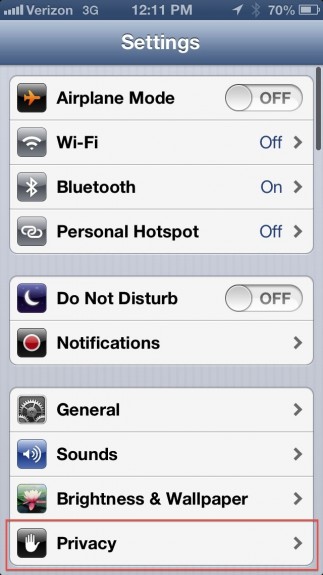 Tap on Privacy at the bottom of the screen, some users may need to scroll down to see the Privacy menu. 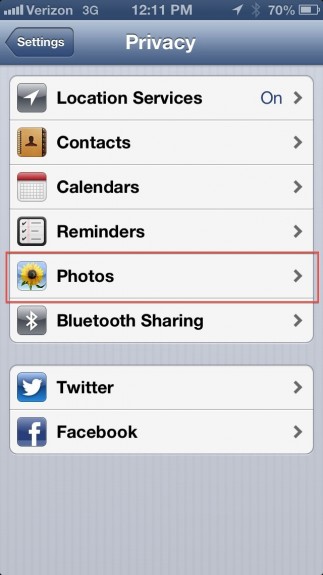 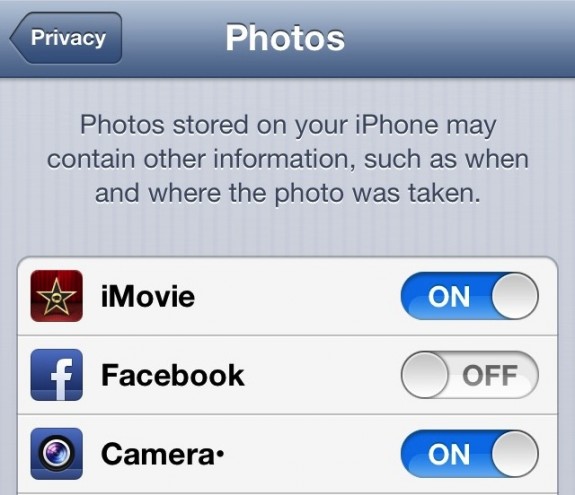 Some users will see multiple apps here, don’t be alarmed if there are no other apps on this screen.

After turning access on, check to make sure Facebook can upload photos. If the app prompts, allow access to the camera roll, but it should be good to go without asking.

Users will see similar prompts when using apps that access location, photos and contacts in iOS 6. This is part of Apple’s new plan to allow users to control their information better. If a photo app or social network app asks for permission to access Photos on the iPhone , most users will want to say yes.