Google’s new Pixel and Pixel XL smartphones have one of the fastest and most accurate fingerprint scanners. However, they aren’t perfect and some are having problems. Whether it’s to unlock the phone, use Android Pay or other things. With that in mind here we’ll go over some tips and suggestions to fix Pixel fingerprint scanner problems.

In October the new Pixel phones were made official, and are now available from Google or Verizon. Independent reviews suggest it’s the fastest fingerprint sensor yet. Faster than the iPhone 7.

Occasionally we get questions about the scanner, setting it up and more. Most are in regards to it failing to recognize a finger, and won’t unlock users devices. Resulting in needing to enter a pin or passcode. If you’re having problems, below are a few helpful tips, suggestions, and tricks to improve the experience. 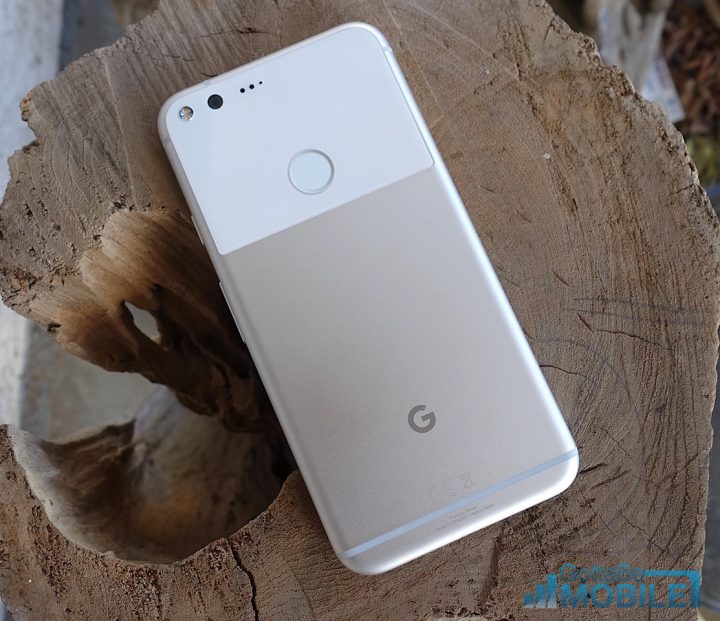 The fingerprint scanner on Google’s two new phones are great. Sitting right where an index finger naturally rests, making unlocking the phone natural and fast. Setup is easy too, and is one of the first steps when you boot the phone up for the first time.

Whether you skipped this step or are having problems, there are a few quick solutions to ensure its working at its best. Most problems come from dirty scanners or fingers, or third party accessories. We’ll address that and more below.

First up, if you’ve already added a fingerprint or two, make sure the scanner surface is clean, as it may not be getting an accurate reading. Dirt, pocket lint, fingerprint oil build-up and more could be causing it to malfunction.

However, the biggest thing is how you setup your fingerprint. The setup is pretty self explanatory, and requires less taps than Samsung devices, so you must get all 6-8 of them right. If you didn’t do it perfect, you may want to delete them and redo each saved fingerprint. Use the tip, lay it flat, change the angle and more for as many points of reference possible. 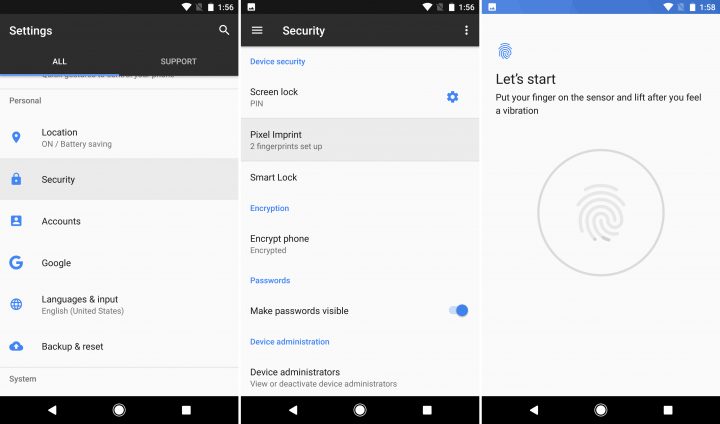 As shown above head into Settings > Security > Pixel Imprint > and Add Fingerprint or delete current ones. Deleting one and starting over typically fixes any problems users will face.

That said, what we see the most often is complaints from someone using a case. Most owners setup the fingerprint scanner when they first get the phone. Before installing a case. Later the angle is slightly different, resulting in mis-reads and failure to unlock the device.

If so follow the steps above once more, delete any fingers, and register them with the case installed. We’d recommend users setup both index fingers, as that makes the most sense, then add more if you’d like. Again, keep the case on if you use one, and make sure fingers and the surface are clean. A few reports suggested doubling the same print in the system, but we’ve had no problems that would warrant even trying.

Most users are enjoying the scanner without any issues whatsoever, but those who are having trouble will be frustrated. If things still aren’t working right we’d suggest maybe buying a different case, or doing a factory data reset (which will erase everything) and starting over completely. That is a last resort. So far the Pixel fingerprint scanner has been one of the best we’ve ever used. If you’re having problems try the steps above.