Google’s new Nexus 6P and Nexus 5x have some of the best fingerprint scanners on the market. They’re easy to use, fast, and accurate, but some users are having problems. Whether it’s to unlock the phone, use Android Pay or other things, it isn’t always perfect. Here we go over a few helpful suggestions to fix Nexus 6P fingerprint scanner problems.

In October the Nexus 6P debuted with an all-new fingerprint scanner similar to Apple’s TouchID, only it was around back. Instantly many reviews mentioned how great it was, learns fingers faster than the Galaxy S6 or Note 5 and more.

Read: How to Reset a Frozen Nexus 6P

Occasionally we get questions from users having problems, and see them in forums or Google+ comments as well. Most are in regards to it failing to recognize a finger, and won’t unlock users devices, and most end up typing in the backup password, pattern, or pin. If you’re having problems, below are a few helpful tips, suggestions, and tricks to improve the experience. 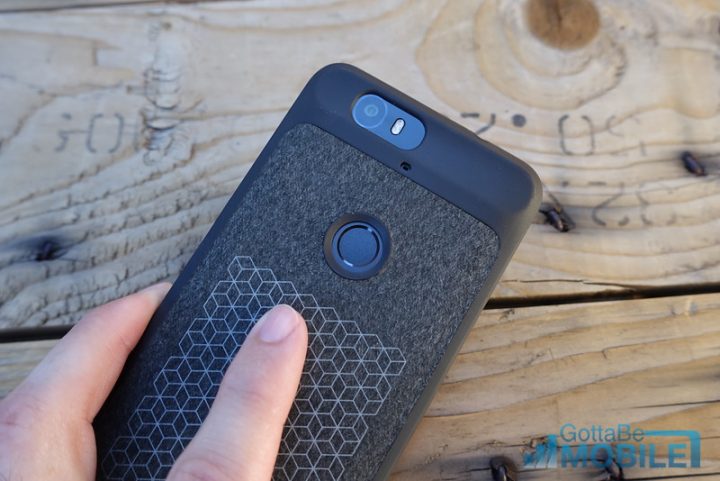 The fingerprint scanner on Google’s two new Nexus devices are amazing and fast. They’re right where an index finger naturally rests, making unlocking the phone natural and fast. It’s extremely easy to use, setup, and enjoy. My own Nexus 6P has no problems, and works nearly every time even months later, but that isn’t the case for everyone.

Read: How to Use the Fingerprint Scanner on the Nexus 6P

We’ve detailed how to use and setup the fingerprint scanner in our guide linked to above, so read on for some tips to fix any potential problems users are facing.

All it takes is a quick tap n hold less than a half a second, and the phone will unlock or do whatever it is owners are trying to do with their fingerprint. However, we’re seeing complaints that 40-50% of the time it doesn’t work, sometimes more, and users are getting frustrated. We don’t have this problem, so it could be a case, the saved scan, or other things.

If you’re having problems with the Nexus 6P or even the Nexus 5X fingerprint scanner, try these few things to improve the experience overall.

If your Nexus 6P fails to recognize a saved fingerprint it could be caused by a few different things. Below we’ll go through them all, the proper way to set up and insert your fingerprint, and a few other steps to avoid problems.

However, the biggest thing is how you setup your fingerprint. The setup is pretty self explanatory, but also requires less taps than Samsung devices, so you must get all 6-8 of them right. If you didn’t do it perfect, you may want to delete them and redo each saved fingerprint. In the video below we’ve fast forward to entering a fingerprint, and it’s a good example of doing different angles, sides, areas, flat end or the tip of your finger.

Those having problems with it not being accurate and failing to read a finger, delete it and try again. Simply head to settings > security > Nexus imprint > Confirm Pin then add more, or tap and either rename or “Delete” the currently saved scans. Now just add it again, and take it slow, make it accurate, and make sure the scanner and fingers are clean.

Some forum members claim doubling the same finger in the system for a better chance of success, but this just makes the system more confused, so we’d recommend only doing one entry for each finger. Google claimed its system learns the “imprint” over time and gets better, so we’d only recommend deleting it if you’re truly experiencing a lot of issues.

So what could be causing problems? A case. If you’ve recently added a new case to the Nexus 6P the angle may be slightly different, causing issues with the scanner. I’m not experiencing this with the official case, but I also re-scanned and saved my imprint after I added the case. So some should try that as well. Here’s the instructions one more time just in case.

We’d recommend users setup both index fingers, as that makes the most sense, then add more if you’d like. Again, keep the case on if you use a case, and make sure fingers and the surface are clean.

Most users are enjoying the scanner without any issues whatsoever, but those who are having trouble should try deleting them and starting over using all of the information provided above. If things still aren’t working right we’d suggest maybe buying a different case, or doing a factory data reset (which will erase everything) and starting over completely. That is a last resort.

How is Nexus Imprint on your Nexus 5X or 6P working? Let us know in the comment section below.