However, neither of these fix the issue permanently for any of the users reporting the problem.

Two users in the XDA Developers Forum dedicated to the Nexus 9 discovered the two fixes we’ll explain. The first comes from forum member oldswe, who discovered a simple fix by turning off Google Now. Here’s how to do it.

Start by swiping towards the right to show the Google Now screen on the Nexus 9 home screen. 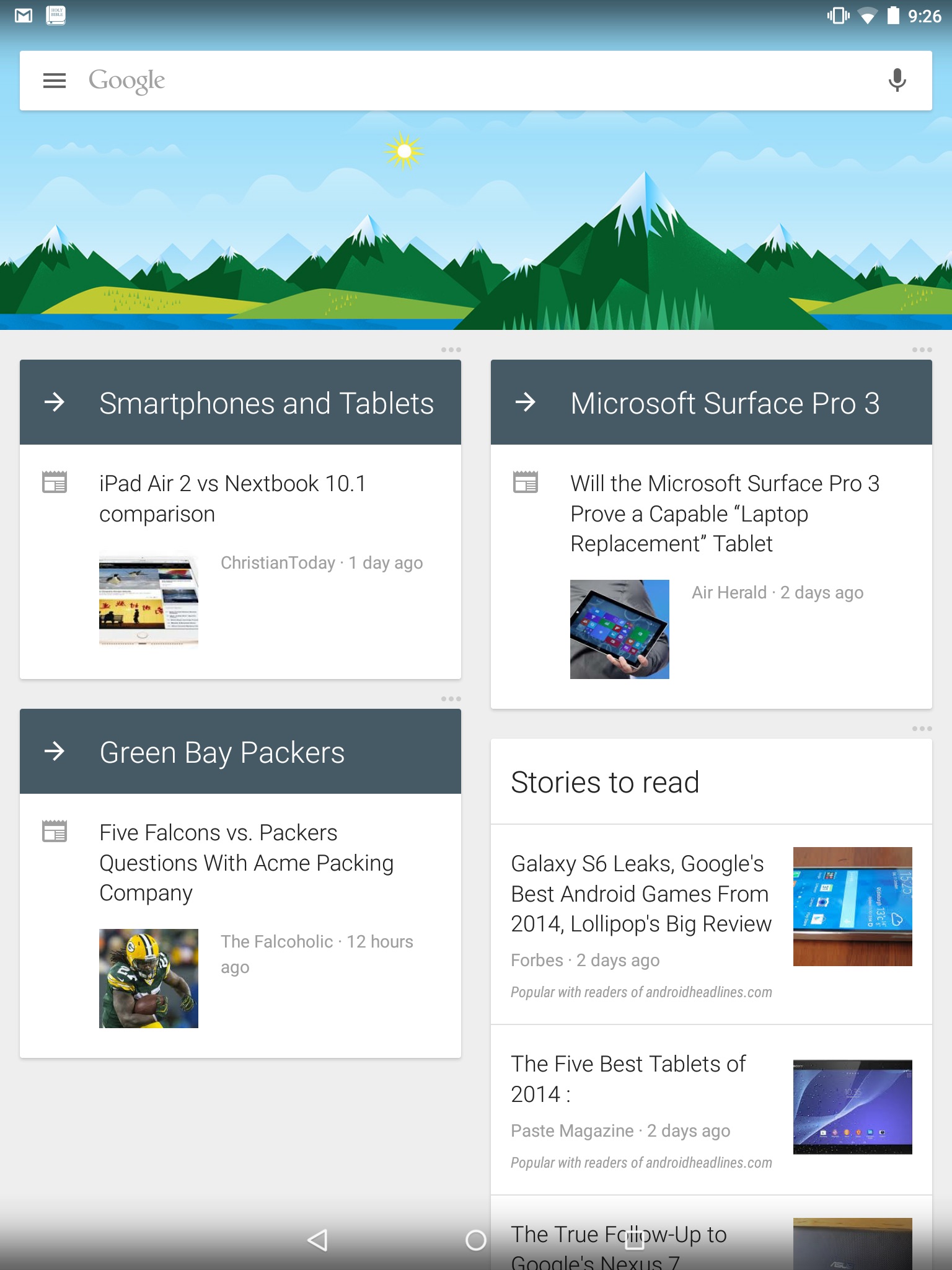 In the upper right corner, find the menu button that looks like three short horizontal lines next to the Google search box. Tap the button to show the menu bar that slides in from the left side of the screen. 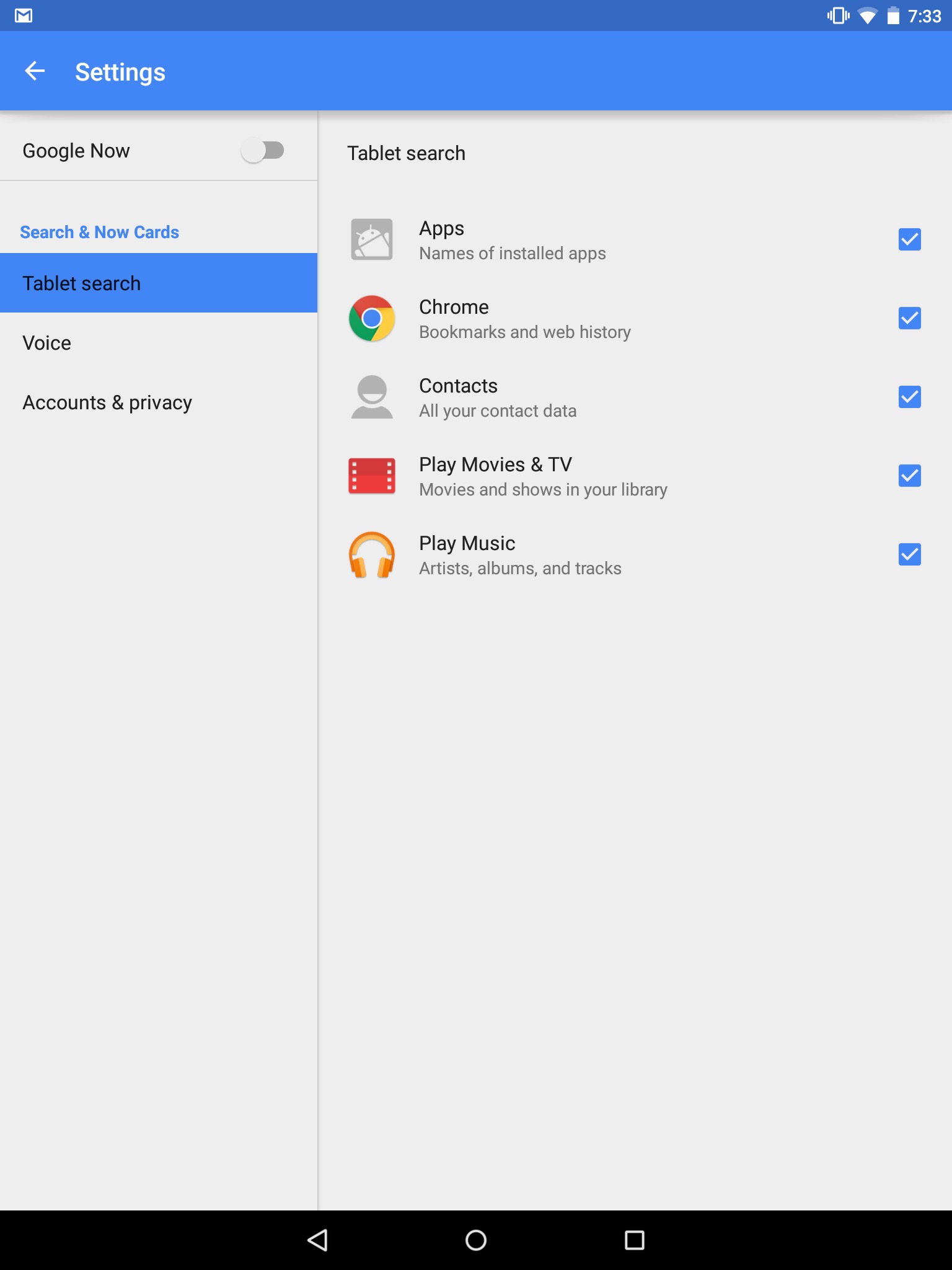 At the top of the Setting screen there’s a Google Now toggle switch. Tap it to turn it off. A box pops up asking the user to confirm turning off Google Now. Tap on TURN OFF to confirm it.

Nexus 9 auto rotation still won’t work until the user restarts their Nexus 9 tablet. Press and hold the power button (top button on the right side when the camera is at the top of the screen in portrait mode). Tap on Power off to turn off the Nexus 9. After it shuts down, restart it by pressing and holding the power button for a few seconds. The tablet will restart after about 30 seconds and the auto rotation should work now.

Some users found that location services also interfered with the Nexus 9 auto rotation. If the Google Now fix above doesn’t fix the problem, try turning off the location feature. Here’s how. 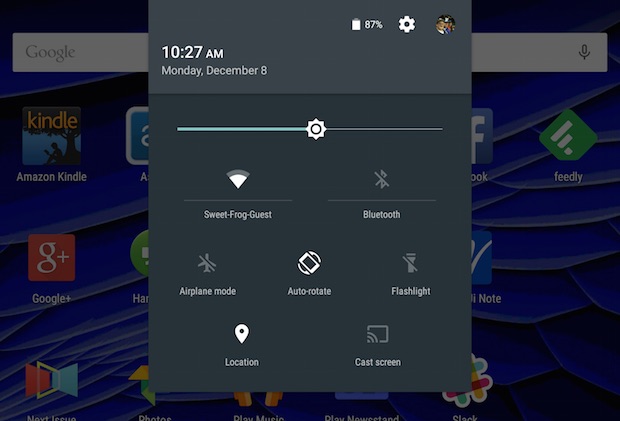 Pull down from the top of the screen to show the Notification area. Now pull down again to show the Settings toggle buttons. It sits in the bottom left spot on the screen. Tap to turn it off and reboot the tablet using the steps provided above.

Since turning off Google Now and/or Location services fixes the problem, this seems like a software problem instead of a hardware glitch. Some users report that they returned their Nexus 9 and received a replacement that didn’t suffer from the same problem.

Should users replace their tablet? If losing Location services or Google Now annoys a user, then she should replace it before the return period expires, 30 days for most. Since it seems like a software problem, then patience will likely result in a fix. Google will hopeful send out an update to their software that solves the problem. The recent Android 5.0.1 update didn’t fix it.

If enough people with the problem contact Google’s support team, the fix might come sooner than later. Find their phone number at the Nexus 9 devices support page. Also follow the discussion in the Google Help forums and XDA Developer’s forum.