If you’re having issues getting your photos to sync across your multiple Apple devices, especially on your Mac, here’s how to fix photo syncing problems with the OS X Photos app.

OS X Yosemite 10.10.3 was released back in April, and with it came the new Photos app for Mac, which replaces iPhoto and Aperture in favor of a photo-management app that’s fairly similar to the Photos app on iOS.

The new app is an improvement over iPhoto, but it isn’t just an updated version of iPhoto either. It’s an all-new piece of software that comes with a handful of new features, such as the ability to edit photos and even order photo prints right from the app.

One big new feature is iCloud Photo Library, which allows users to sync their photos across their Apple devices and even with iCloud so that they can access their photos online in any web browser. This allows photos that you capture on your iPhone to be automatically synced to your Mac, which is a handy feature to have for sure. 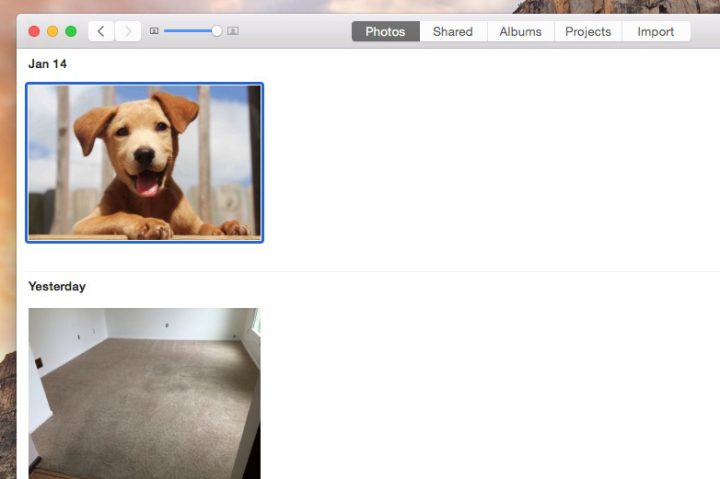 However, it’s only great when it works properly, and myself and other users have been experiencing syncing problems with the new Photos app as of lately, which isn’t too surprising since it’s a brand-new app — many of the kinks most likely still need to be worked out.

In any case, if you’ve been experiencing syncing problems with the OS X Photos app, here are some things you can do to try and fix it.

The first thing you’ll want to do when diagnosing syncing problems with the Photos app on your Mac is to make sure that the syncing features are turned on in the first place. 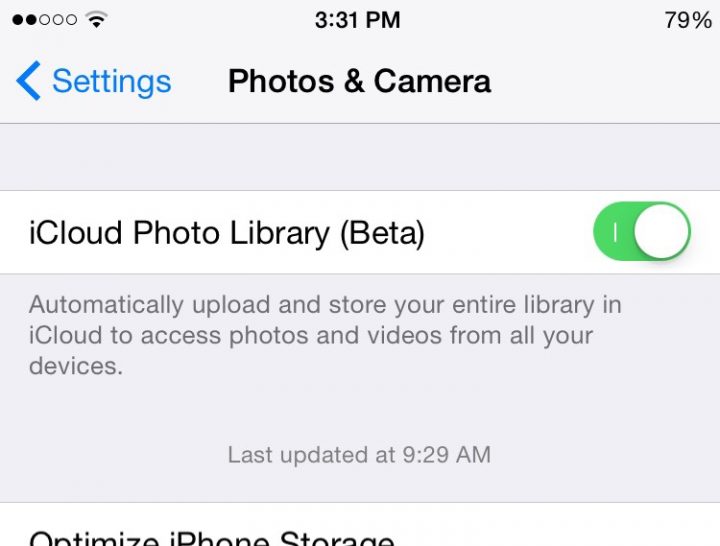 You’ll also need to make sure that it’s turned on on your Mac. Open up the Photos app, go up to the menu bar in the upper-left corner and click on Photos > Preferences. From there, click on the iCloud tab at the top and then make sure iCloud Photo Library is checkmarked.

At that point, syncing should occur between your iPhone and Mac, and if you want any other Apple devices to get in on the action, just enable iCloud Photo Library on those devices. 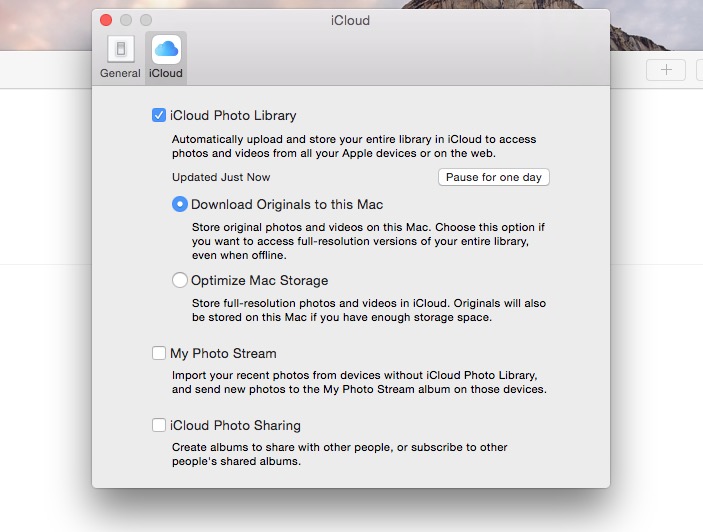 If after you have done this and photos still aren’t syncing properly (i.e., photos that you took on your iPhone aren’t popping up in the Photos Mac app) then there are a couple of things you can do.

First off, closing the Photos app on your Mac and re-opening may do the trick. That’s the most basic fix there is, but if that still doesn’t work, I’ve noticed that restarting your Mac will fix it for good. You can also even try disabling and re-enabling iCloud Photo Library on the devices that are having issues syncing, but even then I would recommend doing a restart.

Most of the time, I’ve noticed that the issue is usually with the Photos Mac app, so it’s mostly the Mac that needs rebooted or tinkered with to get it to work. However, it never hurts to close out the Photos app on your iPhone and opening it back up, as well as disabling and re-enabling iCloud Photo Library in the Settings. You can also reboot your iPhone if you’re having syncing issues on that end.

One thing to be aware of is that photos can take awhile to sync to the Photos app on Mac, even if you have a fast internet connection. It looks to be a bug in the app, which isn’t too surprising since I’ve come across several already while using the app. Most of the time, a simple reboot will temporarily fix any issues, but hopefully Apple addresses any problems with the Photos app in the next OS X update.