Between apps, music, photos and other data stored on the iPhone, running out of space is a common issue for many users. Unlike android phones, the iPhone does not have expandable memory, so the capacity that you have is what you are stuck with. This is becoming more and more of a problem as app file sizes increase due to HD content, and special camera features in the 5S like slow-motion video take up more space.

While running out of free space may seem like an unavoidable problem, there are many different steps you can take to fix it. By using the built-in usage monitor it is easy to tell where most of your storage is being used up. After determining where the largest files are on the iPhone, steps can be taken to delete these files to free up space on the user’s iPhone once again.

How to Find Large Files on the iPhone: 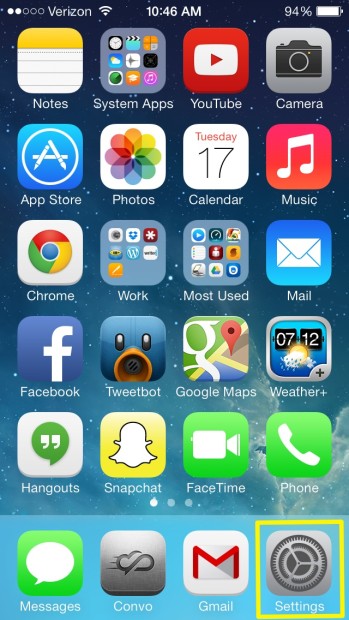 Scroll down and select General. 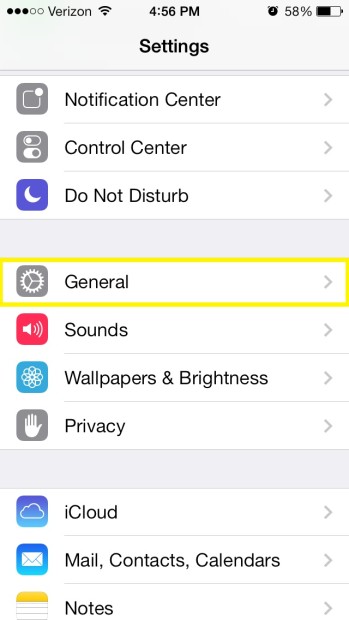 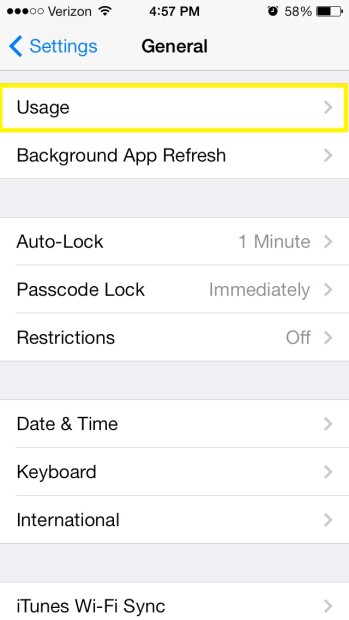 After giving the iPhone a few seconds to load, the usage screen that appears should look something like the image below. 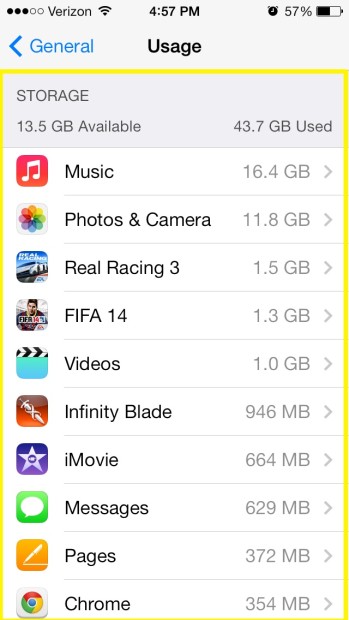 As you can see with the image of my usage, most of the space on my iPhone is used for Music and Photos. For most users it is safe to assume that photos will take up a large storage capacity on their iPhone. An option to eliminate this issue is by backing up their photos to a computer, and then removing the old photos from the iPhone camera roll. The user could place photos that they would like to have access to on their phone or in Dropbox to help keep space clear on the iPhone.

Another big area that eats up storage is apps. A few apps on my phone are close to or over 1GB and for users with a 16GB iPhone that is a huge amount of storage to be using just for an app. If you are low on storage consider getting rid of apps that you no longer need or use and evaluate what apps you need. The same goes for text messages as they can rack up storage space on the iPhone as well. By deleting old text messages it will improve the available storage space on your iPhone.

One last area that can be cleared out on the iPhone is the “other category.” This category may be a large file size for some users, but smaller for others. Either way it can be reduced and used as available space again on the iPhone.

Read: How to Reclaim “Other” Storage Space.