How to Get Back All Caps in iOS 9

iOS 9 was recently released and one small feature that many users are making a fuss about is the new iOS 9 keyboard and how it shows lowercase letters now. Here’s how to get back all caps in iOS 9.

Before iOS 9, when you typed on the keyboard, it would show all uppercase letters whether you held down the Shift key or not. This was merely a design choice by Apple, but many users quickly realized that it was hard to tell whether or not they had Caps Lock enabled or not, especially with the new Shift key that Apple introduced in iOS 8 — it made it difficult to know which case the keyboard was using.

It makes perfect sense, and beforehand users were so frustrated by all caps that a jailbreak tweak was eventually created that enabled this feature in iOS 8 and older.

However, not everyone likes seeing lowercase letters on the iOS keyboard, and they would much rather prefer all caps. Luckily, you can change this setting in iOS 9 and get back all caps in the latest version of iOS on your iPhone or iPad.

Personally, I like seeing the entire keyboard change to lowercase when I’m typing in lowercase, but if you’re more about consistency and don’t enjoy seeing the changes while you type, here’s how to turn off that feature and get back all caps.

First off, your first guess is to probably go into Settings and then go to Keyboard settings in the General section, but that’s actually not where the setting is.

Instead, you need to navigate to Settings > General > Accessibility > Keyboard. From there, you’ll see a settings called Show Lowercase Keys and a toggle switch next to it. Simply just flip that toggle switch until it turns from green to gray and you’ll be good to go. From now on, the keys on the keyboard will show as uppercase the entire time. 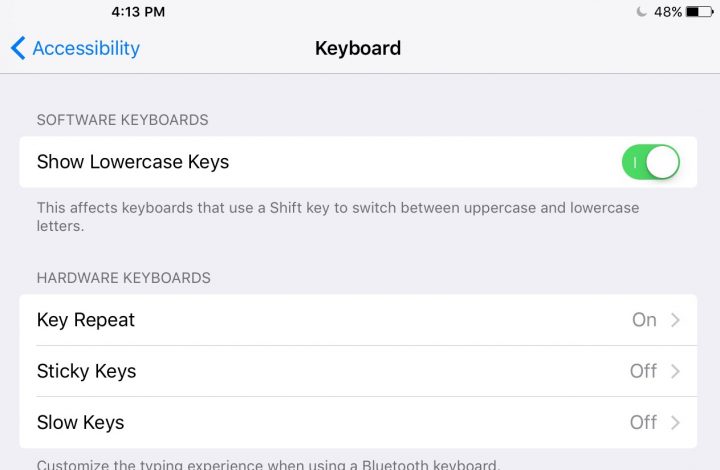 Again, this was a jailbreak tweak that Apple turned into a default feature in iOS, and the company has a habit of doing that with each new big version of iOS. In fact, there are several other jailbreak tweaks that Apple built into iOS 9, including the ability to move the cursor by swiping across the keyboard.

There’s also the new Picture in Picture Mode in iOS 9 that lets you watch videos while working in another app all together. This came from a jailbreak tweak called VideoPane, and it’s been around for a couple of years now.

Also in iOS 9, there’s a new Low Power Mode, the ability to search in settings to find the setting that you’re looking for quickly and easily, Split View multitasking on the iPad, and even put app shortcuts in the Notification Center. All of these features were jailbreak tweaks that iOS 8 users have been enjoying for a while. 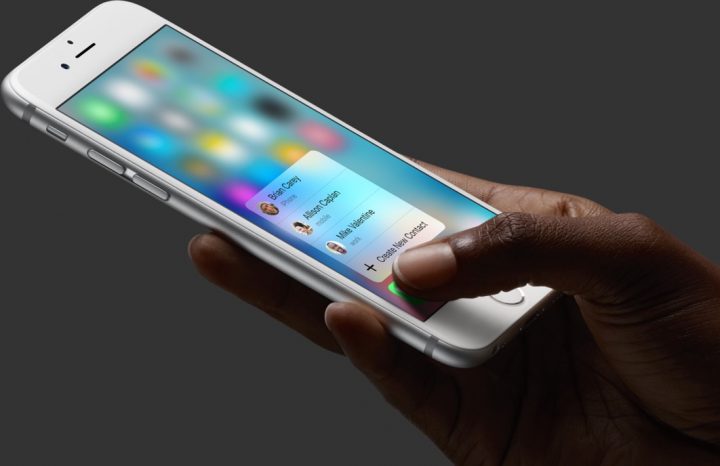 That’s perhaps one of the biggest benefits of jailbreaking — having the ability to add so much more functionality to your iPhone and iPad that stock iOS tries to keep up with. Of course, jailbreaking isn’t for everyone, as there are risks of more bugs and coming across general stability issues, but it’s something that is worth it if you’re comfortable going through the jailbreaking process.

However, iOS 9 is unjailbreakable at the moment, as is iOS 8.4.1. Only iOS 8.4.0 and older are able to be jailbroken and you can’t downgrade to a version that’s jailbroken, unfortunately.

Hopefully an iOS 9 jailbreak releases soon enough, but it may not be for a little while.