Users in a Microsoft support forum talked about mission “Add a wireless display” link in a five-page thread. Microsoft officially admitted the problem to some of these users who called Microsoft tech support, but Microsoft also doesn’t have a fix. We do! Here’s how to fix the problem of the missing link. 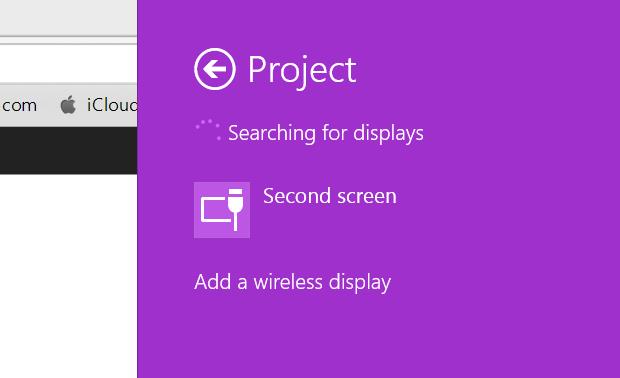 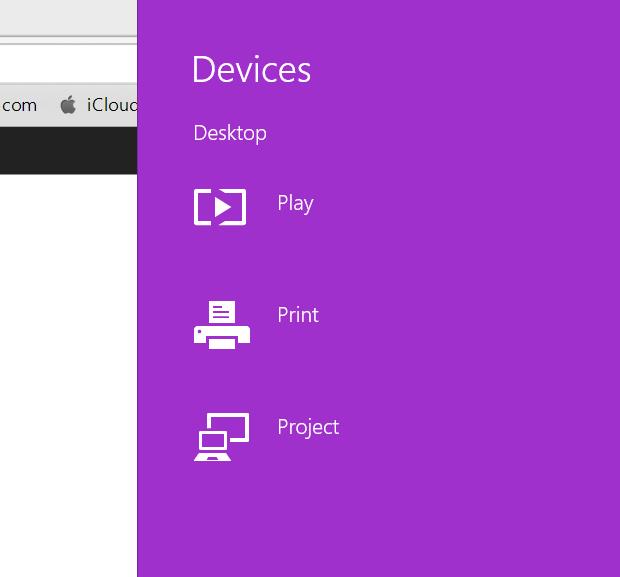 See if the “Add wireless display” link on the Microsoft Surface Pro 3 got removed by swiping in from the right side of the screen to show the Charms Bar. Tap on Devices and then tap on Project. There’s a link that reads “Add a wireless display” (see below) that the user can tap and it will search for displays with Wi-Di built-in or with a Wireless Display adapter plugged into the display.

If the link doesn’t show up, then the user will need to follow the steps below to fix the problem.

In the above mentioned forum people tried many fixes, like restoring their Surface Pro 3 to factory specs. Others tried to roll back Microsoft updates. However, the solution is simpler than either of those fixes. It’s also more reliable.

Open the Windows Device Manager from Control Panel. Do this by tapping the Window button on the right side of the Surface Pro 3. Type “Control Panel” and tap on the first item in the search results which opens the Control Panel.

Inside Control Panel click or tap on Device Manager and then on View from the menu across the top. Choose Show Hidden Devices from the View menu. 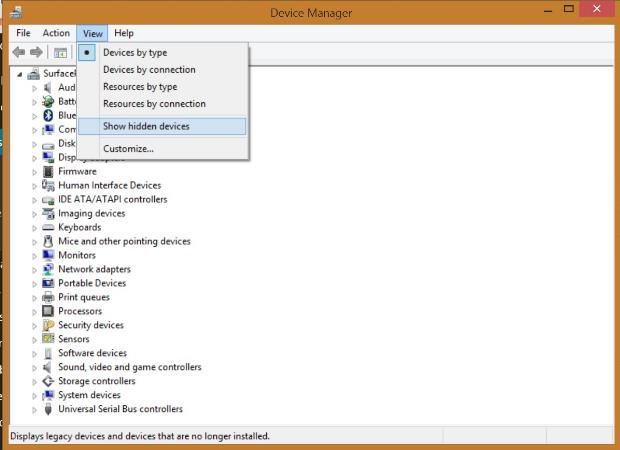 The list of devices will now include an item with a yellow exclamation point next to it. Click on that item and remove it by clicking on the Action menu and then choose Uninstall or right-click the item and choose Uninstall from the popup menu. You may see other items listed with the same name. Remove them all. Also get rid of all items with exclamation points. Then don’t do anything else but restart the Surface Pro 3.

The first time I tried this fix, I didn’t restart right away. Instead I clicked on the scan for new hardware button, third from the right on the toolbar button at the top of the Device Manager screen. It discovered the hardware and seemed to fix the problem, but I still couldn’t connect to my Wireless Display. I restarted and tried it again and it still didn’t work. The user must restart right after removing the items before trying to scan for new hardware and trying to connect again.

After a restart, the “Add a wireless display link” will now appear when the user opens the project screen by swiping in from the right side of the Surface Pro 3 display and choosing Devices, then Project. Tap on the link and let it find the wireless display. Now the user can choose one of the four options to display content on their second display.