If you want game for as long as possible on your PS4 without the controller dying, here’s how to get better PS4 controller battery life.

Battery life for any device is always a concern for many users. It seems that most battery-powered devices never have enough juice to make users content, which isn’t too surprising, as we always want more and more out of our batteries.

A decent charge will last about 7-9 hours for a PS4 controller, but there are a lot of things that can affect this. For instance, if you’re playing a game that uses the controller’s built-in speaker or takes advantage of the vibration more so than other games, it’s possible that battery life may not be as great as it could be.

For me personally, I don’t play my PS4 too often (maybe an hour or so every other night, if that), which means I can stretch out a single charge to a couple of weeks pretty easily. However, if you’re a hardcore gamer and marathoner, you’d be lucky to have a PS4 controller last as long as you’d need it to.

Luckily, there are a handful of things you can do in order to increase PS4 controller battery life, some of which are really easy and others require you to get your hands dirty a bit.

Without further ado, here’s how you can get better PS4 controller battery life.

If you didn’t know, the PS4 controller has a small built-in speaker to give gamers a more focused sound when they’re playing games. Some games take advantage of this speaker and some don’t but if you’d rather just not have the speaker on at all, you can actually turn it off. 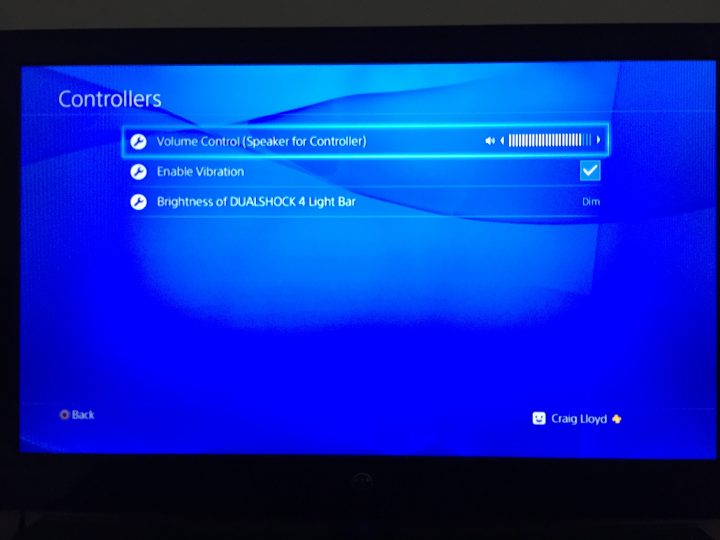 By navigating to Settings > Devices > Controllers > Volume Control, you can adjust the volume and turn it all the way down to completely keep sound from coming out of that built-in speaker, thus giving you a bit of a battery life boost.

The vibration of the PS4 controller is a huge part of the gaming experience. It gets you deeper into the world that you’re playing in, whether it’s the vibrations of going over the rumble strips in a driving game or feeling the force of a gun as you shoot a few rounds in a first-person shooter. 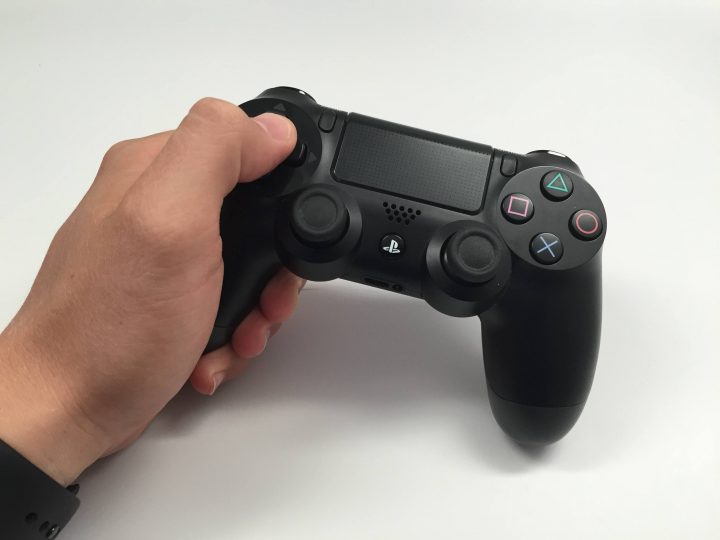 It’s a great feature to have, but it can easily hog the battery and drain it quicker than normal, especially if a specific game that you play uses the vibration more than other games.

To disable the vibration and turn off the motors, simply go into Settings > Devices > Controllers > Enable Vibration and then uncheck the box.

Your PS4 controller has an LED light called the Light Bar that shines a different color for each player if you’re playing with friends. It’s also handy to have to tell when your controller is on or off. 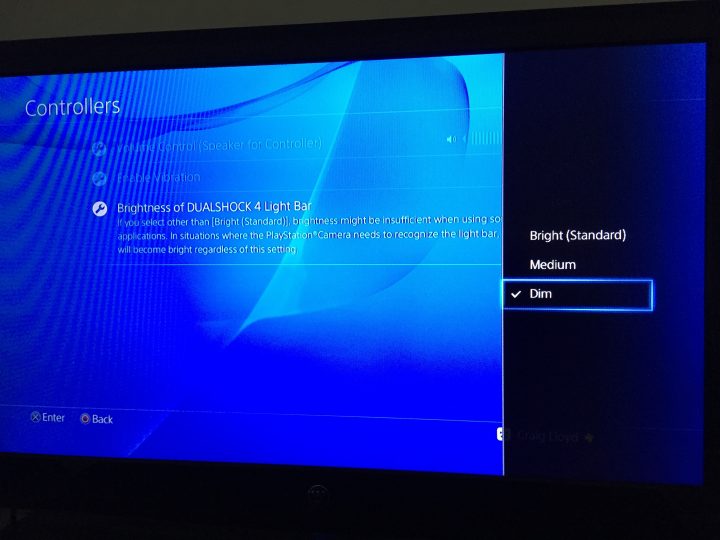 However, the Light Bar is actually set to its highest brightness by default when it doesn’t really need to be, but you can dim it down on your PS4.

Navigate to Settings > Devices > Controllers > Brightness and set it to the lowest brightness setting, which is “Dim.” This won’t save a ton of battery life, since LEDs are super energy-efficient anyway, but every little bit helps.

Automatically Turn Off the Controller

While you’ll most likely use your PS4 controller at all times, if you use your PS4 for watching movies and such, then your controller sits unused while still powered on. However, you can set it so that it will automatically turn off after a specific amount of time. 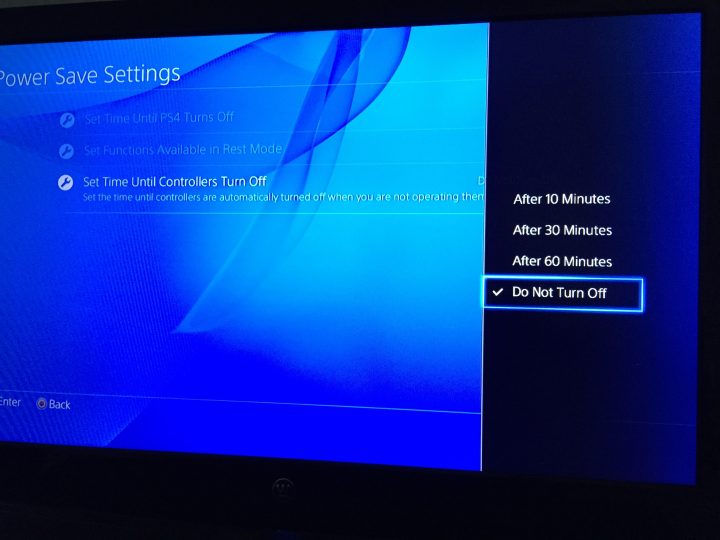 Simply go to Settings > Power Saving Settings > Turn Off DualShock 4 Automatically. It’s automatically set to off, but you can switch it on and select an amount of time that you want to pass before the controller shuts off due to inactivity. You can set it to 10, 30, or 60 minutes.

You can also power off the controller manually and still keep your PS4 system on by pressing and holding down on the PS button for 10 seconds.

Get a Bigger Battery

If you’d rather keep all of the above features enabled and turned on, you’re not completely out of luck if you want to get better PS4 controller battery life, but it will take a bit of hands-on work. 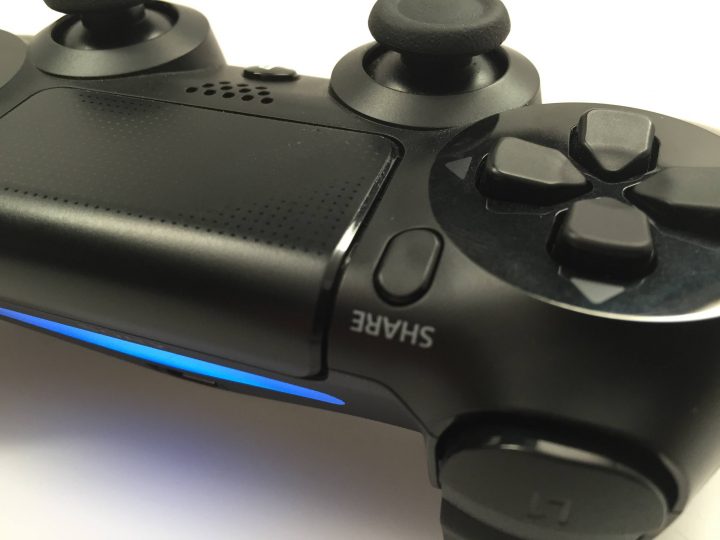 The PS4 controller comes with a 1,000mAh battery, but you can actually fit a 2,000mAh inside, and they’re really cheap.

All you have to do is unscrew the PS4 controller and then unplug the battery from its connector on the side and replace it. iFixit has a complete guide on how to do this.

Get a Second PS4 Controller

What I find myself doing if my PS4 controller is running out of juice is simply switch to my second PS4 controller and charge the old one while I continue to play games. 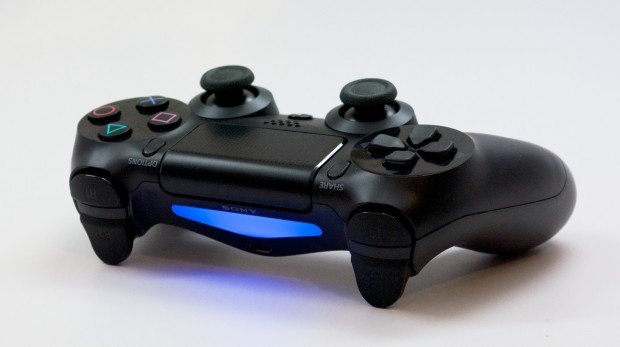 You can even get one of these charging stations that can charge two controllers at once, so if you happen to go through both controllers, you can charge both of them at the same time and be ready to go for the next marathon gaming session.