Black Friday is once again upon us, and as we get closer to the shopping holiday, here’s how to get Black Friday deal alerts for anything.

We’ve already covered a whole bunch of Black Friday deals that you’ll be able to take advantage of come the actual day, but if you don’t have time to keep up with all of the Black Friday ads and would rather just receive alerts on your phone or through email, there’s a way to make that happen.

Black Friday falls on November 27 this year, and it’s always the day after Thanksgiving and is the unofficial start to the holiday shopping season so to speak. It’s the one day were retailers kick it all off with huge deals that attract large crowds.

If you’re interested in getting some good Black Friday deals, but don’t want to take the time to look through all of the ads for that one thing you’re wanting to buy, here’s how to get Black Friday deal alerts for anything.

A handful of stores have already revealed their Black Friday ads, but if you want to get alerts for any further ads that pop up over the next couple of weeks leading up to the holiday, you can sign up for email alerts on BlackFriday.com. 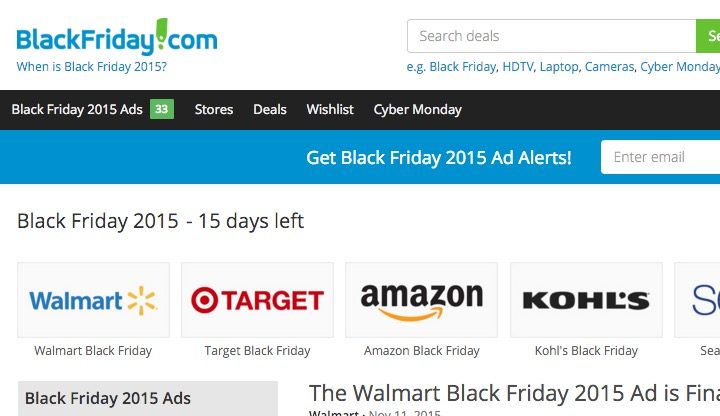 There will be a banner toward the top where you can enter in your email address and instantly sign up for Black Friday ad alerts, that way you’ll never miss an add.

If you haven’t signed up for these alerts yet, make sure to do it now, and then take some time to go through the current ads to catch up. There are a lot of good deals that have already been revealed, including some great deals at Best Buy.

Get Alerts for Specific Products

While signing up for alerts to get Black Friday ads right in your inbox is fairly easy, getting alerts for specific products that you’re eyeing can be a bit more work, but it’s worth it in the end if it means getting a great deal on a new television, gaming console, or tablet.

Perhaps the easiest solution is to download the BlackFriday.fm app on your iPhone or Android device. Within the app, you can add products to your wishlist and track its price. It’s not necessarily alerts for specific products, but it’s a quick and easy way to organize the only things that you’re interested in buying on Black Friday. 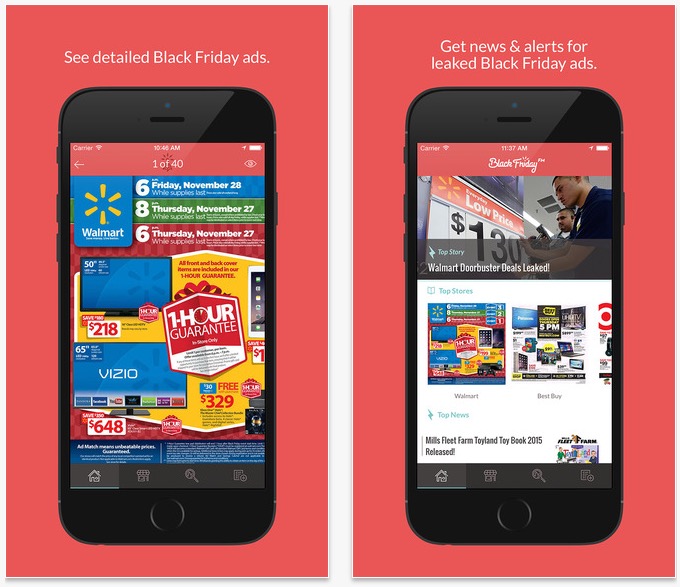 If you want to get honest-to-God deal alerts on your iPhone or through email whenever something you’re interested in goes on sale, it’s a bit more tricky than you might think, but you can make it happen.

Unfortunately, there’s no magical way to set up one alert for deals on a HDTV that searches the entire gamut of the internet, but by setting up a few deal alerts at different places, you’ll have a pretty good army looking out for you.

Let’s start with Amazon, which is one of the largest online retailers in the world, if not the largest. They’ll have some pretty awesome Black Friday deals going on, as they always do, and while you can’t set up alerts for specific products that searches their whole website, you can monitor their Gold Box deals for something specific.

IFTTT is a great app to use for this kind of thing, as you can add a recipe that will send you a notification every time there’s a new deal for a specific product, like an HDTV or a PS4. Below is the recipe that you’ll want to add.

Just like with the Amazon Gold Box IFTTT recipe, it uses SlickDeal’s RSS feed and searches it for the keyboard that you specify, so whenever a new deal that contains your keyword is added to the RSS feed, you’ll get a notification.