How to Get iOS 6 Right Now

Yesterday, Apple announced that it will release iOS 6 to iPhone, iPad and iPod touch owners on September 19th. And while that is just a few days away, those who don’t wish to wait can install iOS 6 right now if they want.

After yesterday’s iPhone 5 and iOS 6 announcement, Apple posted the iOS 6 Gold Master build for developers to use ahead of iOS 6’s September 19th release date.

However, according to Lifehacker, the software is currently available right now for those who wish to install the update early, thanks to some resourceful folks who posted the update. 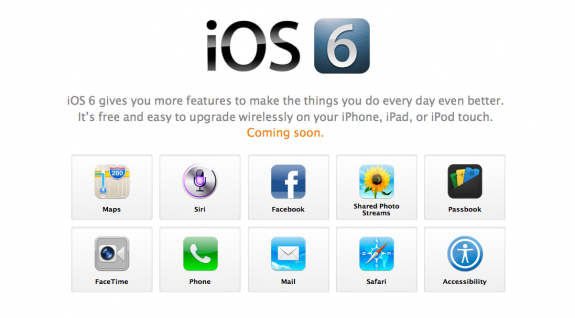 iOS 6 is available right now for those that can’t wait.

Keep in mind, while these updates are confirmed to be working versions of iOS 6, it’s possible that something could go wrong and that installing this update could pose a risk to your iPad, iPhone, or iPod touch.

If that doesn’t sound like a plan, wait a few days. Apple will roll out iOS 6 to all compatible iPhone, iPad and iPod touch devices next week. That’s not too bad of a wait.

Those who wish to take the plunge a few days early though, read on, as we tell you how to get iOS 6 for the iPhone, iPad and iPod touch up and running right now.

This process could take awhile so remain patient.

Get the Right iOS 6 File

Next, you’ll need to download the iOS 6 Gold Master from Rapidshare, the links are below. For those that are unfamiliar, the iOS 6 GM is essentially the consumer version of iOS 6 that will be released on September 19th. This means it comes loaded with all of the 200+ features that will be coming for the iPhone, iPad and iPod touch. 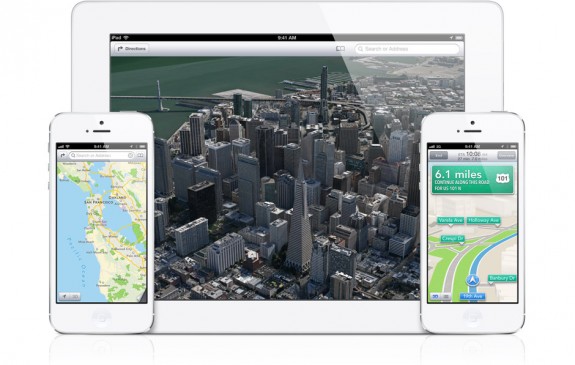 Apple’s new Maps app is one of the biggest changes in iOS 6.

Before downloading, you’ll also want to update your version of iTunes to the latest version.

Once you have that file downloaded, take a deep breath because the next part is essential. These next details will guide you on how to install iOS 6 onto your device.

They are relatively simple but make sure you follow them carefully.

1. First, open up the disc image which is a .dmg file. Then, once that is open, find the iPhone Software Update file which is a .ipsw file. You will then want to take that file to your desktop. Keep in mind, this is for Mac owners only. Windows users will, as recommended by Lifehacker, will need to use a tool like 7-Zip to extract the file. The process is similar but Windows users will have to open a .hfs file inside the .dmg file.

2. Next, you’ll want to make sure iTunes is open and then connect your iPhone, iPod or iPod touch to your computer. Make sure that it’s selected within iTunes.

3. Then, for Mac users, hold the option key. For Windows users, hold the shift key. At that point you’re going to want to click the Restore button. Again, make sure you made a backup of your content before you do this.

4. You’ll now be able to browse for the .ispw file and at that point, you’ll want to select it and then grab some water as it starts to install.

Something else to keep in mind is that this installation often doesn’t work for everyone. It will work for some of you and won’t work for others. Fortunately, if it doesn’t work, the official consumer version of iOS 6 will be out in just a few days to enjoy.