iOS 9.3 is in beta mode currently, but Apple revealed all the new features coming to the new update earlier this month, including a new iOS 9.3 night mode feature called Night Shift.

What this does is automatically change the screen’s color temperature to a warmer tone when the day shifts to night, making the display easier on the eyes by getting rid of the harsh blue hue that LCD screens emit.

It’s a really cool feature and one that we’re excited for, but you can actually already use such a feature on a jailbroken iPhone or iPad, thanks to a Cydia tweak called F.lux.

Furthermore, you can get F.lux on your Mac or Windows computer for free without updating anything, allowing you to essentially take advantage of iOS 9.3’s night mode feature right now before the update is even out.

Here’s how to get iOS 9.3’s new night mode feature on your Mac or Windows machine.

The Big Problem with LCD Screens

The backlight of LCD screens emits a cooler color temperature, which is to say that this light is meant to closely match the color temperature of daylight, rather than the warmer color tone of your indoor lamps.

It’s not a problem during the day when the sun is out, but at night, that cooler color temperature can mess with your eyes, and since the color tone emitted from your monitor closely matches daylight tones, your brain thinks it’s still daylight out when it’s actually 11pm at night.

Because of this, looking at LCD screens at night can mess with your circadian rhythm, which is the 24 hour cycle in the physiological processes that human beings go through. One part of the circadian rhythm is the day and night cycle, and when the sun goes down, that’s a signal to your brain that it’s time to settle down and get ready for bed.

However, that bright blue hue that your screens emit can mess with this. Luckily, there’s a quick fix.

F.lux is available for free on any Mac or Windows computer, as well as on jailbroken iPhones and iPads. However, we’ll be only focusing on Mac and Windows for this.

The first thing you’ll want to do is go to F.lux’s website and download the free tool. From there, install it like you would any app and then fire it up. 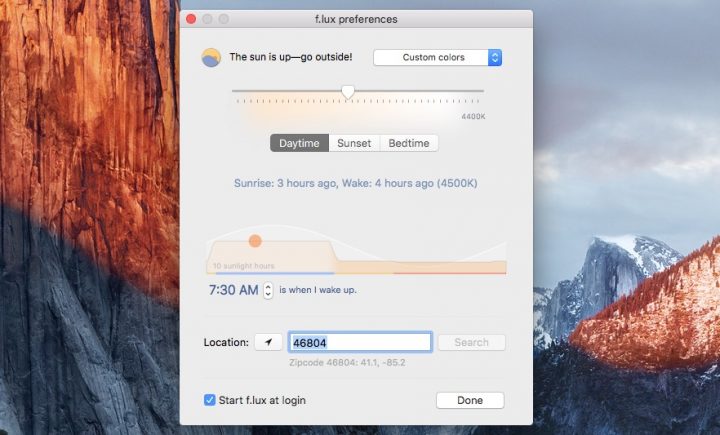 On Mac, a small icon in the menu bar will appear, whereas on Windows it will be down in the system tray.

Opening up F.lux’s preferences will give you a small window where you can adjust F.lux and personalize it by adjusting when the screen adjusts its color temperature settings. 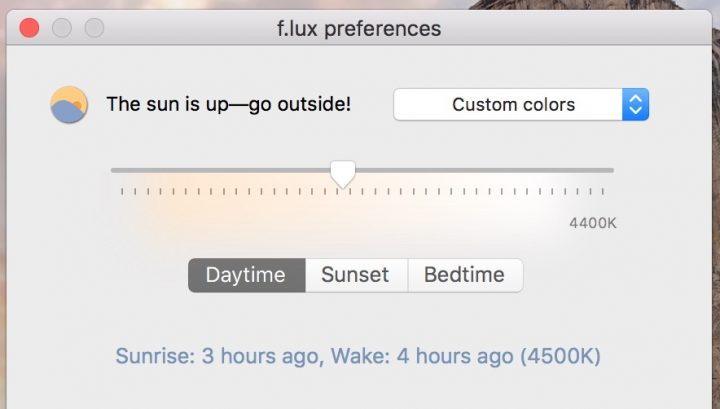 You can also tell the app when you normally wake up so that your screen will be at the optimal color temperature when you wake up, as well as when you go to bed, based on the traditional eight hours of sleep. 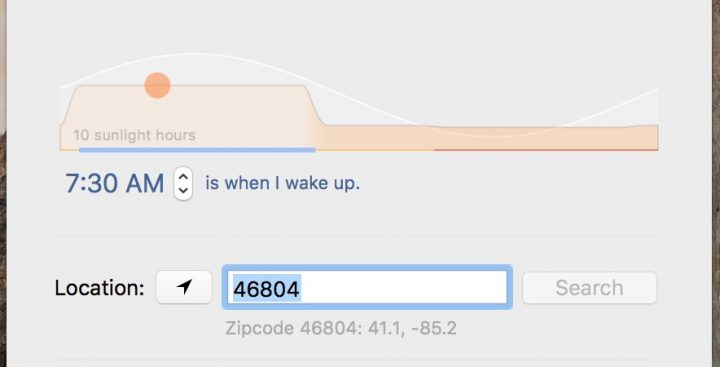 Finally, you can set your location for more accurate results as far as where the sun is in relation to the sky at a specific time, based on your location, simply because the sun can be at different positions at different locations, even though the time is the same.

Be sure to place a checkmark next to Start F.lux at login so that it will automatically turn on when you turn on your computer.