How to Get the iPad Pro's Resolution on iPad Air

The iPad Pro is Apple’s latest addition to the iPad lineup set to release at some point in November. It’s main feature is its 12.9-inch display, giving it a screen as larges as the MacBook Air’s screen, but still keeping the iconic iPad design with nearly the same thinness as the iPad Air.

Its performance is also something that is unmatched, rocking Apple’s new A9X processor with 4GB of RAM, making it the most powerful iPad that Apple has made yet.

However, one of the biggest downsides to the iPad Pro is its price. The tablet will start at $799 when it’s released and go all the way up to $1,079 for the 128GB WiFi+Cellular model. That’s a pretty penny to pay for an iPad, especially if you’re mostly just a casual user, but if that higher resolution is screaming your name, not all hope is lost.

Here’s how to get the iPad Pro’s resolution on your iPad Air or iPad mini. 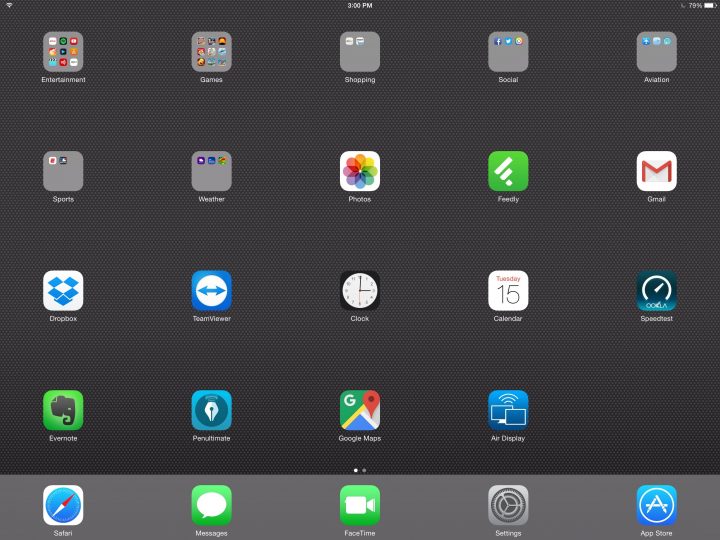 While the iPad Air already comes with a ridiculous resolution, there’s no harm in bumping that up a bit to match the iPad Pro’s resolution of 2732×2048, but how exactly do you do that? 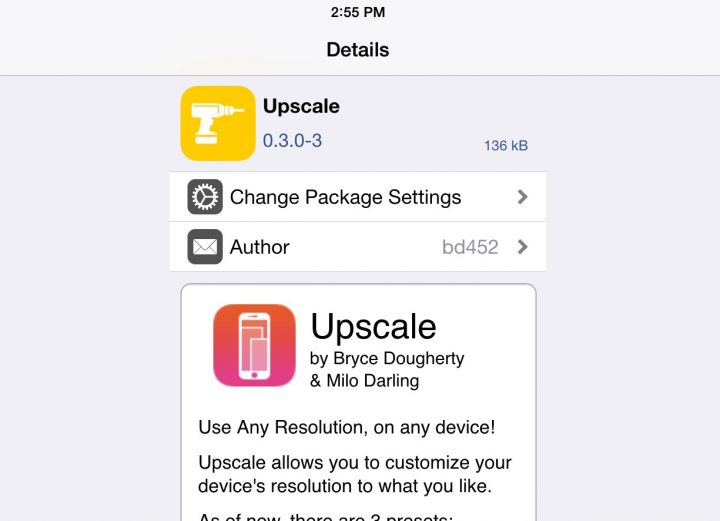 Once your iPad is jailbroken, you’ll simply open up Cydia, tap on Sources at the bottom, hit Edit in the top corner, and then tap Add.

Next, you’ll type this into the pop-up text box that appears: repo.bd452.com. This is the repo that houses the Cydia tweak that we’ll need to allow you to boost the resolution of your iPad.

Once the repo is installed, tap on the Search tab at the bottom of Cydia and type in Upscale. This is the name of the tweak that we’re looking for. Go ahead and install it.

After it’s installed, head into the Settings on your iPad and scroll down to Upscale in the sidebar. From here, we’ll be entering in a custom resolution. 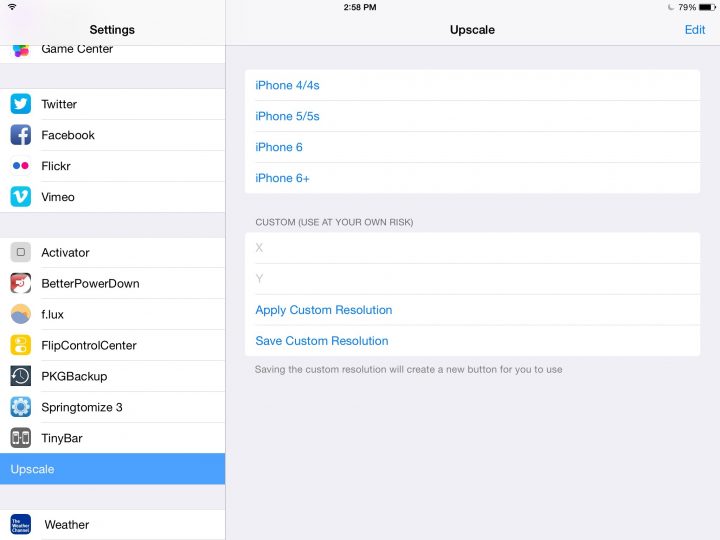 In the “X” field, type in 2048 and in the “Y” field type in 2732. Hide the keyboard and then tap on Apply Custom Resolution and then tap Proceed when the pop-up comes up. Your iPad will go dark for a few seconds, but will come back running the new resolution. 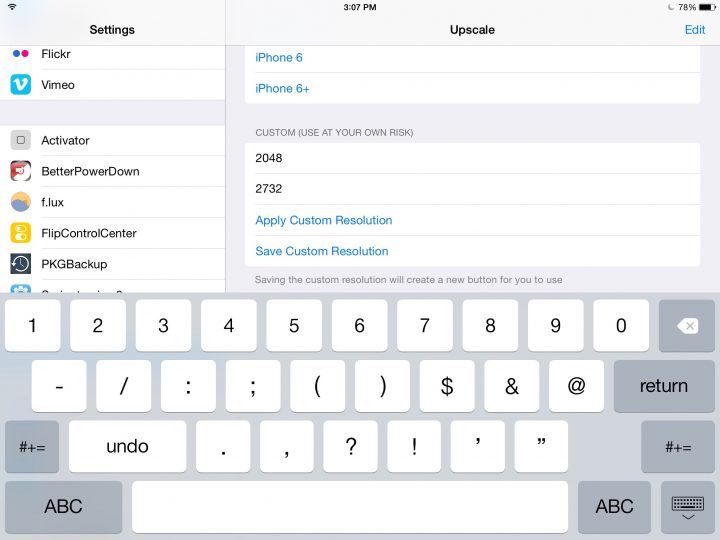 From there, you’ll be set to go and can begin to use your iPad on the new iPad Pro resolution. As you’ll probably notice, everything looks smaller, but that means more information can fit on the screen at once.

There are a couple of goofs that you might notice, including the keyboard not stretching across the width of the screen, and photo thumbnails in the Photos app may give you a bright pink instead of the actual thumbnail, but other than that, the tweak works pretty well and the resolution works good as well. 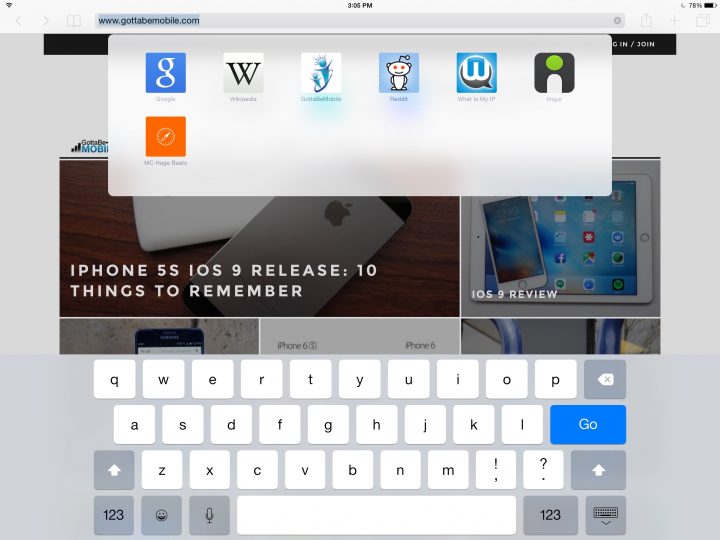 However, games are one thing that won’t use the new resolution, as once you launch them, the iPad will go back to its native resolution, but when you exit a game, you’ll be back to the custom resolution that you entered in.

Upscale can be useful on the iPhone as well, especially on older devices like the iPhone 5s where you can use Upscale to get the same resolution as the iPhone 6.