I’ve been out of the iOS game for a little bit and haven’t done any updates on my iPad since last November. In the last 2 weeks, I have set up 2 iPhones, updated my iPad to iOS5, and today I set up my son’s new iPod Touch. In doing all this, I have noticed a pattern. The annoying Newsstand Icon. I tried deleting it, I tried moving it, and just gave up. When I was setting my son’s new iPod up, I wanted to get most anything that might tempt him to use out of sight so I searched for a way to get rid of this icon.

I found a post right here on GottaBeMobile by Josh letting us know that about this annoying icon which is technically a folder. He said, “Don’t Want Newsstand? Too bad“, but the good news is that a commenter shared the secret on how to move the icon to a folder. This isn’t really “getting rid” of the icon, but at least we can get it out of sight.

I tried it on my son’s iPod and it still works. 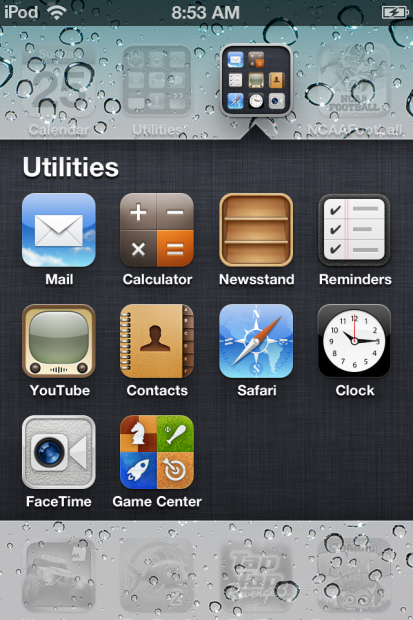 I then moved to my wife and daughter’s iPhone 4s and got them out of sight too.

Here’s how you can hide the Newsstand Icon into a folder: