How to Hide Files on Mac

If you have sensitive files that you need to keep away from prying eyes, here’s how to hide files on Mac.

Most of the time, your files don’t really need to be hidden because most users probably won’t care, but if you have a handful of “important files” that you’d rather not leave out in the open for someone to find, there are ways that you can hide files so that they’re completely hidden from the naked eye.

Luckily, there are several methods that you can use for hiding files, some of which are more complicated (but also better at hiding files), while others are easier to use (but not completely foolproof).

And no, just putting your secret files deep into a nested folder system won’t hide them, as you can still search for them using Spotlight Search fairly easily.

Without further ado, here’s how you can hide files on Mac.

This method involves using Terminal, which is a built-in Mac utility that shouldn’t necessarily be used by novices, but it’s the best method for completely hiding files. Plus, as long as you follow the steps and copy-and-paste the commands in correctly, then it’ll be easy. 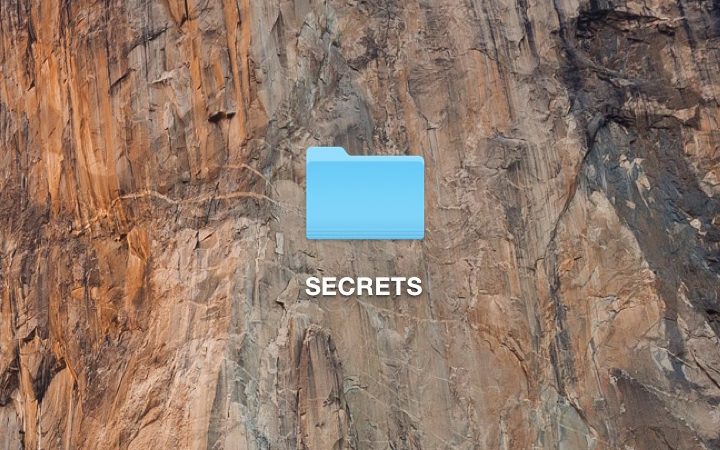 First, open up Terminal by going into the Utilities folder in Applications (or just type in Terminal in Spotlight Search and hit Enter). Once it’s open, type in chflags hidden followed by a space. Then find the folder that you want to hide and drag-and-drop it into the Terminal window. This will put in the file path to the folder without you having to type it in.

Next, hit Enter and that folder will then be hidden completely, with no way of accessing it other than to go back into Terminal and unhide it. 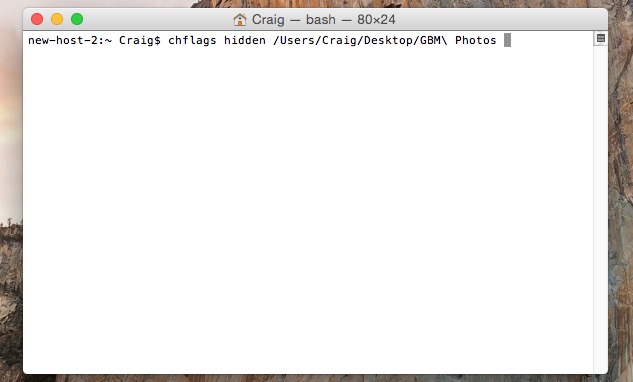 To unhide the folder, type chflags unhidden into Terminal followed by a space. Since you can’t drag-and-drop the folder into Terminal this time, you’ll have to manually enter in the path to the folder.

Again, this isn’t the most convenient method, but it’s the only 99%-foolproof method that you can take advantage of if you need complete secrecy.

If Terminal isn’t something you want to mess around with, you can use third-party apps to hide files and folders, which is easier overall, but easier to get around.

One of the best apps for hiding files and folders is called Obscurity, and it’s absolutely genius. 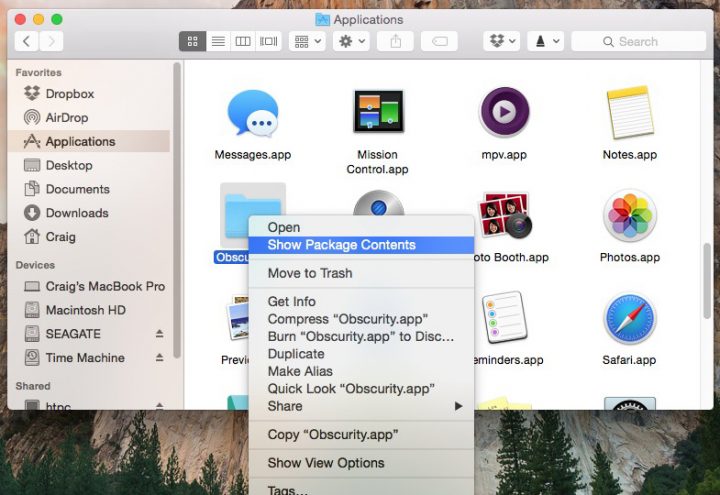 Obscurity is an application disguised as a folder, and when opened normally, it reveals just an empty folder. However, by right-clicking on it and selecting Show Package Contents, you’ll reveal all of your hidden files.

From there, you can drop in any files into the folder that you want, and they won’t show up in Spotlight Search results or in Smart Folders either. Plus, you can rename the “application” to whatever you want and place it anywhere you want on your Mac. You can also create as many of these folders as you want by copy-and-pasting Obscurity multiple times.

The only downside to this method is that if people know about this app, it can be pretty easy for them to figure it out and find your hidden files with little effort.

Open up Disk Utility by simply typing in Disk Utility in Spotlight Search and hitting Enter. Once it opens, Go up to the menu bar and navigate to File > New > Disk Image from Folder.

Choose the folder that you want to encrypt and click Image. Give it a name and make sure you select 256-bit AES Encryption in the drop-down next to Encryption. From there, hit Save and you’ll then be prompted with giving the folder a password that will prevent others from accessing it. Enter in a password and click OK.

This method with create a disk image that you can put anywhere on your Mac, and while it won’t be hidden necessarily, anyone who tries to open it up will be required to enter in the password, which only you will know (hopefully).