iPhone and iPad users that don’t want to see the Newsstand app icon on their device running iOS 6 can hide Newsstand in a folder without jailbreaking their device.

There’s still no way to delete Newsstand without jailbreaking the iPhone, but with a new desktop app StifleStand, from Cydia developer Filippo Bigarella, it is possible to hide it.

In iOS 5 Apple introduced Newsstand, a new way to keep track digital magazines and newspapers organized, much to the dismay of many users. Because Newsstand acts as a folder it cannot be placed into a folder, which leaves many iOS users with a useless app taking up precious space on their homescreen. 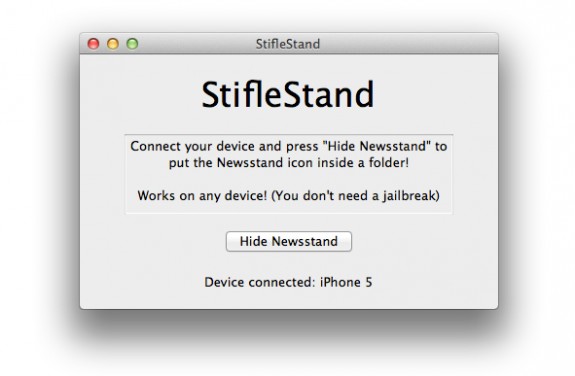 After downloading the app users need to plug in their iOS device and run the app. The app will recognize the iPhone that’s plugged in automatically. Once the app recognizes the iPhone or iPad just clicking the one button that says “Hide Newsstand.”

Stifle Newsstand will then place Newsstand into its own folder entitled “Magic.” The folder will appear empty with a tiny square of discolored pixels in the top left corner. Opening the folder reveals the Newsstand app. 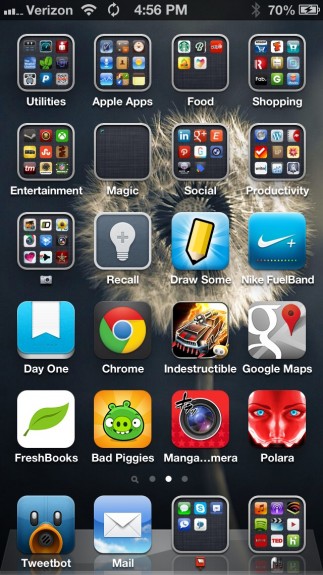 Users can move other apps into the “Magic” folder and rename it as they please. Removing Newsstand from the folder will reverse the process, and users will need to use StifleStand again to put it in a new folder. 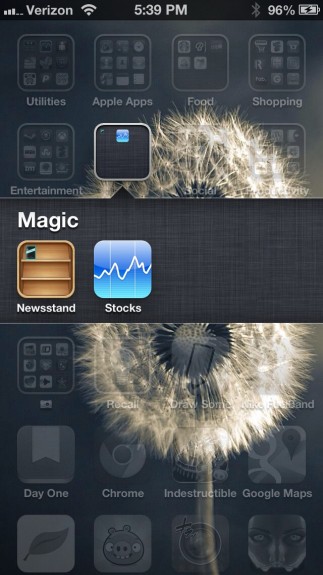 Once Newsstand is inside a folder trying to open it will crash Springboard (the app that controls the homescreen) and cause it to reboot. It won’t break the iPhone or iPad, but it will inconvenience users. Do not use this trick if you have any publications inside Newsstand.