How to Improve Your iPhone's Battery Life [Tips]

While the iPhone 4 generally has very good battery life, some are using older models, like the 3G or 3GS, that didn’t pack the same amount of juice. Even those of us with the newest model have times when we could afford to squeeze another hour or two out of the battery. Here are several simple tips that you can do to improve your iPhone’s battery life right now: 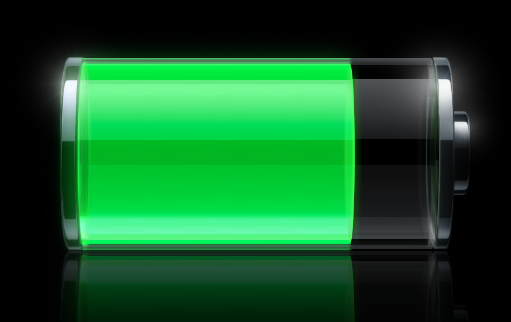 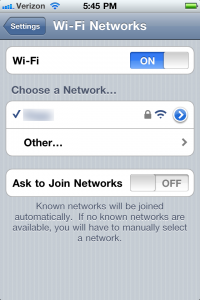 When you’re at home, work, or someplace else that has a WiFi network, you’ll likely get better battery life by jumping onto that hotspot than if you stay on 3G.

In case you forgot how to do this, simply open the Settings app, slide the WiFi bar to ‘ON,’ and enter the credentials to log on to the network. 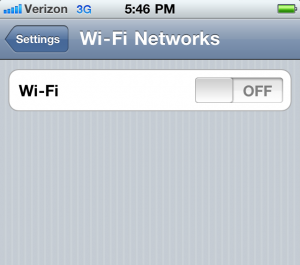 Likewise, when you know you aren’t going to be in range of a WiFi network, you can save lots of battery life by turning WiFi off. When your WiFi’s radio is turned on but you aren’t connected, your precious iPhone will keep scanning for possible networks. You can figure out easily how that could kill your battery.

To turn it off, simply do the reverse of the instructions is Tip #1. Settings>WiFi>Off.

For jailbroken iPhone users, SBSettings lets you toggle this quickly and easily via a status bar pop-up menu. 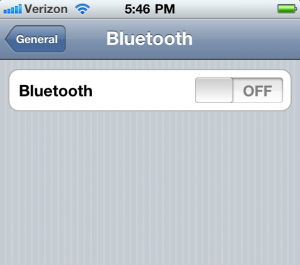 If you aren’t either using or about to use a Bluetooth device, then you can prolong your battery’s life by turning your iPhone’s Bluetooth radio off. This is also in the Settings screen, under “General,” then “Bluetooth.” You can always turn it back on when you need it.

This can also be switched quickly and easily in SBSettings for the jailbreak types.

Be Careful With Push Notifications 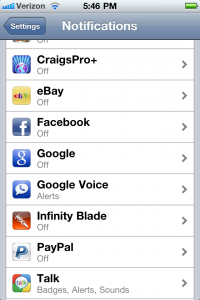 When you install a new app that offers push notifications, you’ll be asked whether to allow it to receive them or not. By all means, allow them for Skype, Google Voice, or something you know you’ll need to be alerted about. If you have too many apps waiting for push notifications, though, it can harm your battery life.

To see which apps are currently green-lighted for pushes, open your Settings app, hit, Notifications, and tweak the permissions there. 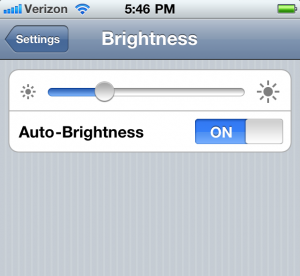 We all love gazing at that “Retina ” display, but if your battery life is becoming a problem, you may want to turn that down a little bit.

You can access this through your settings menu, under “Brightness.”

This is yet another tweak that can be done faster in SBSettings, jailbreak folks.

Use Streaming and Navigation Sparingly 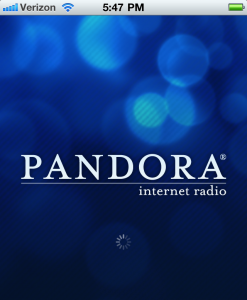 If you’re listening to music on Pandora or watching movies on Netflix, your battery life will (obviously) take a hit. When trying to extend your battery life, you may want to keep an eye on your use of these apps and save it for later on.

Also, Navigation and other location-aware apps can bring the level down as well. If you know where you’re going, don’t keep Navigon or Google Maps running. 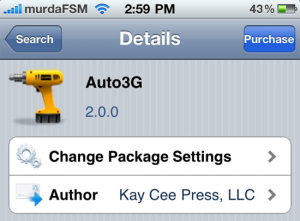 If you’re jailbroken, that can open up a whole new can of worms for potential battery drain. The biggest tips we have for you are:

You can try Cydia app Auto3G. It automatically turns your phone’s 3G radio off when it’s locked. So when the screen is off, it will use slower data speeds. When you turn it back on, it will reconnect to 3G. The app is $5.99 but if you really want to save some battery life and you’re jailbroken – this can help out a bunch!

Add jailbreak apps and tweaks sparingly. If you try something and you don’t think you’re going to use it, immediately uninstall it via Cydia.

Don’t install the app Backgrounder unless you really need it. Backgrounder keeps running apps in the background, while iOS’ multitasking simply freezes the app in a saved state. iOS’ version works just fine for most people – and it doesn’t hurt your battery. You can check if this installed by opening Cydia and going to “Manage”>”Packages.”