Installing a solid-state drive (SSD) in a laptop or desktop computer is one of the best upgrades you can do for your computer. Boot times will improve and applications will load a lot faster than if you were using just a regular hard drive.

I recently upgraded my mother’s laptop to an SSD and decided to document the journey along the way in an effort to pass along the knowledge to those wanting to perform such an upgrade on their own laptops. It’s quite easy to do and should only take you around 10-15 minutes to install. Plus, the only tool you’ll need is a Phillips screwdriver.

For this tutorial, I’m using an older HP dv6000 series laptop. A lot of newer laptops might be harder to open up to mess around with, but many laptops still allow easy access to the hard drive bay. 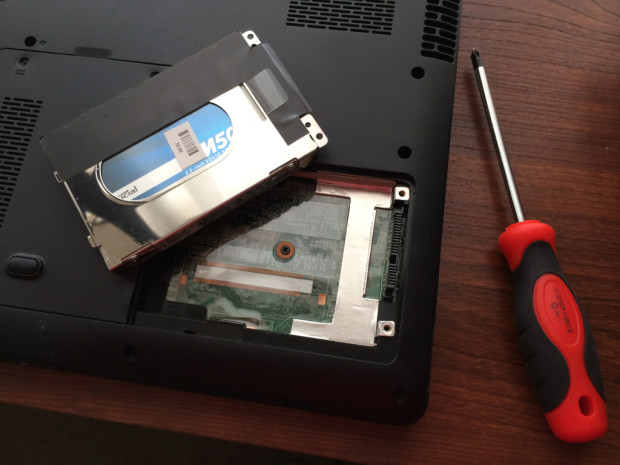 The first thing you want to do before breaking open a laptop is removing the battery. If your laptop has an internal battery that you can’t remove, there might be a small connector that you can access and disconnect when you pop off the bottom plastic shell. If not, don’t worry too much about it. 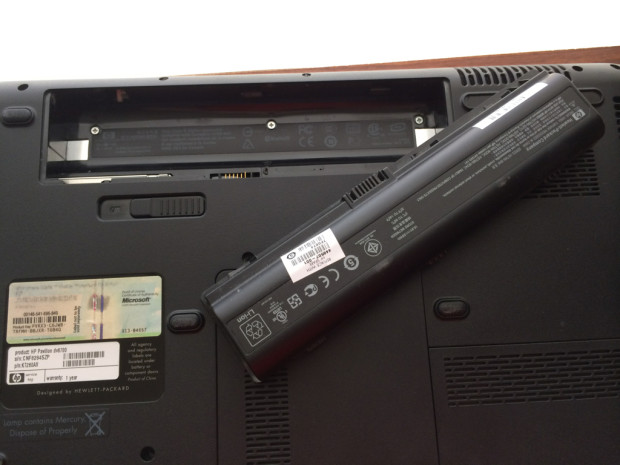 Next, look for a small symbol on the bottom of the laptop; it usually looks like a stack of pancakes. The symbol should also be next to a pair of screw terminals, which are the screws you want to remove in order to gain access to the hard drive on the inside. For this laptop, there are two screws we’ll need to remove. Let’s do that now. 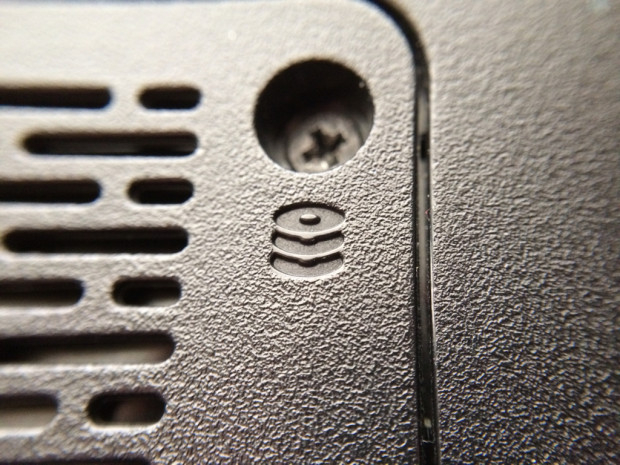 After the screws are out, we can lift up the plate and take it off, revealing the hard drive. 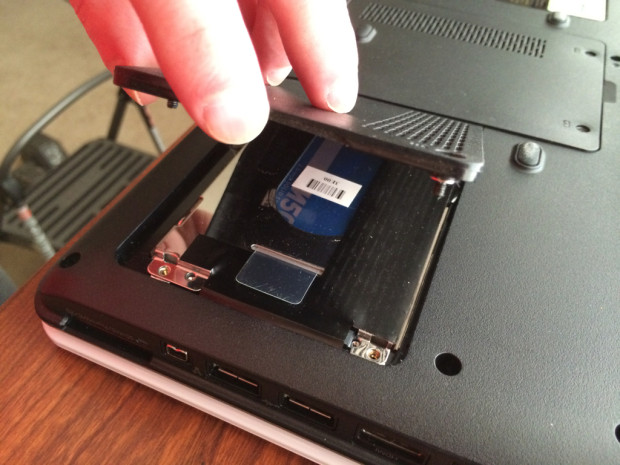 Most laptop hard drives will have a plastic tab that you can pull on in order to get it out of its socket. If so, simply just grab onto it and slowly pull it out. 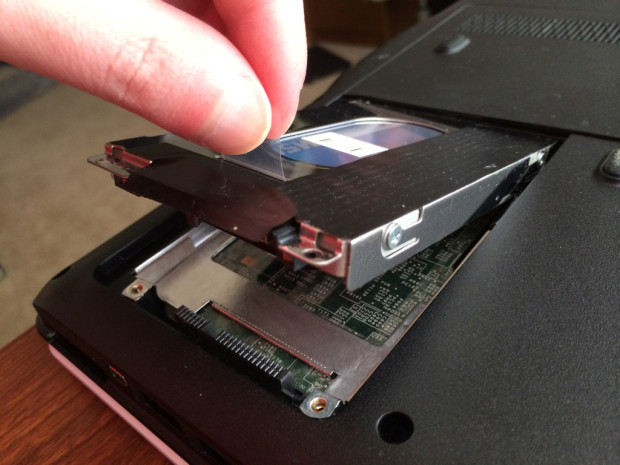 Once it’s out, the hard drive will be encased in a thin metal casing where it’s attached with two screws on each side. Remove the four screws to take off that casing.

There also might be an adapter connected to the SATA ports on the hard drive. This HP laptop had one, so I simply just removed it from the hard drive and attached it to the SSD. 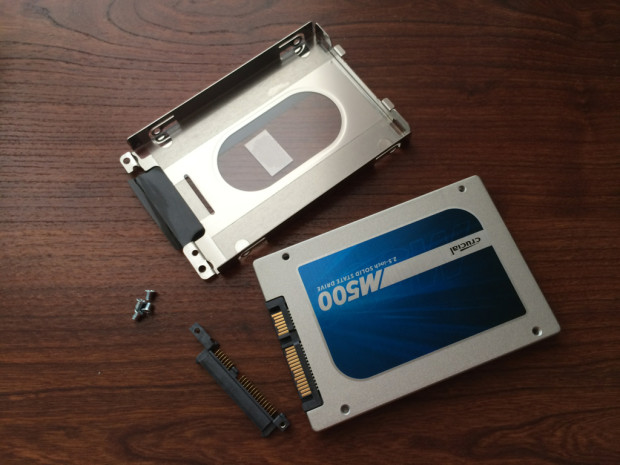 Go ahead and also install that metal casing on your SSD and secure with those four screws. 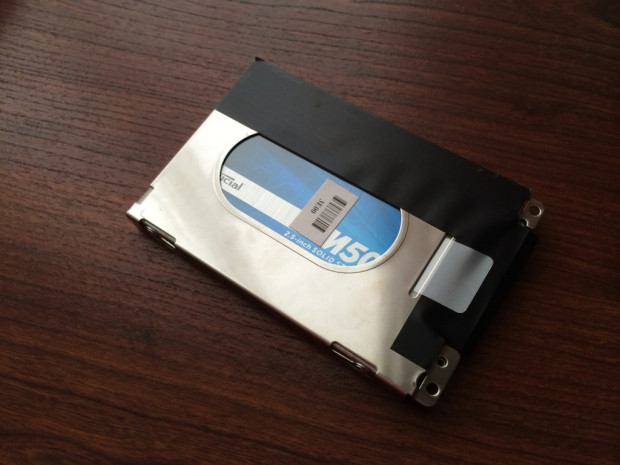 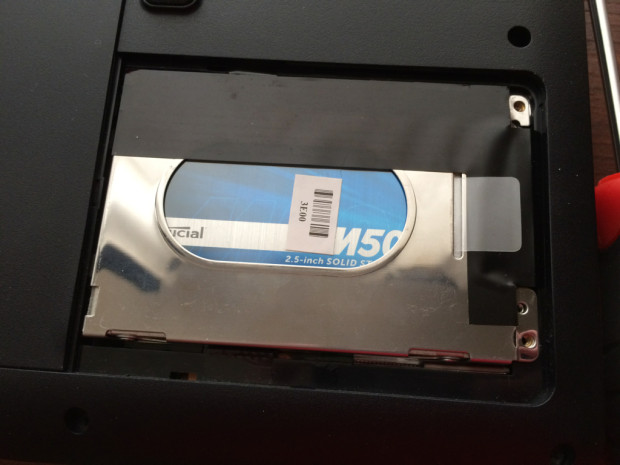 Take the plastic plate and put it back on, securing it with the two screws that you removed first back in the beginning of the tutorial. 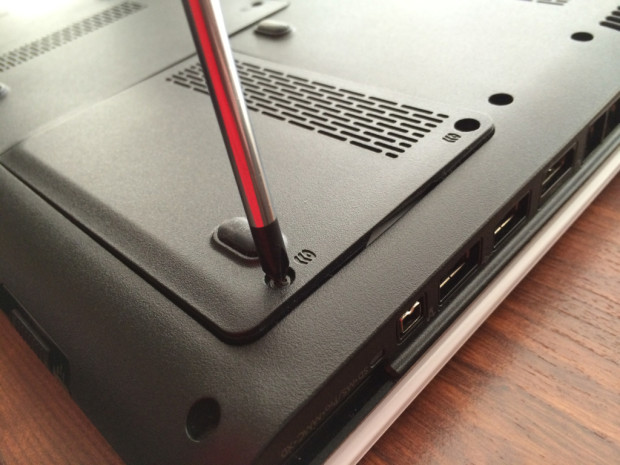 Insert the battery or plug it back in, and you’ll be all set. Of course, you’ll have to re-install Windows or restore from a backup, but that’s as simple as putting in the install disc and following the on-screen instructions, but you now have an SSD installed and should look forward to a much faster computer as a result.