How to Make the iPhone Flashlight Brighter

The iPhone 5s, iPhone 6, and the iPhone 6 Plus come with dual LEDs. Here’s how to turn them both on for a brighter flashlight.

Newer iPhones have two LEDs, once of which has an amber tint for a warmer color temperature, and other is a normal white LED. One of these LEDs is used when taking photos and the camera decides which one to use based on the color temperature of the room. If there’s a warmer light, the camera will use the amber LED in order to match the color better.

This is pretty genius to say the least, and you can even use the flash LED as a flashlight to see in the dark, which can be easily accessed in the Control Center.

The flashlight is pretty bright, and in a pitch-black room, that single LED can light things up really well, but what if you need even more light?

Here’s how to make your iPhone flashlight brighter. 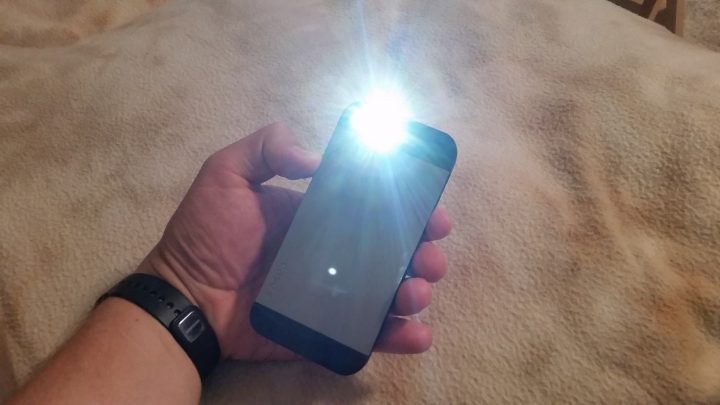 You can quickly enable your iPhone’s flashlight by swiping up from the bottom of the screen to bring up Control Center, and then tapping on the flashlight icon to turn it on.

This will give you one LED’s worth of light, which is actually really bright in pitch-black situations, giving you enough light to see where you’re going. It’s certainly not a 1,500-watt work light by any means, but it can get the job done.

However, if you need brighter light, there’s a quick trick (via Reddit) that you can use in order to turn on both LEDs on the iPhone, including the amber-tinted one. 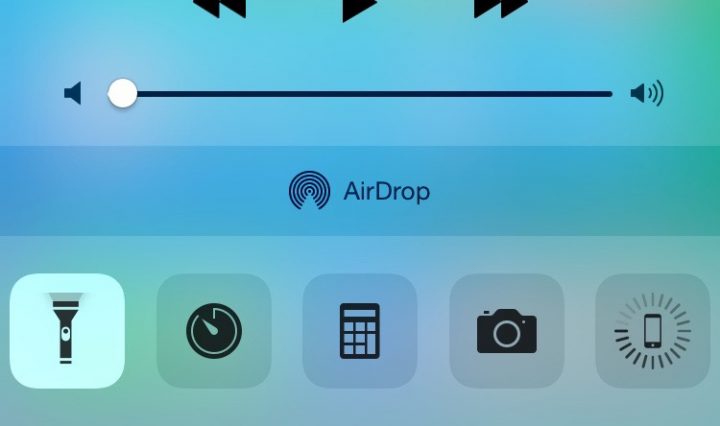 From there, hit the home button to exit out of the camera app and the flashlight will come back on, only this time both LEDs will be on.

To go back to just one LED, simply force quit out of the camera app, by going into the app switcher and swiping up on the camera app to close out of it completely. 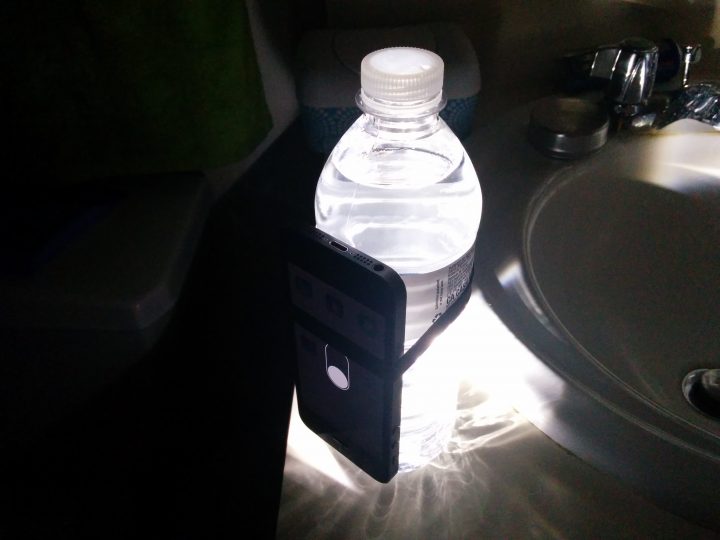 The materials you need you mostly have laying around the house. All you have to do is get a standard 16.9-ounce bottle of water (make sure it’s full) and then rubber band your iPhone to it so that the LED shines into the bottle. The water will act like a ton of tiny mirrors and reflect the light in different directions, as well as amplify the iPhone’s light, providing not only more light, but shining that light in different directions.

Something like this is great for when the power goes out and you need some ample light, and it can also make for a great light source if you’re camping out or just need some light shining on your desk while you write in the dark.