How to Listen to Music on Xbox One

Put your notions of what an Xbox One can be aside for second. Try not to think about the Xbox One Wireless Controller that comes with every system or that Chat Headset at all. Instead, focus on the box that sits just below your TV and the things that it can do. It can connect you to your friends and surf the internet. Apps allow you to add new functionality on-demand. The Xbox One is a PC, a gaming PC, but a PC nonetheless. We play games and chat with friends using our PCs. We also listen to music on our PCs, a task that the Xbox One is able to do. Yes, you can listen to music on Xbox One.

Depending on your expectations, the experience can be a little rough though. Downloadable apps form the foundation for the Xbox One’s music playback capabilities. In some cases you’ll need external storage or a subscription music service to listen to music on Xbox One. Some solutions drop the internet requirement, but require you to have an external device plugged into your Xbox One. 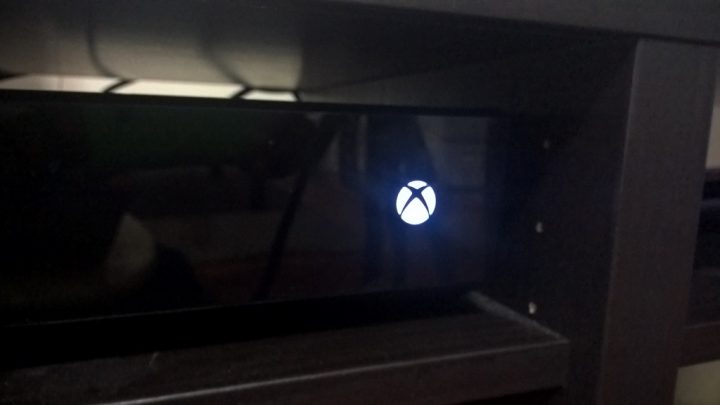 Here’s how to listen to music on Xbox One.

Before we begin it’s important that you understand the limitations for audio on the Xbox One today. Microsoft released the Xbox One in 2013, promising then that it was investigating whether to add background audio playback support. That’s right, currently the Xbox One doesn’t let you stream or play music stored on an external drive in the background.

Instead, listening to music on Xbox One requires that you take advantage of the console’s Snap feature. Since launch, the Xbox One has allowed users to snap apps to the side of their screen. Snapping an app allows you to watch television and play video games at the same time. It also allows you to play a video game and listen to music – provided there’s an app available for your streaming service in the Xbox Store.

How to Listen to Music on Xbox One – Streaming Services

Many service providers work directly with Microsoft to create versions of their services that support the Xbox One and the features that make it distinct – like Snap multitasking. The Xbox Store is full of these. Download one of these apps then Snap them to the side of your screen to listen to music on your Xbox One. Each also has a fullscreen mode. Some of them are ad-supported. Others require that you sign up for a streaming subscription service.

Groove Music is Microsoft’s own subscription streaming service. Once called Xbox Music, Groove costs $9.99 a month and lets you stream content from Microsoft’s service directly to your Xbox One, iPhone, Android or Windows device. If you upload MP3s to Microsoft’s OneDrive service, you can stream that music to the console for free.

Really, its first-class Xbox One experience is the only major reason to subscribe to Groove at this point. Also, it replaces songs in places with music videos by default. That’s great when you only want to listen to music. Turn automatic music video playback off when you’re playing a game.

iHeartRadio lets you sync your custom-made playlists from its companion apps on iPhone, Android and Windows Phone. iHeartRadio also boasts an extensive collection of livestreaming radio stations from across the country. The service is completely free on Xbox One.

Pandora is the same streaming playlist provider from smartphones. It works as you’d expect on the Xbox One, letting you stream from the service’s stations without issue.

TuneIn provides Xbox One owners access to terrestrial radio stations live, excluding the stations that iHeartRadio already provides access to. Signing in allows users to access stations from their profile or save frequently listened to stations.

Microsoft Edge is the web browser that Microsoft lets users install on the Xbox One from the Xbox Store. It replaced Internet Explorer in the New Xbox One Experience. Edge is worth mentioning here because it provides access to some music sources that don’t have an app on Xbox One. For example, public radio stations that are excluded from TuneIn. You can also play SoundCloud content through it.

All of these services are great for anyone who has an internet connection and doesn’t mind streaming from the libraries of big companies.

How to Listen to Music on Xbox One – Local Content

To listen to music on Xbox One that you already own, things get a bit more complicated. Microsoft allows users to add external storage to the Xbox One. There are apps that can talk to that storage and let you play media, but you can’t do something like store your music on the Xbox One for some reason.

Media Player is Microsoft’s app for the content that you already own.

If you have your entire music collection on your Windows PCs and have DLNA turned on, you’ll see all of your music and media from your PC within this app. Then you can choose what you’d like to play. It also supports external storage, allowing you to keep content “on” your console.

Plex is a media app that connects to Plex Media Server. Essentially, Plex does the same thing that DLNA technology does, allowing you to get access to the content you own on apps for your devices. Plex takes media to a new level though, allowing you to share that content with other Xbox One owners. You have to sign up for Plex online. You can upgrade to some of its premium service, called Plex Pass, for extra features.

Finally there’s CD Player, which is exactly what its name suggests: an app that allows the Xbox One to play compact disks.

Remember, for these options you’ll need to download an app from the Xbox Store. Hopefully Microsoft provides background audio playback in the very near future. The Xbox One’s Wireless Controllers have a headphone jack that works with all of these different apps.