If you ever come across a YouTube video that you merely just want to listen to, here’s how to disable the video in order to save your data.

YouTube is full of videos that you really just need to hear the audio for, such as music videos, TED Talks, etc. However, the YouTube iOS app doesn’t allow you to play a video while you have the screen off, as I’ve discovered this the hard way in the past.

As you begin to play a YouTube video and you just want to listen to the audio, you may have went to turn the screen off, only to have the YouTube app automatically pause the video until you open it back up again.

It’s really annoying, but considering that most other video streaming apps act the same way, we’re not really too surprised. However, YouTube is an app where there are numerous occasions where I’d rather just listen to the audio without needing the video to play. Luckily, there are several options that you can take advantage of so that you can do exactly this.

Perhaps the easiest way to “listen” to YouTube videos without having to install other apps to aid the process is to access YouTube through the Safari mobile web browser. Follow these simple steps for listening to YouTube videos while still being able to lock your iPhone screen. 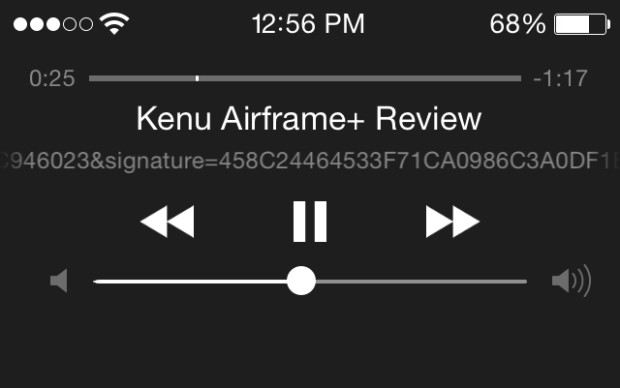 Granted, this isn’t the quickest and easiest method for getting YouTube videos to play while the screen is off, but it’s the best way without having to install another app. However, if you don’t mind another app on your home screen, here are a few apps that we recommend. These apps make it a lot easier to listen to just the audio of YouTube videos.

Probably one of the most popular apps for “listening” to YouTube videos is Musi. The app is essentially like a music streaming service, only it relies on YouTube’s vast collection of videos as its library of selections. 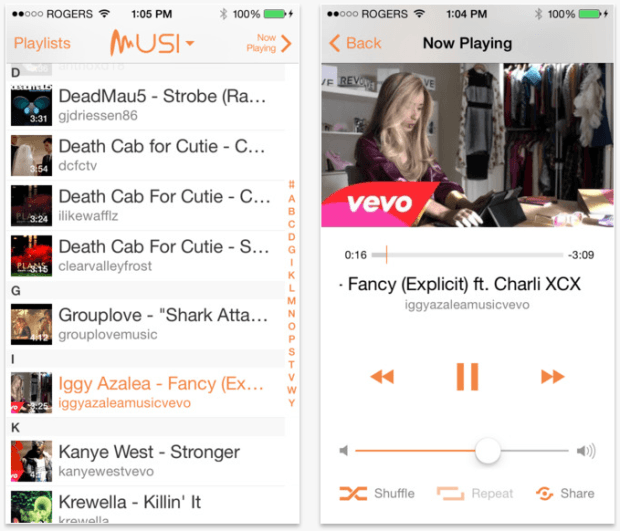 You can also create custom playlists in the app and even use Musi over AirPlay.

While the app focuses mainly on music, you can still use it to play the audio from YouTube video podcasts and even TED Talks, making it an even more useful app than what initially meets the eye.

If you’d like the ability to “listen” to YouTube videos, but still want all the features of the YouTube app and more, give MxTube a try. 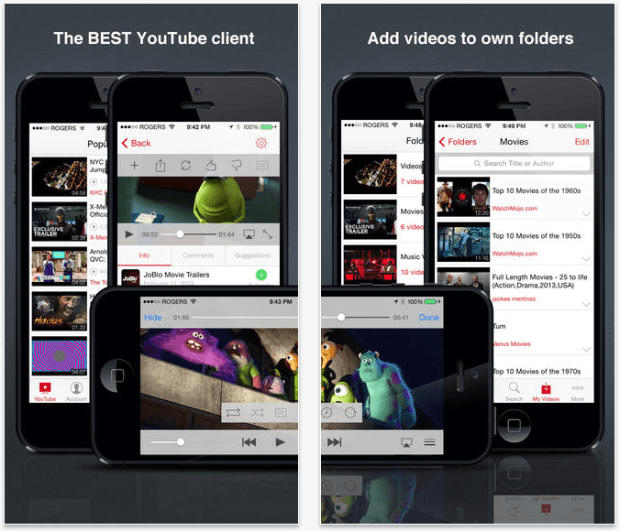 MxTube has all of the features of the YouTube app and then some. It comes with the ability to listen to YouTube videos in the background while your iPhone is locked, but you can also do things like create custom playlists, manually determine the video quality, enable closed captioning, and have access to advanced searching where you can search specifically for a video, a channel, or a playlist.

From the makers of the popular Reddit iPhone app Alien Blue, there’s another YouTube client called Jasmine. Its design is a bit more fleshed out than MxTube and it includes some nifty features, including a night mode and full support for managing playlists. There’s also parental control capabilities if you have kids that use your iPhone frequently. 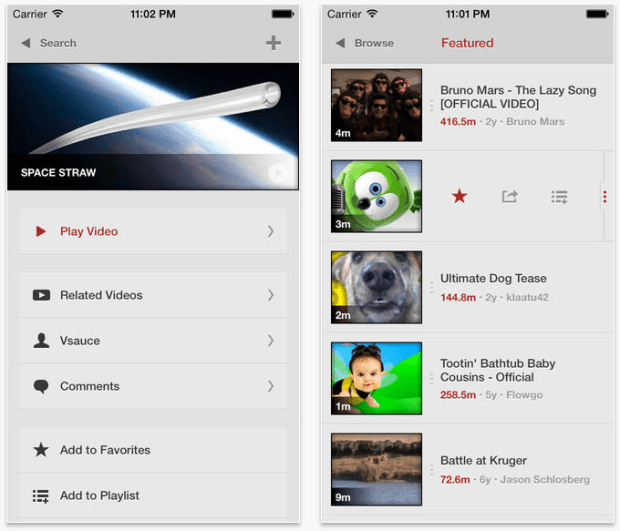 It’s feature list isn’t as fleshed out as MxTube, but Jasmine does include some unique features that make it a worthy app to have in your Entertainment folder on your home screen, and its user interface is about as close as you can get to the actual YouTube app, so if you like consistency, Jasmine is a good app to have.