Animated GIFs are what the internet is made of nowadays. Now you can join in on the fun and create GIFs of your own right on your iPhone.

Many users think that creating animated GIFs takes special computer software and a lot of free time to come up with those never-ending looping videos of sorts, but the ability to create animated GIFs has become easier and quicker over the last couple years, allowing practically anyone to get in on the fun.

There are several iPhone apps available in the iTunes App Store that allow you to quickly create animated GIFs out of videos that you record with your iPhone’s camera. One of the most popular options (and perhaps the best out of the bunch) is an app called 5SecondsApp. Odd name aside, the app is user-friendly enough that most users looking to create GIFs will be able to do so in no-time flat.

What Is a GIF?

Maybe you’re new to the internet and aren’t quite sure what in the heck a “GIF” is, and that’s okay. We’re here to help.

A GIF is actually just an image file format, just like .JPG or .PNG, but an “animated GIF” is a moving image that essentially loops a video that’s a few seconds long. The reason why most people call “animated GIFs” just plain “GIFs” is that it’s the only image file format that supports moving pictures, so it’s just easier to say “GIFs,” but it’s important to know that the .GIF file extension is simply just another image file format like all other file formats that exist.

GIFs can range from a couple of seconds in length to well over a minute, but the longer a GIF is, the bigger the file size will usually be, so when creating your own GIFs, it’s important to note how long it is and the resolution of the image, because those are the two big determining factors when it comes to file size.

Creating Your Own GIFs on iPhone

Start off by heading to the App Store and install 5SecondsApp. It’s a completely free app to use, but it does include a $1.99 in-app purchase that removes ads and allows you to create longer GIFs. The free version maxes you out at 10 seconds, but that’s long enough for most GIFs anyway.

Before you open up the app and get creating, you’ll want to record a video first. Then, once that’s done, load up the app and tap on film camera in the upper-left corner and then select Video From Library. 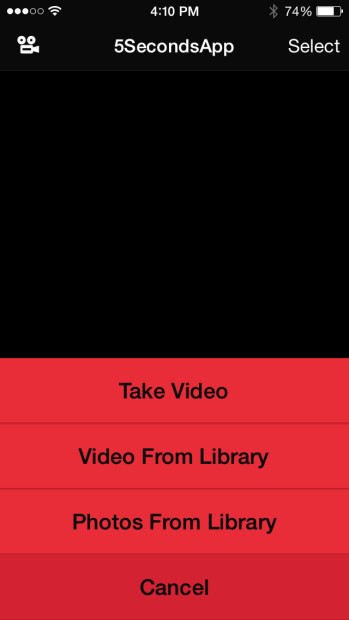 Browse for the video that you recorded and then tap on it to open it up in the GIF-creating app. Most likely, you’ll get a pop-up that tells you your video is “too long to send,” so you’ll need to shorten it down. You can ignore this message for the most part, as you’ll be shortening down your video anyway. 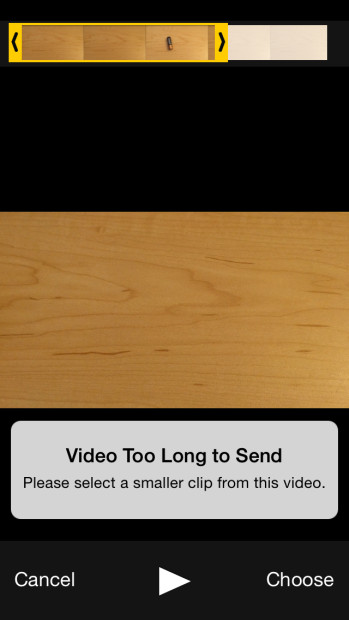 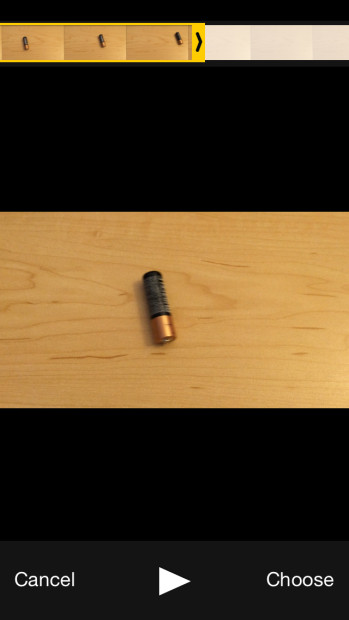 Once you have the clip adjusted to your liking, you can click on the Play icon at the bottom to preview what your GIF will look like. If you’re satisfied, tap on Choose and the app with convert the clip into an animated GIF and save it to the app’s library. 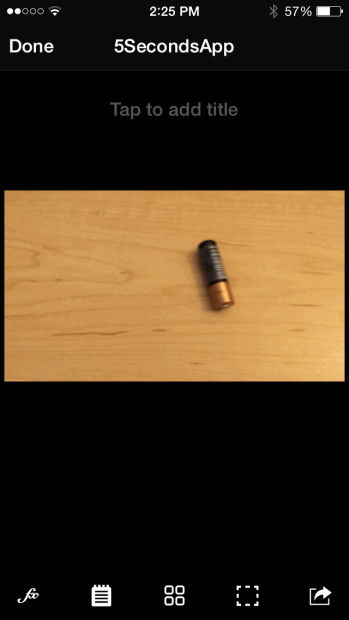 From there, you can add filters and text, crop the GIF, and even share it with friends by texting it to someone or share it to Facebook and Twitter. And of course, you can save it to your Camera Roll, although the iPhone doesn’t support GIFs in the default Photos app for viewing. 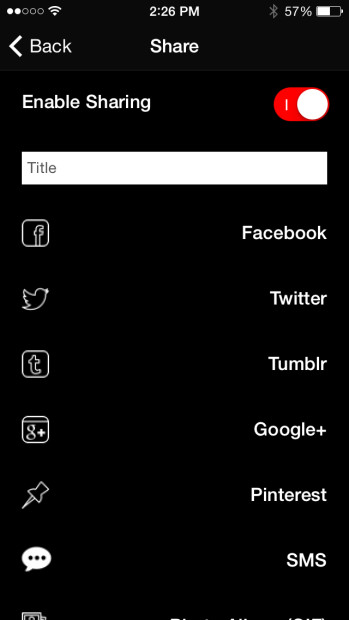 That’s all there is to it! 5SecondsApp is a nifty little tool for your iPhone that you can use whenever you’re in the mood to create the perfect GIF.