One cool feature on the iPhone 6s is 3D Touch. Here’s how to create your own 3D Touch Quick Actions on a jailbroken iPhone.

3D Touch is probably one of the neatest features on the iPhone 6s, allowing you to do more with your iPhone. Essentially, 3D Touch allows you to press harder on the display to activate alternative actions and such. So you can tap on something to select it, or press harder to bring up shortcuts.

You can also use 3D Touch to “Peek” and “Pop” inside of iPhone apps that support the feature, allowing to preview something without actually opening it all the way.

It’s a feature that’s exclusive on the iPhone 6s, but it’s actually really easy to mimic it on older iPhones with a jailbreak tweak, allowing more iOS devices to have 3D Touch in a way. 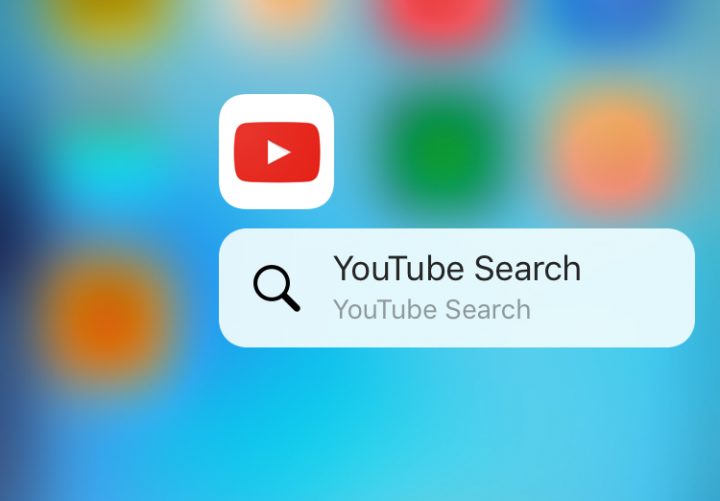 However, whether you have an iPhone 6s or an older iPhone with 3D Touch features added on, there’s a way you can expand 3D Touch in more ways, thanks to a new jailbreak tweak that lets you create your own 3D Touch Quick Action shortcuts on the home screen.

First off, you’ll need to have a jailbroken iPhone in order to create your own Quick Actions. Currently, you can jailbreak any iPhone running iOS 9.0, but unfortunately iOS 9.1 isn’t jailbreakable at the moment. So if you’re on iOS 9.1, you’ll have to wait for a jailbreak to release for that version of iOS.

Furthermore, the jailbreak tweak that we’ll be using to create our own 3D Touch Quick Action shortcuts is called Traverse, and there’s a bit of a learning curve as far as knowing how to use it. Most jailbreakers can make their way around the tweak fairly easily and set up new shortcuts, but not everyone may be able to follow along as easily, which is why I made this guide. 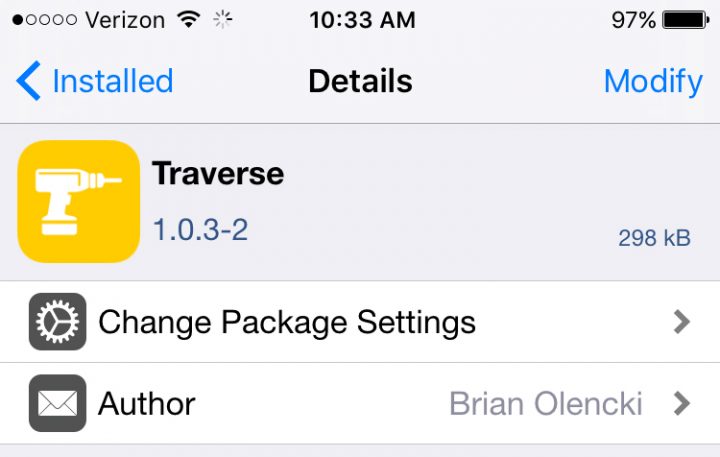 So be aware that this method isn’t as easy as downloading a tweak and ticking off a few check boxes. It’s a bit more in-depth than that. However, once you figure it out, the benefits can be insurmountable.

First, you’ll need to download the Traverse jailbreak tweak, which is available in Cydia. You’ll need to add a repo first, though. To do this, tap on the Sources tab at the bottom and then select Edit. On the next screen, tap Add and enter in this URL: https://cydia.bolencki13.com/repo/.

Let Cydia reload and then search for the Traverse jailbreak tweak. Once you have it installed, it’ll be ready to access within the Settings app.

I would keep in mind that while the tweak has already gotten several updates, it could still act buggy for you, so be aware of any problems that you encounter, and proceed at your own risk of course.

When you open up Traverse from the settings, go ahead and tap Edit and then tap on the + icon in the top-left corner to begin creating your custom 3D Touch Quick Action. 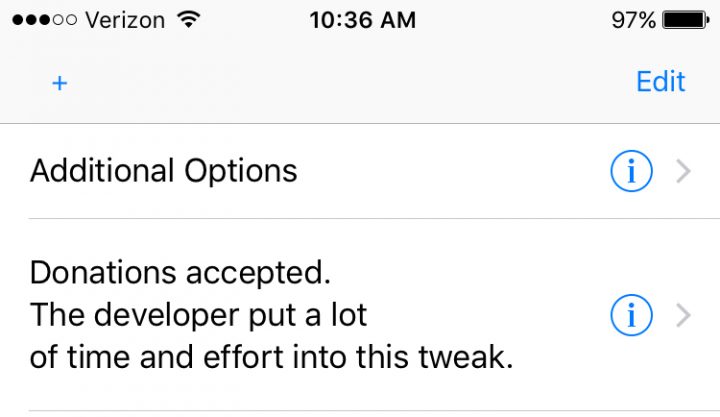 From here, you’ll need to enter in a Title, Sub-title, Bundle ID, and a URL Scheme. The Title and Sub-title can be whatever you want, but the Bundle ID and URL Scheme are the two important text boxes. 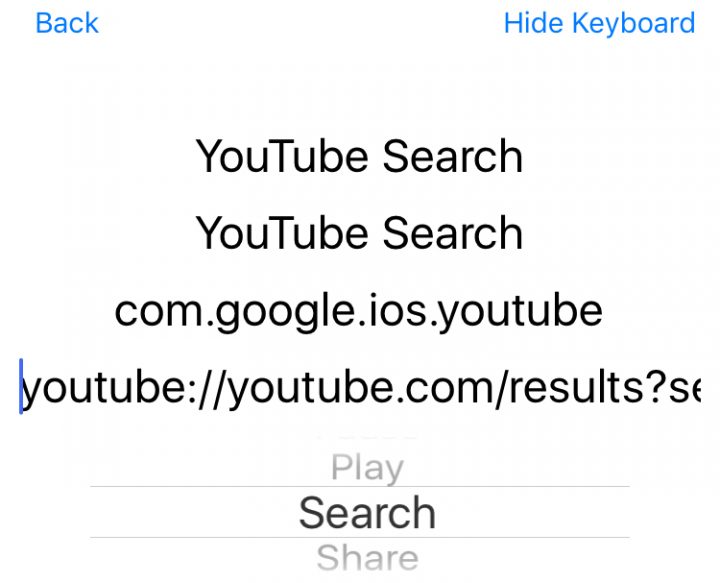 For this tutorial, we’ll create a 3D Touch Quick Action for searching YouTube. So first, we’ll need the Bundle ID for the YouTube app. To find Bundle IDs for apps, you can download the BundleIDs jailbreak app from Cydia, which will let you search any app and give you the bundle ID for that app. For YouTube, the bundle ID is com.google.ios.youtube.

For the URL Scheme, it’s essentially a URL that tells the Quick Action what to do. For YouTube, we’ll be using youtube://YouTube.com/results?search_query=%@. To find URL schemes for other actions and other apps, performing a Google search will usually lead you in the right direction. There’s even a thread on StackOverflow listing all known URL Schemes in the Settings app.

Below the URL Scheme text box is the icon that you want to appear next to the Quick Action. Select Search for this, but you can really just use any icon you want. 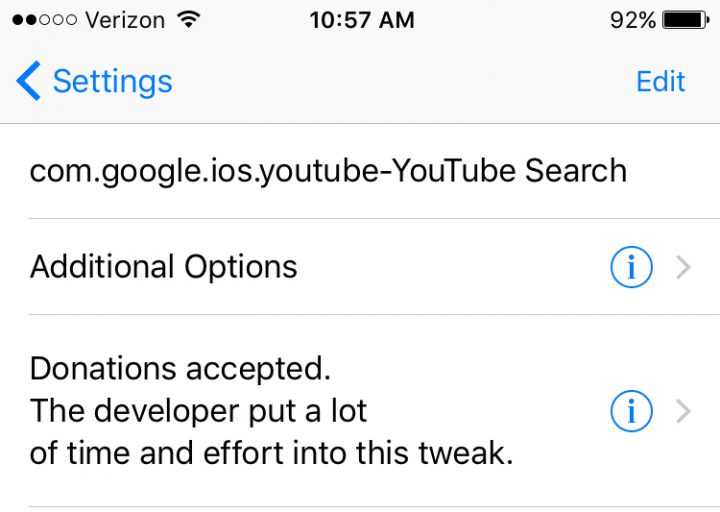 After that, select Back and then hit Edit. Pull to Refresh until you see the new Quick Action that you created. You might have to respring your iPhone and close and open the settings menu until the action actually shows up in the list. Again, it’s a bit buggy, but it works.

From there, you can close out of Traverse and begin using your new 3D Touch Quick Action on your iPhone.