Accessories Apple how to iPhone Mobile

How to Make Your Own iPhone Wireless Charger

While the iPhone doesn’t have wireless charging built in, you can actually add it on yourself quickly and easily for really cheap. Here’s how to make your own iPhone wireless charger.

As you may know, many newer Android devices have wireless charging capabilities, which means you can simply set the phone down on a special charging pad and the device will begin charging without having to plug any cables in.

It’s a convenient feature that iPhone users have been wanting for years, but Apple still has yet to introduce it to the iPhone. 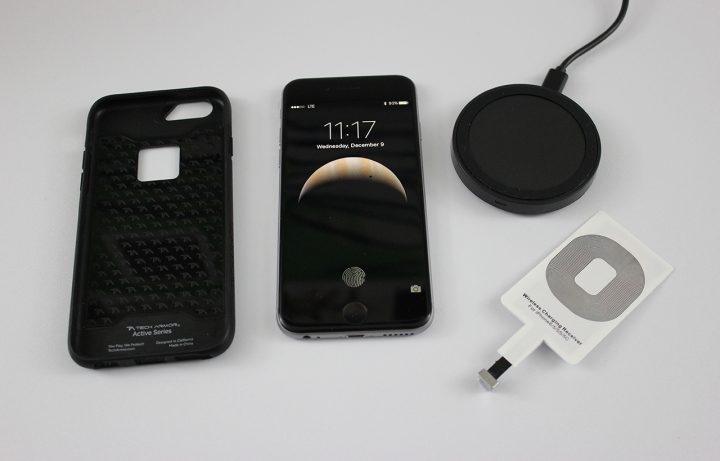 However, both of these products cost a combined $60, which is a bit on the pricey side considering that you can go cheaper.

Here’s how to make your own iPhone wireless charger and only spend around $20.

How to Make Your Own iPhone Wireless Charger

While it may seem daunting to actually make your own iPhone wireless charging setup, it’s actually pretty easy and involves nothing more than a little bit of assembly.

You’ll need just a couple of items to make it possible:

The receiver is only $10, and you can get a charging pad for around that price as well, although you’ll likely get better quality with a more expensive charging pad, but that’s really up to you. The charging pad that I got was around $12 and it works fine.

All you have to do is plug in the wireless charging receiver into the Lightning port on your iPhone and fold it back so that the charging coils are resting on the back of your iPhone. From here, simply just slap your case on and you’re good to go! 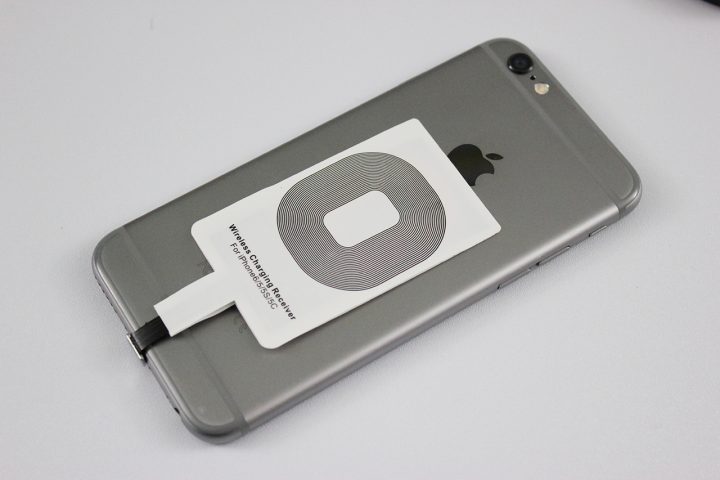 From there, just plug in your wireless charging pad and set your iPhone on top of it to begin charging your iPhone wireless. It’s recommended to use a 2-amp wall adapter when plugging in the charging pad, as anything less will take forever to charge up your iPhone.

An iPad charger will work great, since it puts out 2.1 amps, but most smartphone chargers only put out around 1 amp, and most USB ports on computers put out less than an amp, so keep this in mind.

How to Make Your Own Wireless Charging Pad 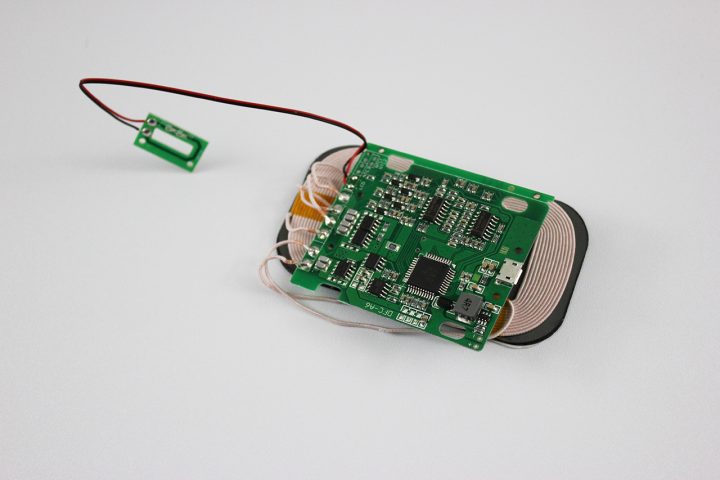 What you can do is essentially buy the barebones wireless charger, which is nothing more than the charging coils connected to the printed circuit board assembly.

You can buy a single-coil assembly for less than $10 or you can spring for the three-coil setup for around $20 (pictured above). The difference here is that a 3-coil charger has a wider range as far as where you can set your phone down to charge it, whereas a single-coil charger requires that you place your phone fairly close to the center as much as possible.

After you get the wireless charger assembly, you can place it in pretty much anything, like your iPhone box or even a video game case, as well as carve out a slot for it in a wooden block. The assembly also has a microUSB port to plug in any microUSB cable to it.

Of course, the biggest downsides to adding wireless charging to your iPhone is that you’ll need a case on your iPhone in order for it to work, which means that some users who don’t have cases on their iPhones will have to jump ship or just not do it.

However, I personally find that having wireless charging is worth it if all I need to do is put a case on my iPhone.