You’ve no doubt came across this issue at one point or another, where you have a dual monitors or maybe just an external monitor connected to your MacBook. At that point, you disconnect the monitor, but any windows that were displayed on that monitor are still stuck there, and you can’t move the windows from the main desktop.

This seems to be a huge bug in OS X, where the operating system gets confused as far as where it should place the window, or when you disconnect an external monitor, the window that you had displayed still thinks the monitor is plugged in or something.

It’s really weird, but it’s also extremely frustrating to say the least. However, there are simple fixes that you can take advantage of in order to get your windows back. It literally takes less than a minute and you don’t have to fiddle with trying to click and drag on the window to try and bring it back in, which usually doesn’t work.

How to Move Windows That Are Stuck Off Screen

Perhaps the easiest way to fix this annoyance is by changing the resolution of your desktop. This will essentially gather all of your windows and resize them when the resolution is changed, making it a great quick fix.

To do this, start by going into the System Preferences and then click Displays. 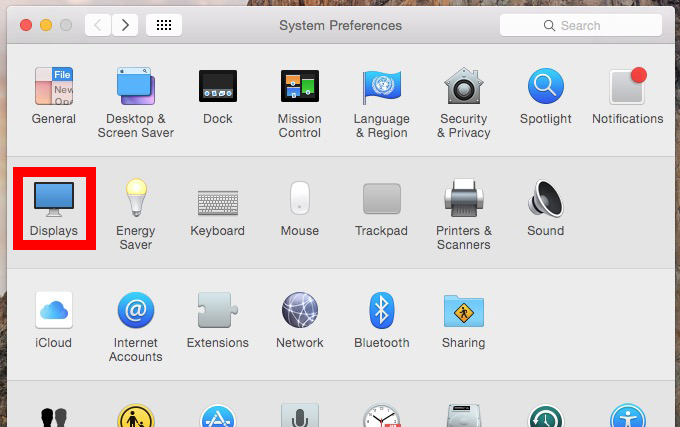 It’s likely that Default for display is selected, but you’ll want to select Scaled and then choose any resolution from the list.

After selecting a resolution, your display will automatically change to that chosen resolution and any windows that were stuck off screen should now be on your desktop. From there, just change back the resolution to what it was before. 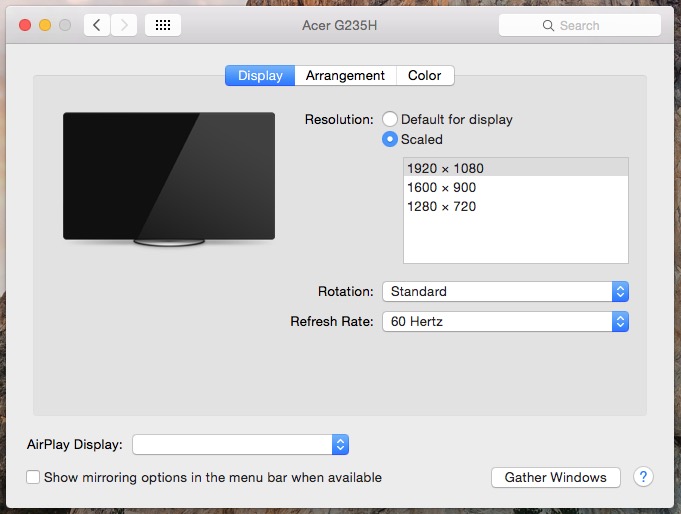 This is probably the easiest fix if this ever happens to you, but you can also go to System Preferences > Displays > Gather Windows to re-organize any windows, but this will only work when you have two or more monitors/displays hooked up.

You can also get third-party software that manages and resizes windows for you. Some examples that come to mind are SizeUp and Spectacle, the latter of which allows you to quickly move windows around using keystrokes, which can quickly and easily help you when this kind of problem comes up. 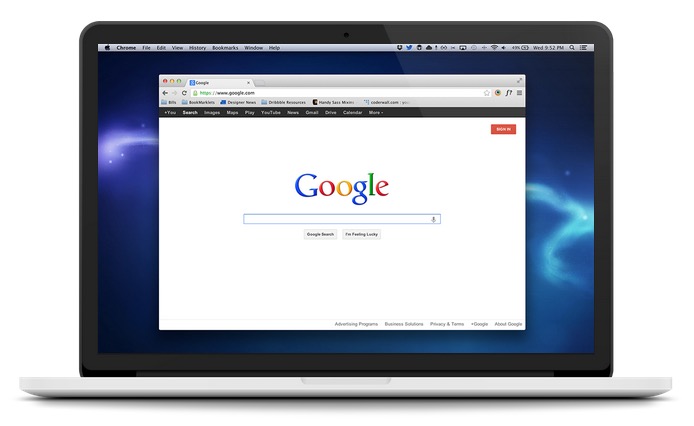 In the end, though, going into System Preferences and changing the resolution is probably the easiest solution to try out, as it requires no other software and it works great every time.

However, users can try out the public beta if they want, but just know that it’s beta software so it’s likely that you’ll come across some bugs and other issues, which is why we wouldn’t recommend installing it on your main computer until it’s in its final version later this year.