How to Multitask in Windows 8.1

In Windows 8 Microsoft added new kinds of apps. Called Windows Store apps, these are the small pieces of software that Windows 8 users flock to when they want a touch friendly experience or to use any of Microsoft’s latest and greatest products.

Those Windows Store apps aren’t like the other apps you might be used to, and working with them is definitely a different experience the first time around. Their interfaces may make them look less powerful than Desktop apps, like iTunes, but they aren’t. One thing they do by default those is take over the users entire screen, leaving most Windows 8 tablet, desktop and laptop users with the idea that they can only open one at a time. 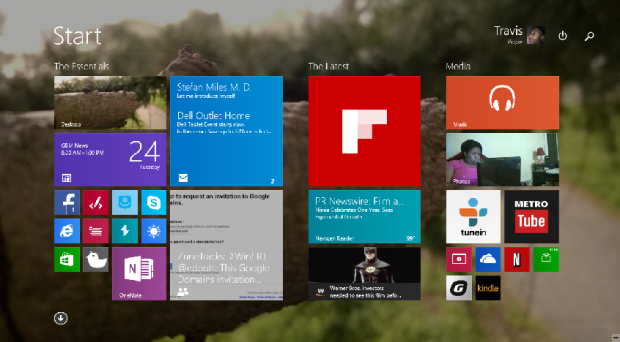 Nothing could be further from the truth. Every device that includes Windows 8 can run multiple applications. Additionally, devices upgraded to Windows 8.1 can also run more than one application at a time – provided that they have a large enough screen size.

Here’s how to Multitask in Windows 8.1 with Windows Store apps so that you can do more than one thing at a time without diving into the Desktop experience. Windows 8.1 is a free update to all Windows 8 devices. If your device has internet connection than you should already have the update.

Looking at All the Apps That Are Open & Switching Between Apps

In Windows 7 and older versions of Windows, the taskbar at the bottom of the screen is used to switch between open applications quickly and easily. By default, this bar isn’t hidden when users open an app. Instead, it sits alongside any open Desktop apps. 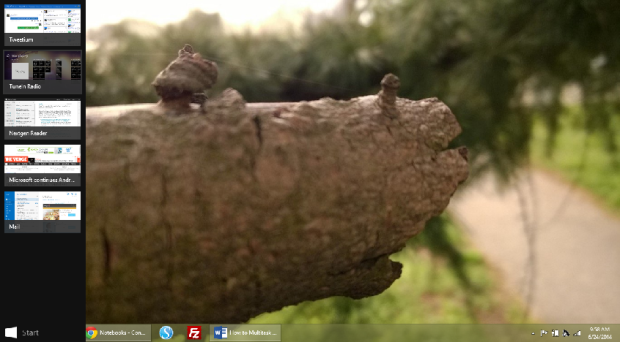 Windows 8.1 doesn’t feature a taskbar for Windows Store apps. Instead, there’s a multitasking display that slides out from the right side of the screen. To access this multitasking menu in Windows 8.1 mouse you should take your cursor and place it in the top-left corner of your screen then slowly slide it downward.

The motions are roughly the same for Windows 8.1 tablet users. Place your finger on the left edge of the screen and slide your finger to the right to reveal the multitasking menu.

Tapping or clicking on any of the apps show in the menu will immediately open them. Keyboard users can press the Tab and Windows key at the same time to open the menu and quickly switch between their last used app.

Every app that you’ve opened recently will appear here – that is every Windows Store App. Desktop apps like iTunes and Spotify won’t appear here individually. Instead, they’re lumped together in an entry simply called Desktop.

Now that you’ve learned how to open the multitasking menu running Windows Store apps side by side is a bit easier.

Press the Windows key on your keyboard to go back to the Start Screen and open the app you’d like to run. In this case, we’re using Microsoft’s Xbox Music app. 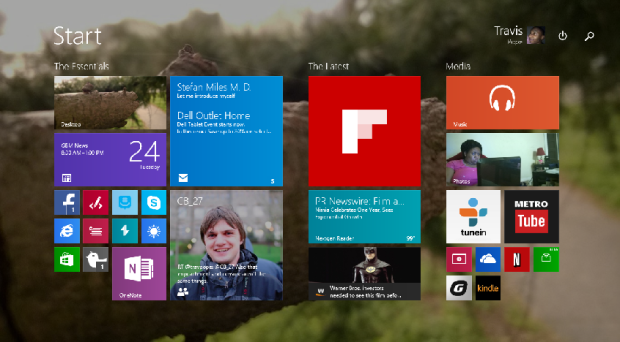 With your mouse, click and hold on the top of the app. That is to say, left-click on it and don’t release your mouse’s left button. Now drag it to the left or right edge of your screen. 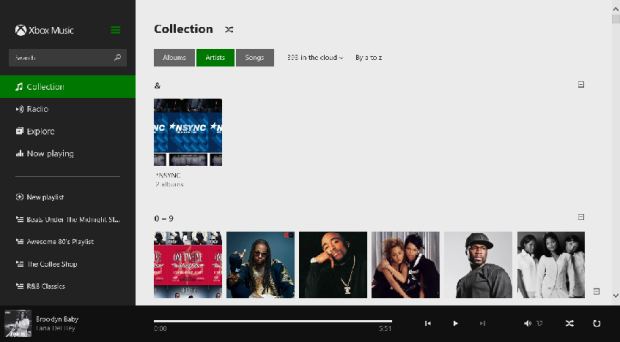 Press the Windows key on your keyboard to go back to the Start Screen and open the app you’d like to run. This time we’re using Internet Explorer. 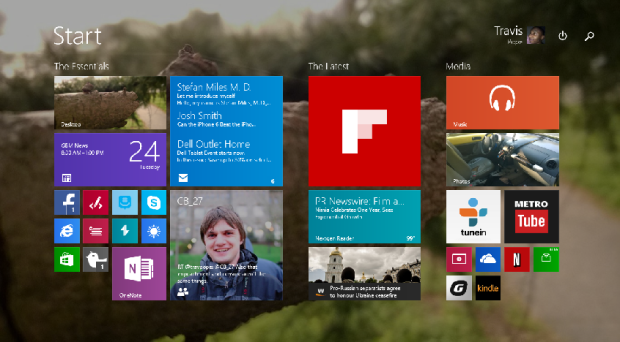 Windows 8.1 will open it on the side directly opposite of the app you’ve already opened. 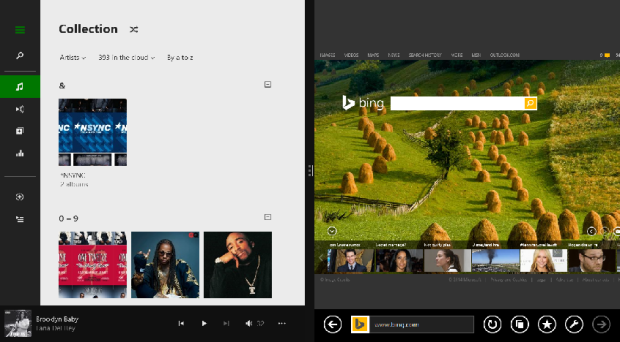 You don’t have to keep diving into the Start Screen to do this either. Right-clicking on any open app in the multitasking menu we opened before also let’s mouse and keyboard users decide which apps to snap to the side of their screen.

Many Windows 8.1 devices now come with a touch screen. Opening two apps on these devices isn’t the same as with a mouse but it’s very similar.

Press the Windows button below your device’s display to go back to the Start Screen. Select the app you’d like to run and tap on it. In this case we’re using the People app. 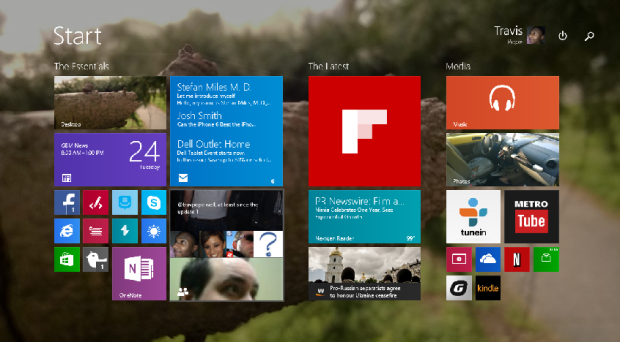 With your finger tap and hold on the top edge of the app. Then drag it to the left or right edge of your screen. 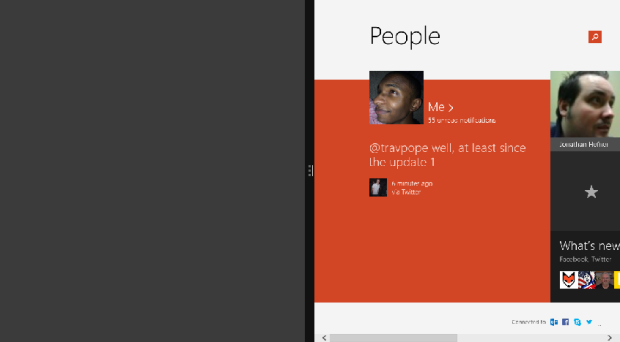 Press the Windows button again and open the second app you’d like to run. By default it’ll open automatically on the opposite side of the app you previously snapped to your screen. 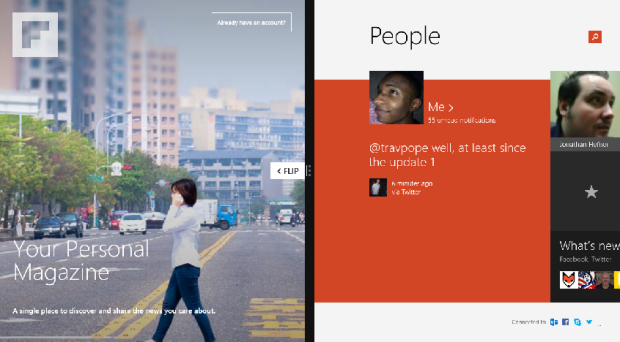 Open an app from the Start Screen and press the Windows key and open the first app you’d like to run. 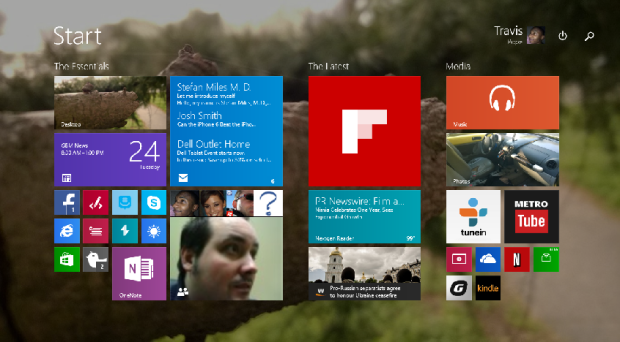 With the app open press the Windows key and the right or left arrow on your keyboard at the same time.

Now go back to the Start Screen and open the second app you’d like to run.

And there you have it. That’s multitasking in Windows 8.1. It’s important to remember a couple of key things first. Just because an app appears in the multitasking menu doesn’t mean it’s necessarily hogging system resources and needs to be closed, Windows 8.1 monitors Windows Store apps to make sure they’re not consuming resources when not in use. Second, there are apps where multitasking isn’t remotely necessary or required. For example, Xbox Music will play whether it’s open or not. The same goes for most audio apps.

In these examples we’ve only shown two apps running side-by-side but that’s actually not a hard limit. Windows 8.1 users can run six more apps at the same time, each one of them will just be minimized. Another thing to keep in mind is that users can change how much they see of each app. Dragging the divider separating each app gives users more or less of each app displayed.