Most users have thousands upon thousands of photos stored on their computer that they’ve built up over the years, and it’s likely that those photos are scattered everywhere and aren’t organized properly.

Of course, it’s easy to blame yourself and hang your head low, but it’s something that’s very common. It may not be a huge deal, but once you go try to find a particular photo or album from a couple years back, you may begin to realize that you probably should organize your photos so that they’re easier to manage.

Here’s how you can organize your photo collection on your Mac.

Use a Photo Management App

If you’d like to add a bit of automation to the photo organization process, then using a photo management app can help, and perhaps the best option for Mac users is taking advantage of the new Photos app.

You can import any pictures into the Photos app and then manage your photo collection from the app itself. To import photos, simply open up the Photos app, and go up to the menu bar and click on File, then Import. 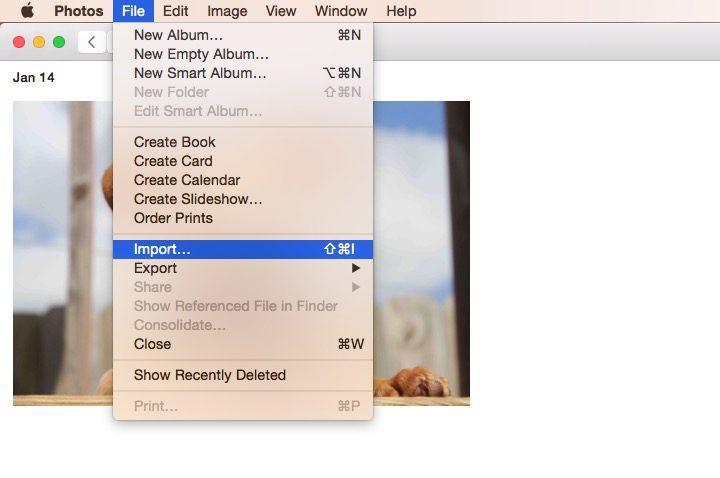 A Finder window will pop up and from there you can navigate to where all of your photos are stored. Just select the folder that your photos are in and then click Review for Import. Keep in mind that if your photos are scattered throughout different folders, you’ll have to add in those folders separately when you import.

All of the photos you selected for importing will appear in a grid layout on the next window. From here, you can either select specific photos to import or import all of them with one swoop, which is probably what you’ll want to do. Simply ust click on Import All New Items.

One thing that you’ll want to keep in mind before you import all of your pictures is that if you have iCloud Photo Library enabled, any photos that you import into the Photos Mac app will automatically show up on your iPhone or other iOS device as well. This won’t use up iPhone storage space, but rather iCloud storage space. Still, if you only want your photos to show up in the Photos app on your Mac, be sure to disable iCloud Photo Library in the Photos app’s settings.

Once all of your photos are imported, you can use the Photos app to make your own albums and collections, and you can even search for photos easily using the app’s smart search functionality, which means no more trying to dig deep into your photos folder trying to find a specific photo.

If you’d rather organize your photo collection manually without the help of a photo management app, then that’s also a good way to go, although it’ll most likely take a lot longer to do. 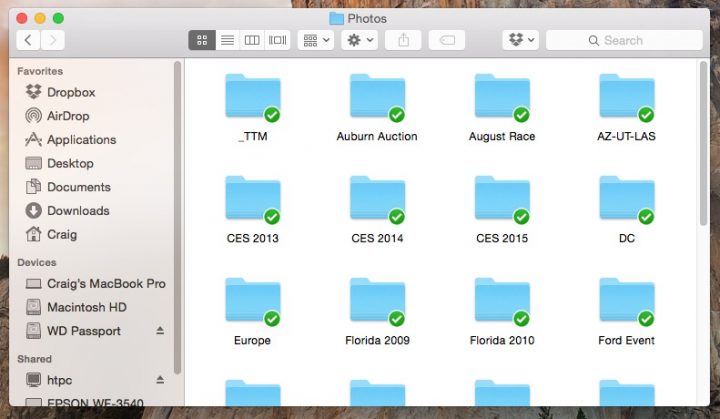 When organizing your photos, there are a few things to keep in mind. First off, it’s best to put all of your photos in one location, no matter what. OS X comes with a Pictures folder just for this purpose. Use that folder and put every single picture you have into that folder.

From there, you can begin creating subfolders as albums and separate your photos accordingly. So if you have photos from a recent vacation, put all of them into their own single folder and name it something like “Vacation 2014.”

You don’t need to rename your photos, though, as that really won’t do any good and it would take forever anyway, especially if you have thousands of photos. The most important thing is that you put photos into album folders and then name the folders accordingly.

Back Up Your Photos

Perhaps the most important step to organizing your photo collection doesn’t really have anything to do with organizing at all, but it ensures that you never lose your photos in the first place, which can be a very, very bad thing.

One option is to back up your photos in the cloud. In fact, that’s really easy to do with iCloud Photo Library, as every photo you import will be uploaded to your iCloud account.

However, Apple only gives you 5GB of storage for free. Anything more than that and you’ll have to pay up. However, a bump up to 20GB is only $0.99 per month, so it’s definitely affordable, and that’s more than enough space to store plenty of photos.

Perhaps the best option, though, is backing up your photos to a flash drive or an external hard drive. Something like this 64GB USB 3.0 flash drive is cheap and it provides more than enough storage space to back up any photos to.

You can get an external hard drive if you have a lot of photos, and maybe even some videos that take up a lot of space. a 1TB hard drive like this $60 Western Digital model will do the trick for backing up just about anything — not just photos.

In any case, it’s always a good idea to have your data backed up, so that way if your computer ever crashes, you won’t lose the important stuff.