How to Play Amazon Cloud Drive Music on iOS

Amazon’s new Cloud Player and Drive service for storing and streaming music is a great way to back up your music and stream it to almost any computer. There is an Android application for playing music on those devices. But for now iOS devices are not supported. But there is a way to play one song at a time. We show you how.

We assume you have set up your Cloud Drive with at least one music file. If not, see our first look at Amazon Cloud Drive.

From your iPad, iPhone or iPod Touch go to your Cloud Drive and sign if if you haven’t yet. 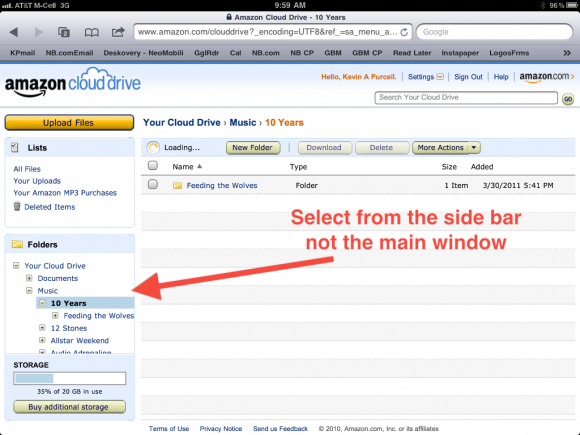 How to Play Amazon Cloud Player Files on the iPad, iPhone or iPod Touch

This the only way we know of to play songs on an iOS device until either Amazon or someone else creates an app for iOS. We expect that to happen, but don’t be surprised if Apple rejects it on the grounds that it mimics built-in functionality or some other bogus reason. It won’t be true if they do, but don’t be surprised.