After the December Black Ops 3 update you no longer need to access the Black OPs 3 Nightmares mode with a secret code or by beating the single player mode..

Call of Duty: Black Ops 3 arrived this week and in addition to the fresh new Dead Ops Arcade 2 hidden mode there is a Nightmares mode that brings zombies to the single player missions.

How to Play Black Ops 3 Nightmares

To play the Call of Duty: Black Ops 3 Nightmares mode on Xbox One, PS4 or PC you needed to beat the campaign. After the new update arrived in December the Nightmares mode is now available for all users to play without completing any other part of the game. This is handy if you love zombies, but aren’t interested in the traditional campaign mode. 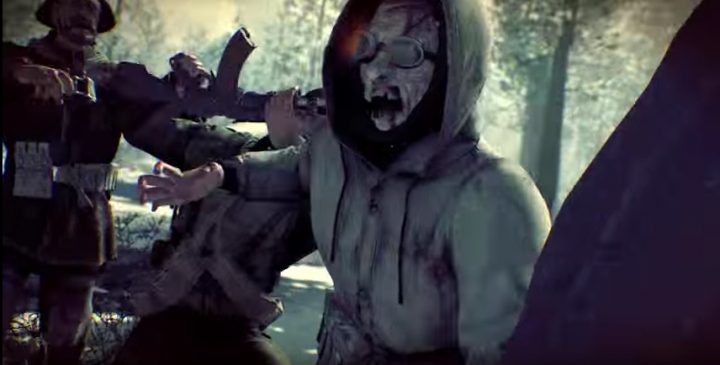 Before the update, you had to enter a code to unlock this without playing. This is how you did it. You don’t need to pick up collectibles or complete all the smaller achievement parts of the levels — just beat the mission and move on to the next.

After you beat the Call of Duty: Black Ops 3 campaign mode a new option will appear on your menu.

When you start up to play a new game, you will see the standard options and at the bottom a Nightmares mode.

Select that and then you can choose the mission you want to play. You can see this in the videos below.

You can play split screen and you can play with up to three other people. There missions are in a new order, but most of them are there.

When playing Black Ops 3 Nightmares you will play against Zombies, but this is not the Shadows of Evil Zombies mode that is available at the start of the game.

In the playlist above there are 11 videos showing off this new mode, but if you want to be surprised when you play you should only watch enough to see the options.

Check out other important Call of Duty: Black Ops 3 details in the slides below.