Microsoft’s Xbox One entertainment console has lots of great features for gamers. It can record video or capture a photo with just a voice command. Xbox Live has picked up Hubs for gamers, a feature aimed at fostering communities. Until recently, there was a major feature the Xbox One lacked. You couldn’t play music in the background on the Xbox One.

Only Microsoft knows why the feature didn’t make it into the console’s original software or any of the updates it’s rolled out since. For years, Microsoft’s solution for this problem has been app Snapping. Most of the apps available from the Xbox Store allow users to snap an app to the side of their screen. Groove Music and a host of other audio apps used Snap to get their apps playing audio during a gaming session.

Beginning with the August Xbox One Update for the Xbox One and Xbox One S, gamers can listen to any kind of audio while playing their games. What’s more, they don’t have to take up a third of their screen with a snapped app.

Read: Summer Xbox One Update: What You Need to Know

Apps That Can Play Music in the Background on Xbox One

To allow playing music in the background on Xbox One, Microsoft had to rethink how it handled audio. Doing so wasn’t possible before because an app needed to be visible in order for users to get audio or video out of it. That changed with the Summer Update for Xbox One.

Today, Groove Music allows users to play music during a game, but it has to be snapped. Soon, it’ll be upgraded with background playback so that users can play music without keeping the app open and snapped to their screen. This updated version of Groove Music is available to members of the Xbox Preview Program today. It’ll be available for everyone in the not too distant future, Microsoft says. 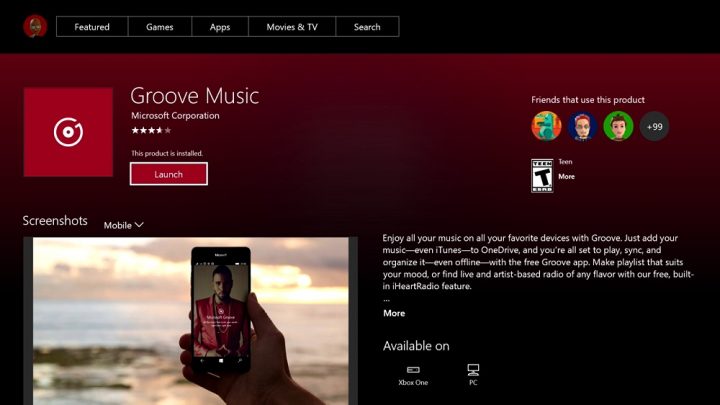 Cast is another Xbox One app that allows users to play music in the background on Xbox One. It’s also available to members of the Xbox Preview Program. Look for these updates apps in the Store on your console. If you don’t see them, it’s because Microsoft hasn’t yet made them available to everyone.

Microsoft merged the Xbox Store with the Windows Store that it uses on notebooks, desktops and tablets. More apps are coming with support for background audio playback; you can be sure of that.

How to Play Music in the Background on Xbox One

To play music in the background on Xbox One, you’ll need to open an app that supports the feature and select something to play. For the purposes of this tutorial, we’ve downloaded the Groove Music app that’s now available to Xbox Preview members and will be available to everyone very soon.

Download the app that supports background audio from the Windows Store. Again, this could be Groove Music or any other app available in the stores that’s been updated for Xbox One and Windows 10. 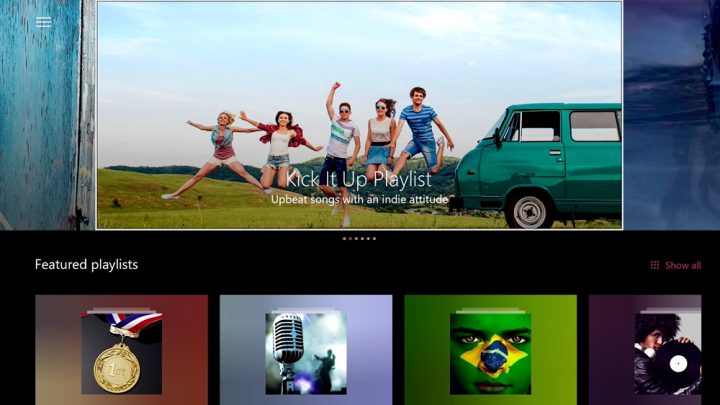 Open the app – in our case Groove Music – and select some audio to play. Instead of trying to Snap the app as you normally would, simply press the glowing Xbox logo on your controller to be taken back to the home screen. Now open the second app or game that you’d like to play. That’s all there is too it. 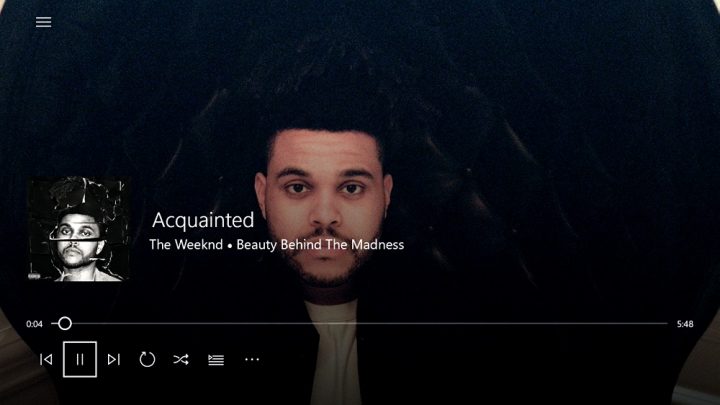 As with the Xbox 360, playback controls for background audio aren’t always readily available. To access them you need to press the Xbox logo on your controller twice to open the Xbox Guide. When the Guide opens the first thing that you should see are play, pause, rewind and skip buttons. 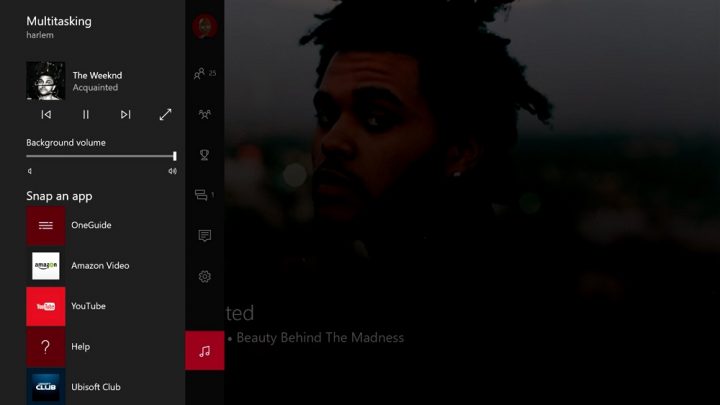 Read: 11 Exciting Features Coming in the Anniversary Xbox One Update

There’s no way to select a new playlist from the Guide. To do that, you’ll need to open the app you have playing music in the background into full screen mode and select another. Microsoft says that playing music in the background shouldn’t harm performance in your games at all. That’s something that wasn’t true about the old Snap mechanic that forced users to have an app and a game or two apps open at the very same time.

You don’t need a Groove Music Pass to play music in the background on Xbox One. Microsoft allows everyone to store music in their OneDrive Music folder for playback with any Groove Music client, be it on phone, tablet, notebook PC or Xbox One.