Here is a guide on how to record an iPhone call.

The iPhone is a great device for talking on the phone and even for conferencing with peers and family. There are times however when a person may want to record an iPhone call, maybe for a meeting or for memorial purposes.

The iPhone Phone app does not include this as a native feature yet with the assistance of some third party apps and workarounds, there are ways to save your phone conversations!

Here are different ways to record your iPhone calls.

Watch the above video for steps to record calls on your iPhone.

The easiest way to handle recording calls is to let another service do it for you. There are multiple options on the App Store that boast the ability to record calls.

The way most of these achieve the recording is by utilizing the iPhone’s 3-way calling abilities to rope in a third party (the app) and essentially records its end of the conversation. After investigating a few different options, TapeACall seems to be a worthy bet.

There is a Lite version of that app which will certainly be good for a test as the it only allows you to listen to 60 seconds of your recording. The full version is only $9.99 a year and will allow unlimited recording of your incoming and outgoing calls. The website even boasts $7.99 a year options.

Starting a call and then opening TapeACall will prompt you to begin recording the call. If you receive an incoming call, you will have to put that on hold in order to open the app and begin recording. All recordings will be able to be offloaded to a computer and saved for later use. 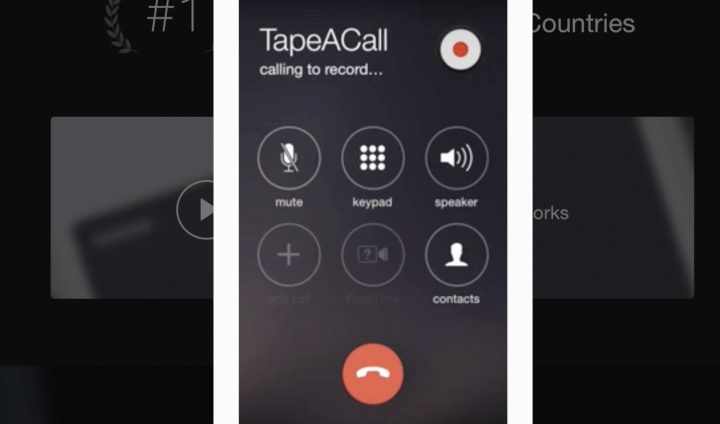 Remember to check your country’s audio recording laws to insure you aren’t going to get into any legal trouble recording the call. Make sure to announce to your peer that you are recording.

Similarly to using an App, there are other ways to include another program in on the call and get your call saved. For things like interviews over the phone or important work meetings, using something like Skype or Google Voice as the third party will help recording.

Google Voice has an option built-in to its settings to start recording if you push the 4 key on your touch pad. This is a setting you have to enable within your Google Voice settings and preferably have your GV phone number be the phone number that you are being contacted on. Using call forward from GV will make this easier to accomplish, that way you don’t have to include a third party in a three way call.

Recording phone calls is often a task we don’t realize we need to do until the moment is upon us so having a few different options at your fingertips is a great idea. I have used Skype pretty extensively to record calls both from the computer and via my iPhone. The other third party options are excellent as well, as they take a task that is potentially annoying and time consuming and make it simple for you if only for a small fee.