Why would someone want to make a Sound Shot instead of just taking a photo?

Watch our the camera segment of our Samsung Galaxy S4 video review below:

How to Shoot a Sound Shot

Open the Galaxy S4 camera. Choose the Sound Shot mode using the Mode button next to the camera button. 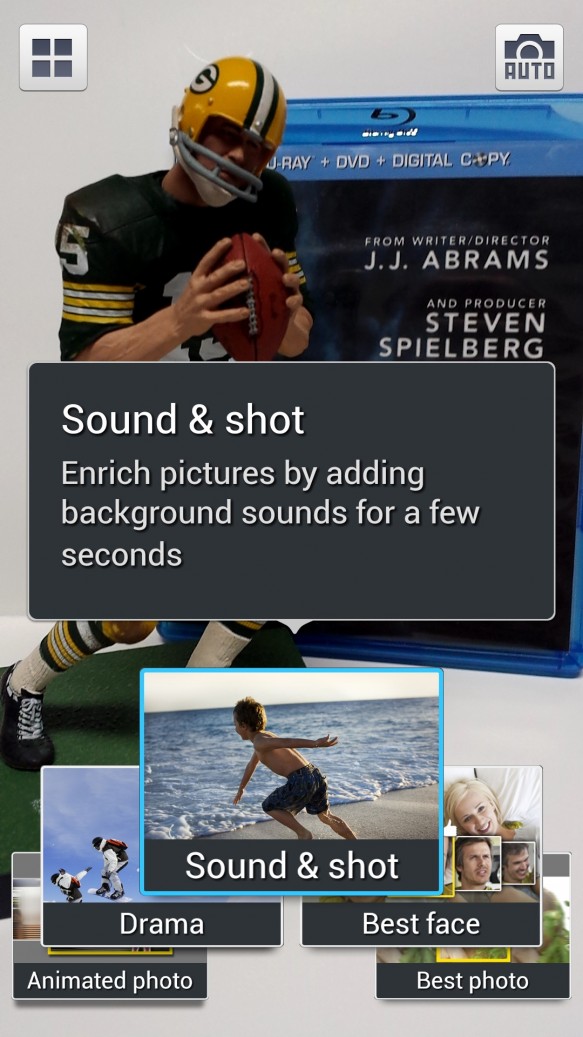 Choose the Sound Shot mode from the carousel that pops up. Here’s one power user tip. Change from the default carousel of modes to a grid view for faster mode selection. Use the mode view toggle button in either the upper right corner in portrait mode or the lower right corner in landscape mode. This makes selecting shooting modes much faster. 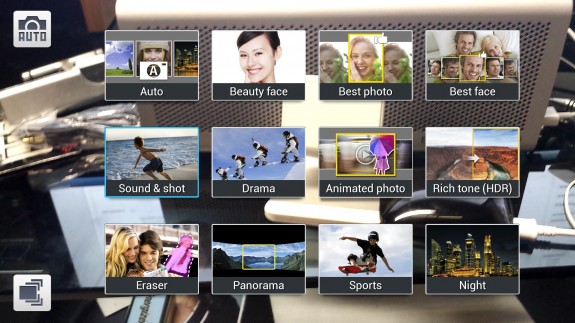 Change the mode selection view from the default carousel view to an easier to sue grid view using the toggle button.

Compose the shot, tap the screen to focus and take the picture. An audio recorder pops up and the shows time left. 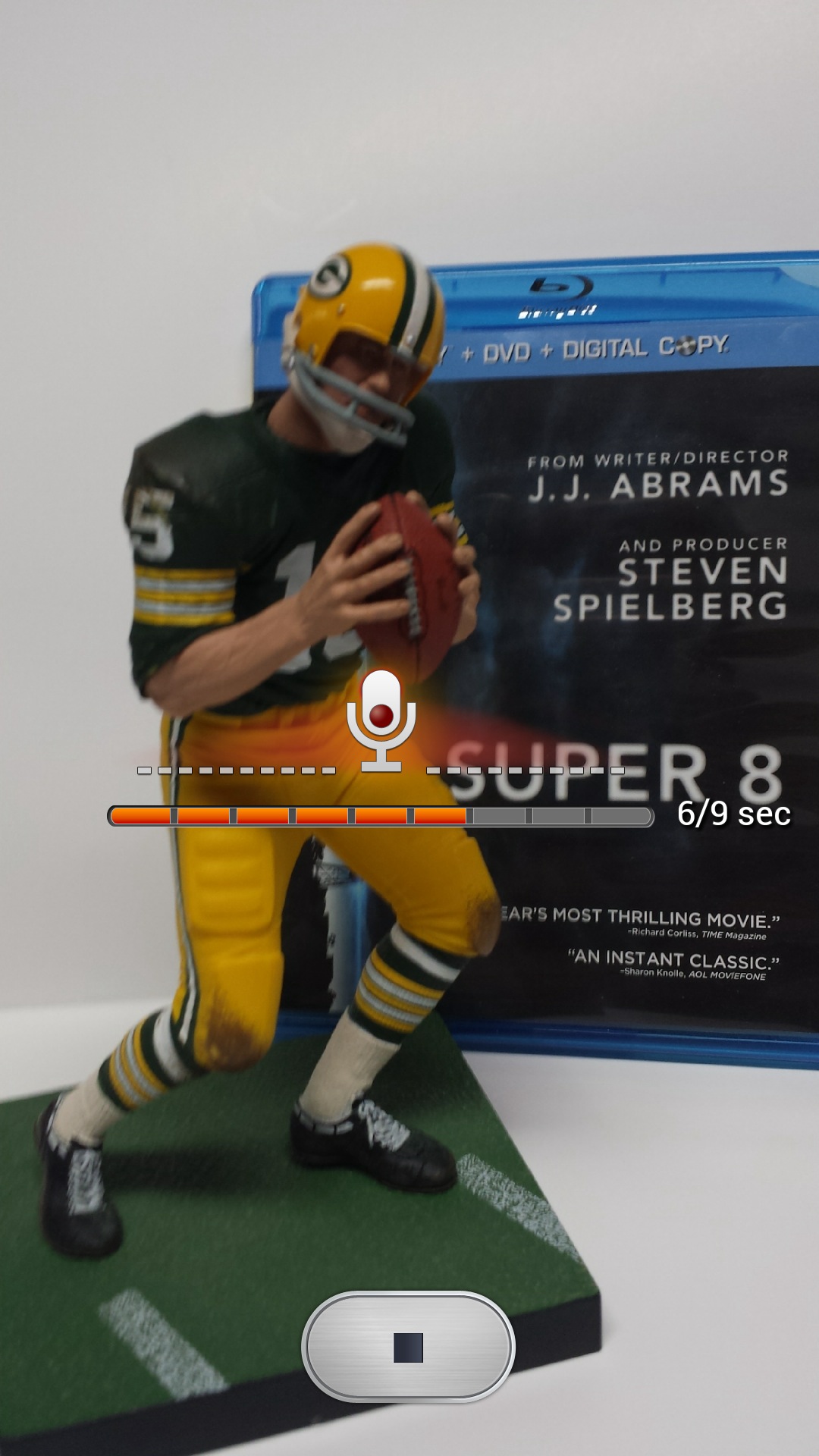 The recording stops after nine seconds or when the user taps the stop button.

To view and hear the Sound Shot, open the stock Gallery app, the only one that supports Sound Shots, and tap a Sound Shot indicated by the musical note icon over the picture. 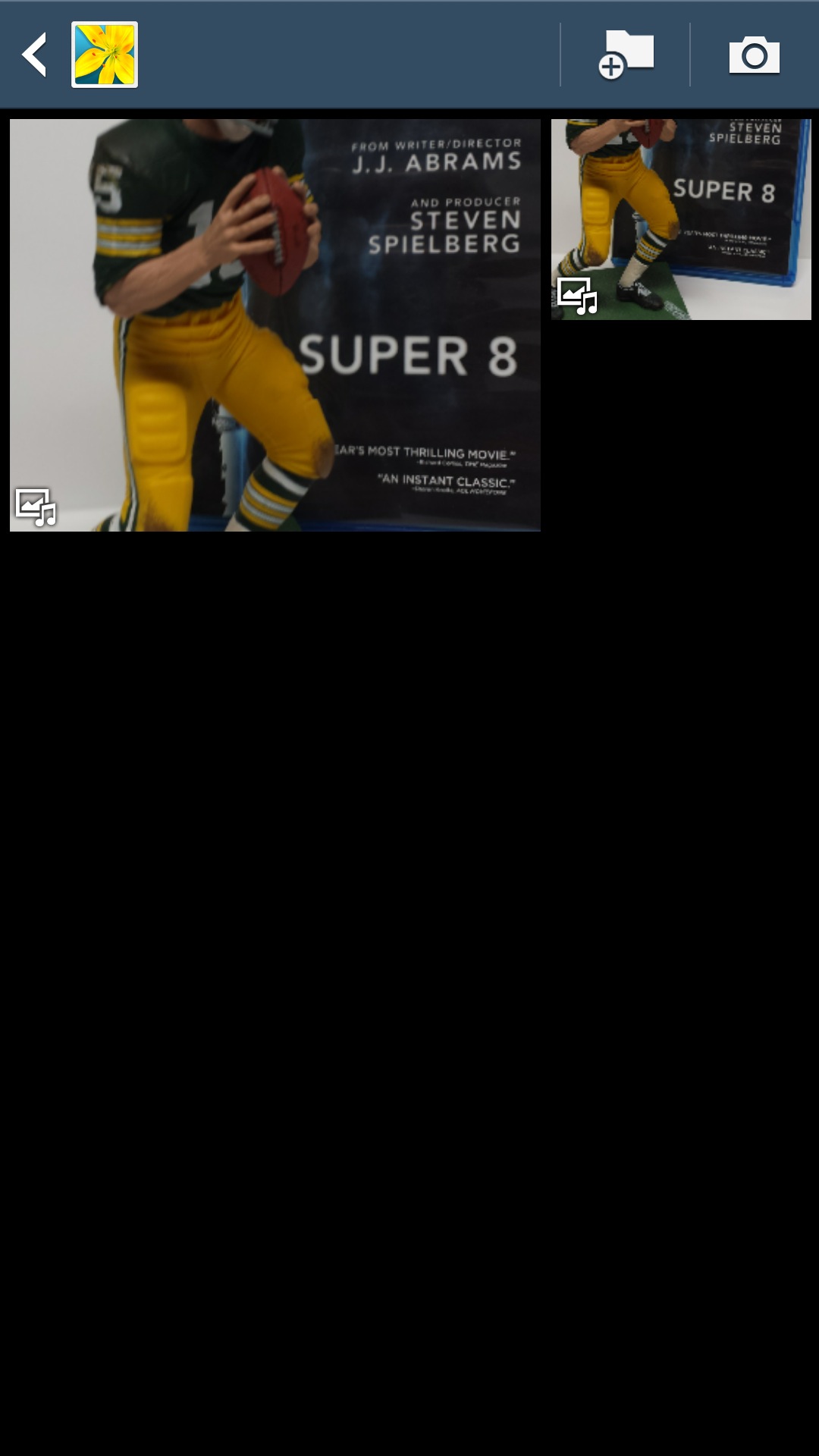 Sound Shots in Gallery are indicated by an icon with a musical note on them.

A user must covert a Sound Shot to a video or share it as an ordinary photo with no audio, if their recipient doesn’t own a Galaxy S4. Do this from within the Gallery app. Tap on the Sound Shot and choose the Share button. 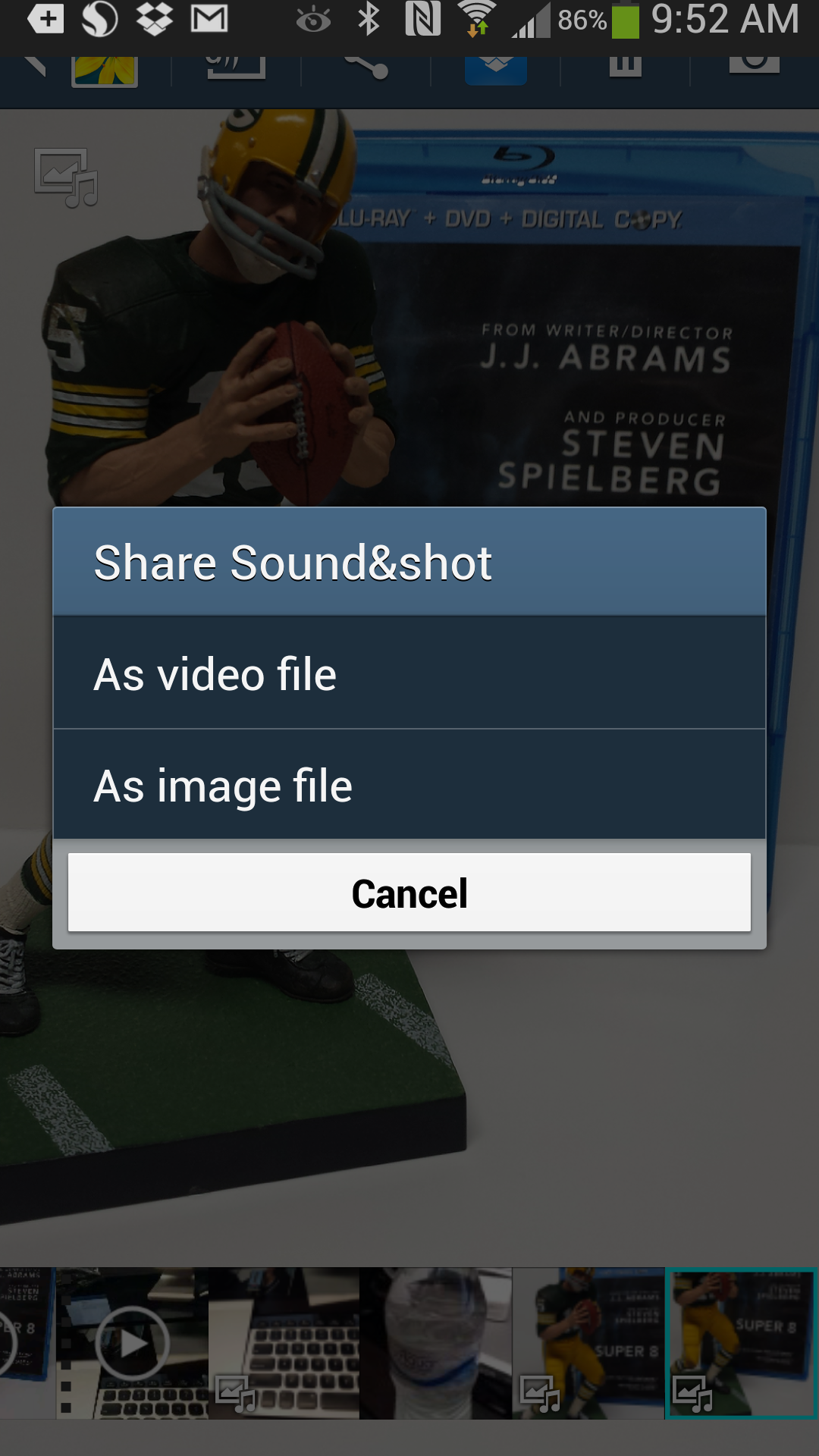 Pick “As video file” to preserve the sound or “As image file” from the menu. The first one creates and MP4 video file with sound. View the sample below. The second only keeps the sound embedded if the users shares to another Galaxy S4 using Wi-Fi Direct, Bluetooth or using the ChatOn app. Otherwise it shares it as an ordinary JPG file.

DropBox is our preferred app for sharing such files. Choose DropBox from the popup and it uploads the file to the service. Share it with others by sharing a link or get it on a computer by using the DropBox app or from the service’s website.