For those who find that their Google Nexus 7 Tablet quit running smoothly, one solution is to reset the tablet to factory settings. Users should always try to resolve their problem using other means first because this step totally erases the tablet removing all apps, documents, videos, pictures or files of any kind.

This is also an easy way to wipe your settings and data from the Nexus 7 before giving it to another user, like a child or spouse.

Since the Google Nexus 7 Tablet doesn’t include a removable storage solution, like a micro-SD card. This means the user can’t easily copy their files to such a card to safeguard it during this process. So take this step carefully.

Backup and Prepare to Reset the Google Nexus 7 Tablet 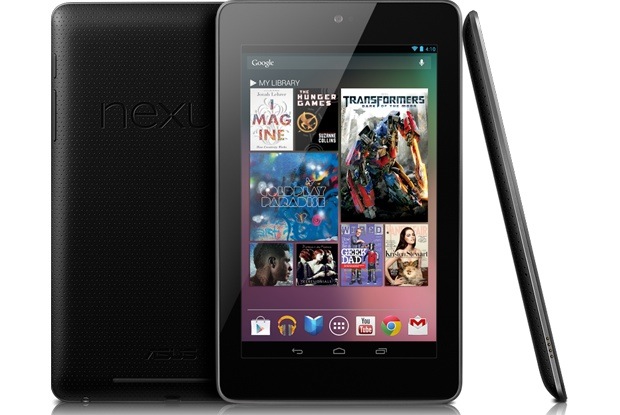 First, a Google Nexus 7 Tablet user should back up their data. Look for documents, music, videos, pictures and any other files that reside on the tablet. Check all apps used regularly and back any data up that the apps create. With Android, the user can do this easily using the Share feature that allows any app that supports it to share content. I use DropBox or Email to send such files to myself or my online Dropbox storage.

Getting those images back onto the tablet isn’t as easy with Google+ Instant Upload, so I use Dropbox. It features an automatic photo upload feature which turns itself on by default when the user installs Dropbox.

Don’t forget downloads, which will show up in the Downloads folder on the built-in SD card. I use ES File Explorer, a free app in the Google Play Store, to browse my files on the Google Nexus 7 Tablet. Users can use the app to share files. Long press on a file and use the Share command in the menu. Send it to an email address or Dropbox or other appropriate locations.

Open Settings by swiping down from the top of the screen and tapping the settings icon in the top row furthest to the right or by opening the App Drawer. Find Backup & Reset and tap it. 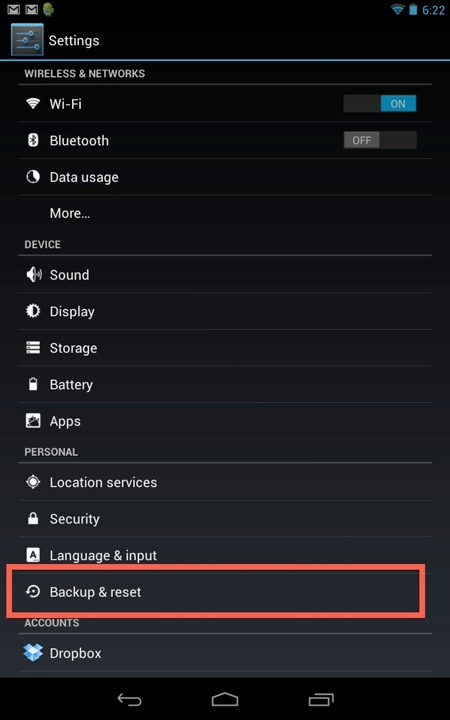 From the next screen hit the Factory Data Rest button and you’ll see the following screen. Tap the Reset tablet button at the bottom of the screen. 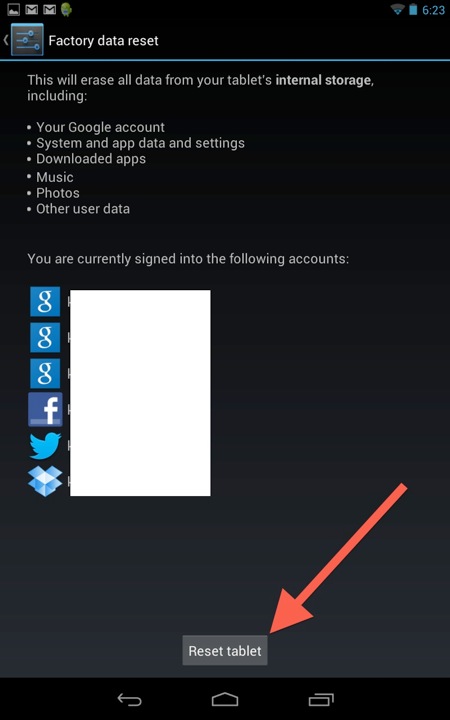 The tablet will restart, erase itself and then load again. The user must set up the tablet all over again.

This might be the best time to unlock the boot loader and root the Nexus 7. Doing so erases the tablet, so performing the operation at this point means the user won’t lose anything.