The Samsung Galaxy S5 is a popular Android smartphone that runs a new version of Android. With this users can pick what app they want to use for text messages. In this guide we assume you are using the default Messages app, that Samsung includes. If you changed this, the process will still be similar, but not exactly the same.

Saving a photo from a text message or a MMS (Multimedia Message) stores it in your photo gallery so you can share it on Facebook, send it as an email or make it your new background. It is the first step in keeping the photo around and accessible for the long-term and in re-using the photo on your Galaxy S5. 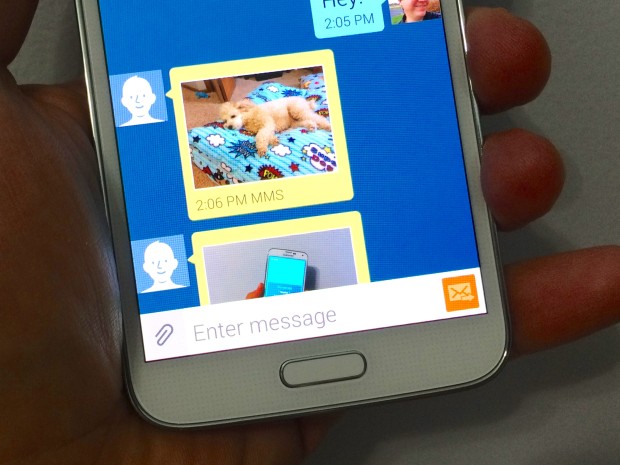 Here’s how to save a photo on the Galaxy S5 that you get as a text message.

This should work on similar devices like the Galaxy S4 and Galaxy note 3 which run similar Samsung software. Like many actions there is more than one way to do this, so we’ll show you the two easiest ways.

How to Save Photo from Text Message on Galaxy S5

When you get a text message with a photo you can tap on it to see the photo full screen and from there you can start the save process.

Tap on the small disk icon in the upper right. If you don’t see it tap anywhere on the photo to bring up the menu.

That’s all there is to saving it. The photo is now on the Galaxy S5 in the Photo Gallery under Downloads. 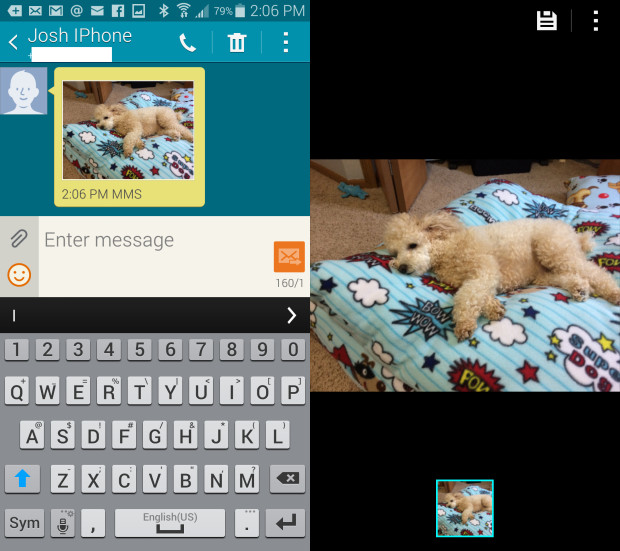 With a few taps you can save a photo from Messages on the Galaxy S5.

If someone sends you multiple photos you cannot view them all and save them all at once. Instead you will need to save each photo individually, but there is a faster way to save them.

When you want to save multiple photos from Messages on the Galaxy S5 you should tap and hold on the photo you want to download. A small menu will open up. Tap on Save attachment. 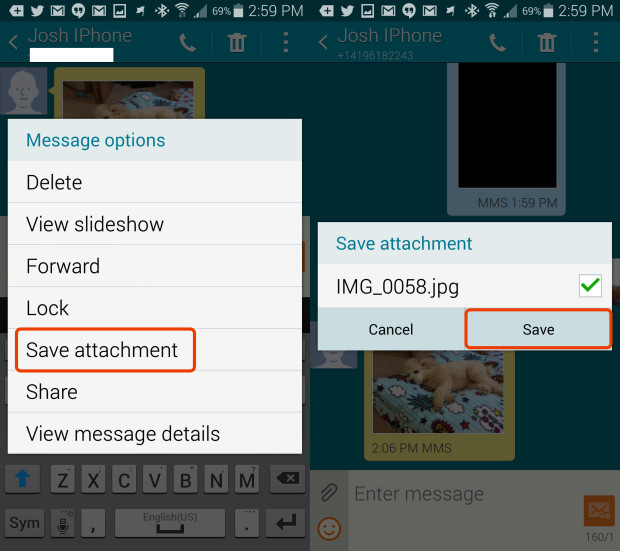 This is a faster way to save several photos.

This will open up a small menu that allows you to select a the attachment you want to save. Tap on the box and then tap on Save. You can now give the file a new name before it is saved to the gallery on the Galaxy S5.

Once a photo is saved to the Gallery app on the Galaxy S5 you can share it using any other app on your phone, open it in an app to edit the photo or print it to a wireless printer. Essentially it is treated the same as a photo you took using the built-in camera. 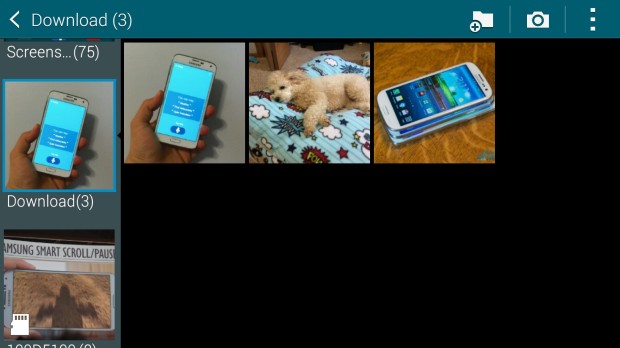 This is where photos you save are stored.

You’ll find the photo in the app under the Downloaded area on the left side of the Gallery, as shown in the image above. Tap on it once to pull up the menu options at the top of the screen if you don’t see them. This is where you can share or edit a photo.

If you simply want to share that photo on Facebook, Twitter, to another app or even as a text message to someone else you don’t even need to save the photo to your phone. 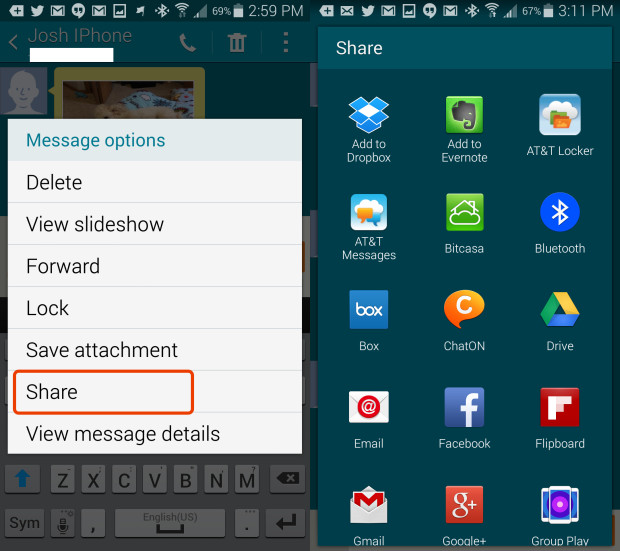 Use this to share a photo without actually saving it to the Galaxy S5.

Press and hold on the photo in Messages. When the small menu appears tap on Share. this opens up a similar share menu that includes social, messages and storage apps. Tap on an app you want to use.