Millions of smartphone owners use Google Maps for navigation and directions almost daily, because it’s so easy and convenient. However, many don’t know that Google Maps can be used while offline, on WiFi only or even save maps and navigation to the SD card. These features are perfect for users traveling without a good connection and below we’ll explain how to use them.

While traveling throughout the state, country or even out of the country, there isn’t always a strong data connection for Google Maps and navigation. In fact, some could lose a connection altogether and get a blank page right when you need directions the most.

Google’s “make this map available offline” feature has been around for a long time, but the way we can use it has changed and now it has even more options. Offline maps have been around for years, and now in 2016 Google added WiFi only and save maps to the SD card features. Read on for more details and how to use Maps to the fullest. 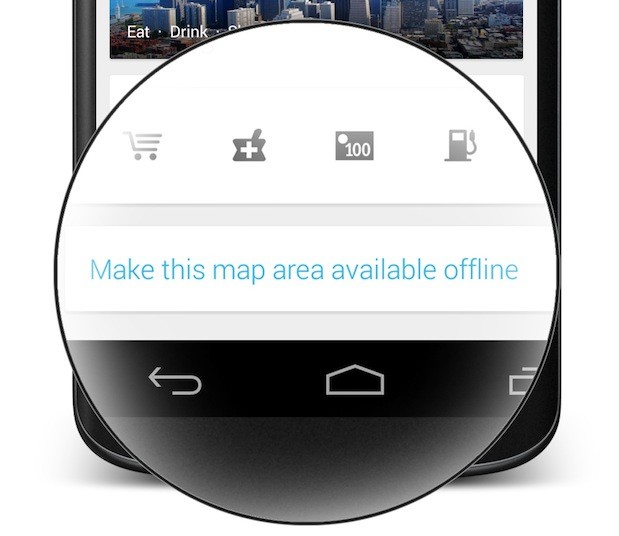 In June of 2013 an update to Google Maps actually removed this extremely useful tool, but thankfully less than two weeks later Google issued an update adding it back, and made it even easier to access. If you’ve ever wondered how to save maps to use while offline, the video below will explain all three easy ways to do so.

Simply open Google Maps on your smartphone or tablet and navigate to the area of choice you’d like to save for offline use. If you know a certain part of a drive may lose service, or just in general for certain parts of a trip, and make sure it’s on your screen. From here it’s dead simple. Tap the white Google Search bar up top and type (or say) “ok maps” in the search bar, and it instantly caches (saves) the map and puts it temporarily on your phones internal storage.

This little feature is extremely easy, and very convenient. Google Maps temporarily takes up a small portion of the users internal phone storage to save the Map, as long as you have some free space on your device. As you see from the video and our screenshots below, you’ll get notified that it’s caching the maps, and once it has completed. 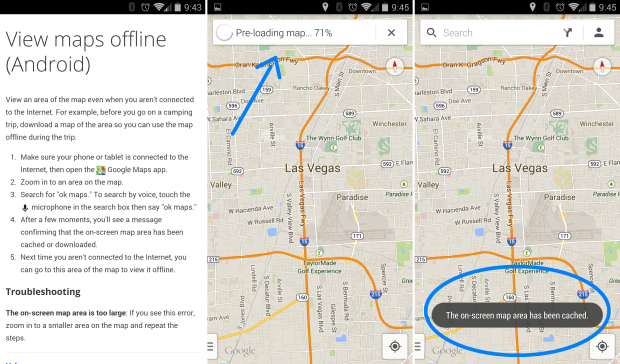 However, if you’re trying to save an area too large you’ll get an error from Google Maps suggesting you zoom in and make your request smaller.

This feature has changed a lot over the past few years and now that we’re halfway through 2016 it looks a little different, but can still be completed using the how to video above. That being said, today Google added two more options. One being WiFi only, which allows users to enjoy Google Maps in WiFi connected vehicles or while abroad without incurring data charges. Simply head into settings and turn on “WiFi only” as shown in our screenshot below. 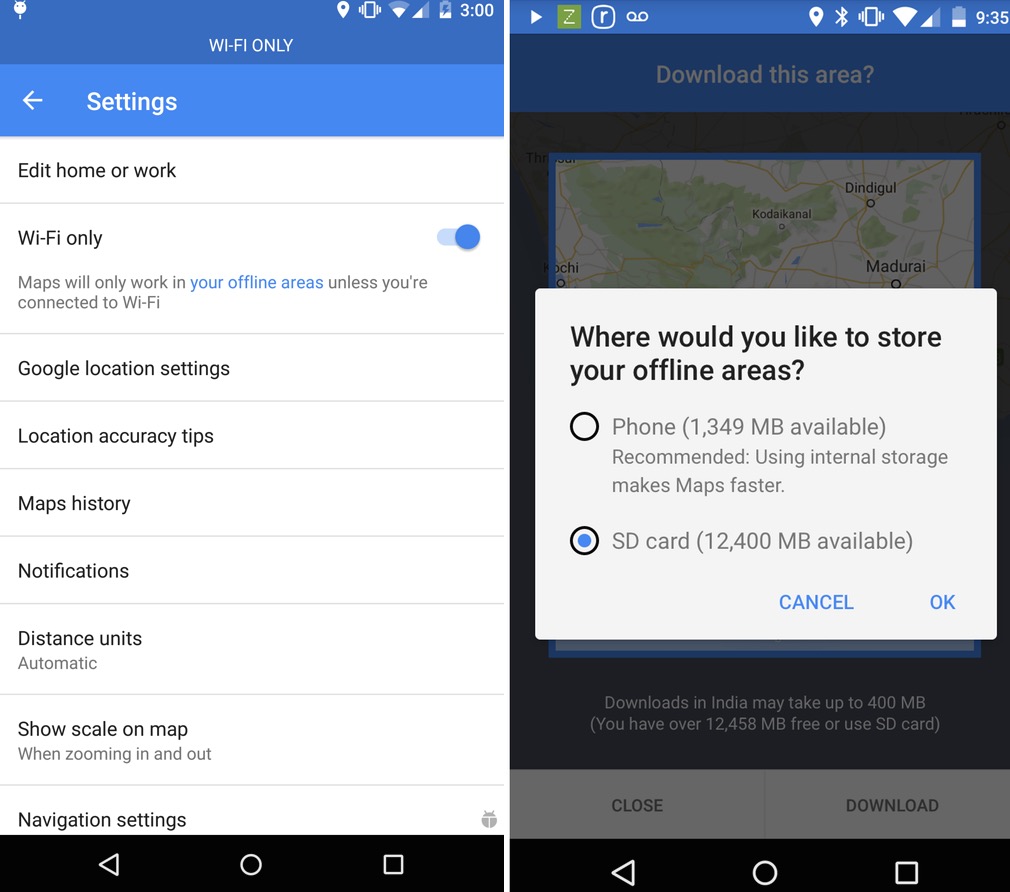 Google also added a new “save to SD card” option while saving maps or navigation for offline use. If you don’t have very much internal storage left, as long as you have the latest Google Maps update select the save to SD card option. Now a full copy of the area you choose or even navigation directions can be saved to an SD card for later use or while offline. This makes traveling easier than ever, without the worry of using data or phone storage.

Now next time you aren’t connected to the internet, you can go to this area of Google Maps and view it offline. That’s it. It’s worth noting that my sample was a very small area to save, and Google Maps can actually capture and temporarily store a much broader size for navigation, especially when saving to the micro-SD card on supported devices.

If you don’t have it, get the latest Google Maps from the Google Play Store today and give it at try.