For security purposes it’s a good idea to set up a Passcode on Lock Screen for the Apple iPhone 5 or any iOS device like the iPad, previous iPhones and the iPod Touch.

This requires the user to enter the Passcode before the user can reach the iPhone’s content. Without the Passcode, no one can reach private data on the phone.

Why bother to set up a Passcode on Lock Screen of the iPhone?

Let’s say I accidentally put my iPhone down at work and one of my coworkers wants to prank me by messing up settings or changing the name Siri calls me which can embarrass me. The lock keeps that prankster from getting the best of me. Obviously, it also keeps bad guys from getting my banking information or passwords stored in apps like Lastpass password manager. 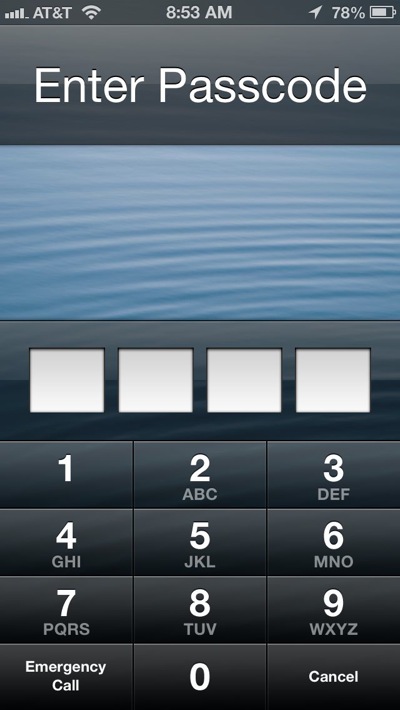 How to Set Passcode Lock on the iPhone 5

The steps for setting up a Passcode on Lock Screen are as follows:

Let’s look at the steps in detail. 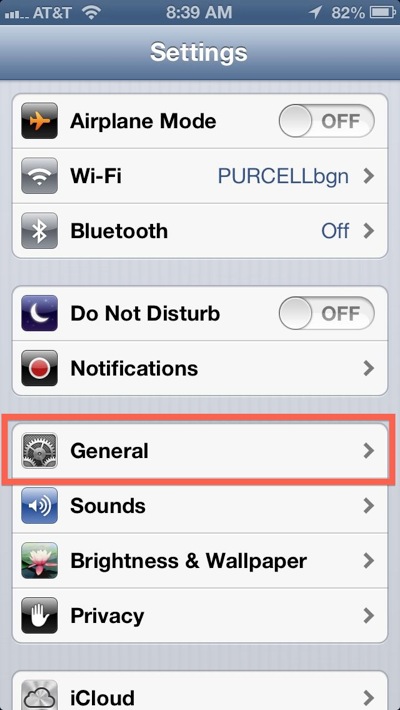 Open the Settings app which looks like a black set of sprockets. Go into General and scroll down a little to Passcode lock, which Apple sets to Off by default. 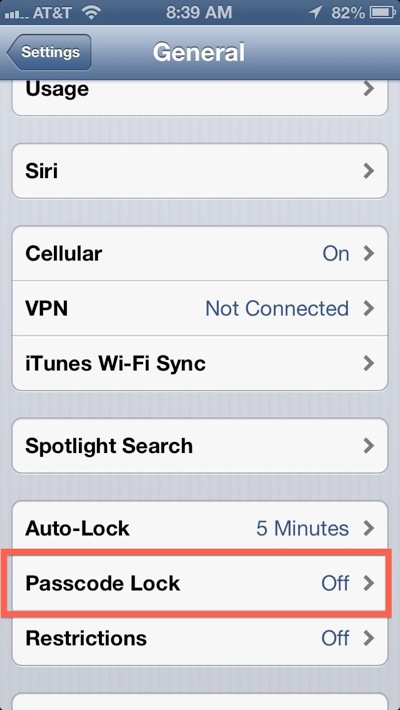 Tap the Passcode lock option and it shows the following screen. Tap the top option which reads Turn Passcode On. 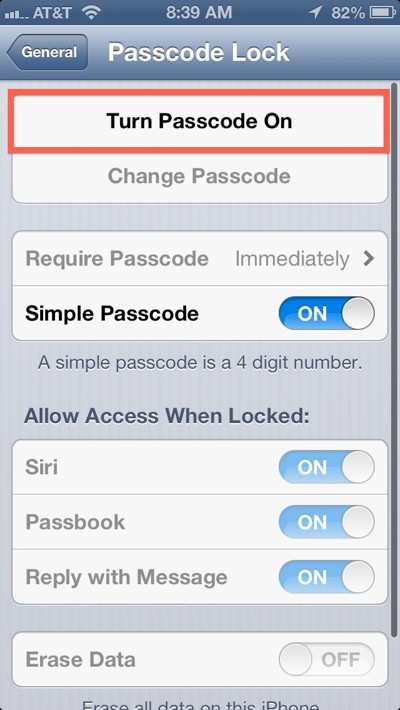 The Passcode Lock will turn on and ask the user to input a new Simple Passcode, with four numeric digits. Pick something that’s easy to remember, but not something like four digits in a phone number or street address. People who know the owner or can reach the owner’s personal details can guess simple codes like that. Choose a random combination of numbers. 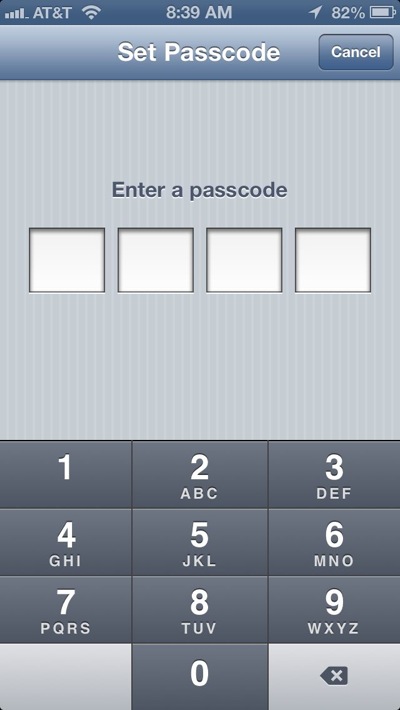 Turning off Simple Passcode will force the user to set a more complex Passcode. The user may pick numerals and letters, making it less likely that pranksters or criminals can guess the code. 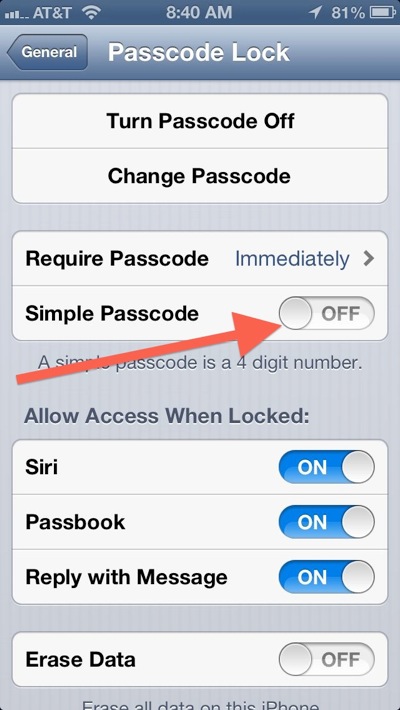 Once the user sets Simple Passcode to Off the following screen shows. Input a complex passcode. Again, don’t pick easy to guess passwords like dictionary words. I like the use nonsensical words that I can pronounce along with a number or two to make it more complex. 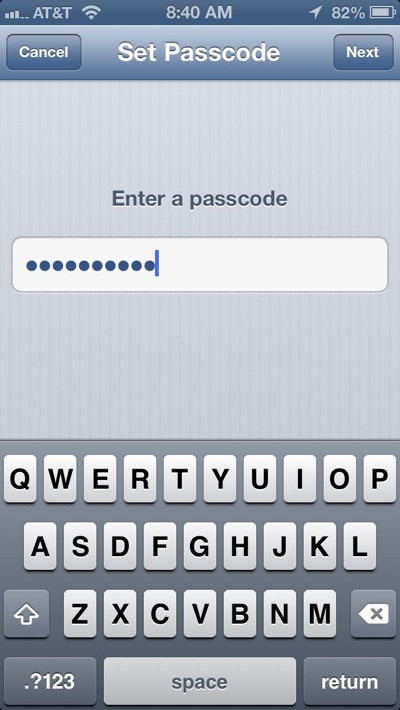 Now turn off the screen by hitting the power button or just wait for the auto lock time to expire. From then on, once the user turns on the screen, the Passcode screen will force the user to enter the code (see first image above). 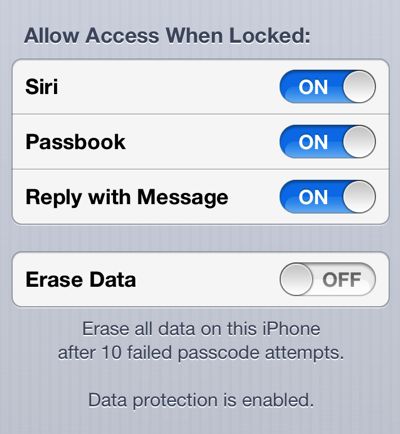 Some of the options to consider include the following: