How to Setup Face Unlock on Android 4.0

Verizon’s Samsung Galaxy Nexus has finally arrived and that means that Google’s latest mobile software, Android 4.0 Ice Cream Sandwich, has finally arrived for those of you living in the United States. The software brings quite a few new features along with it and one of those features is something called Face Unlock which is an alternative to your normal password screen.

In the past, Android owners have made use of PIN numbers or swipes or patterns to protect their phones. But now, with Ice Cream Sandwich, you can use your own beautiful mug to unlock your Galaxy Nexus.

Those of you with phones upgradable to Android 4.0 will be able to use this feature once the software rolls out.

It’s a pretty nifty feature, maybe not the most secure, but nifty nonetheless and we’re going to show you how to get it set up on your Android 4.0 smartphone.

First thing’s first. Head to the Settings on your device. It should look similar to what you see below. Once you’re there, you’ll want to select Security. 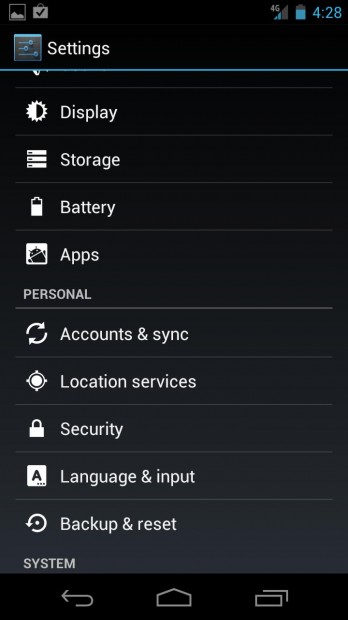 You will now see a bunch of Security options. Select Screen lock. 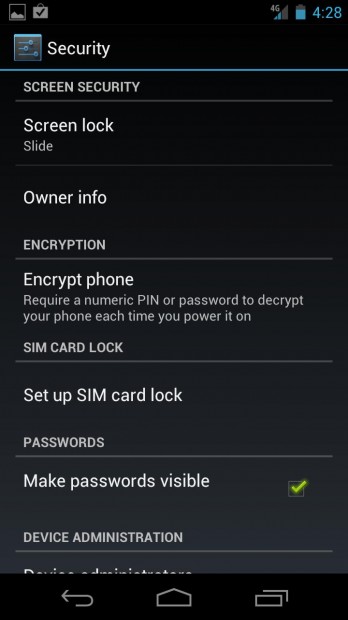 You will be brought to a screen like this, presenting you with a variety of security options. Face Unlock is what you’re here for so select Face Unlock. 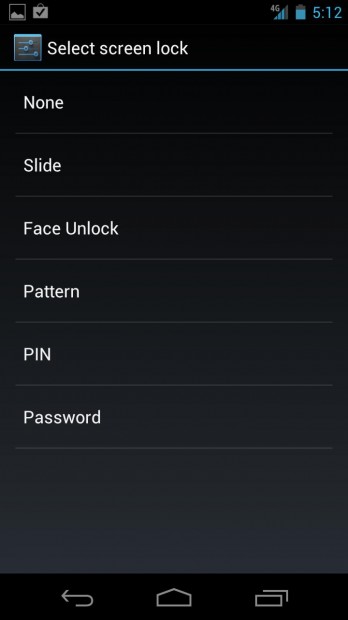 Google will then tell you that Face Unlock is now as secure as your other options. But that’s cool right? Right. Select Set it up. 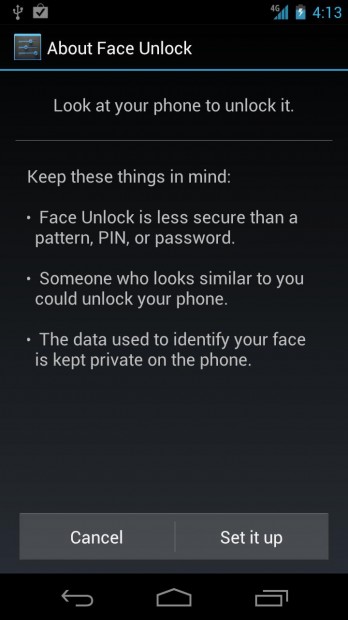 You’ll now be taken to a screen that gives you some hints on how to setup the photo of your face that will act as the unlocking mechanism on your phone. Take heed and select Continue. 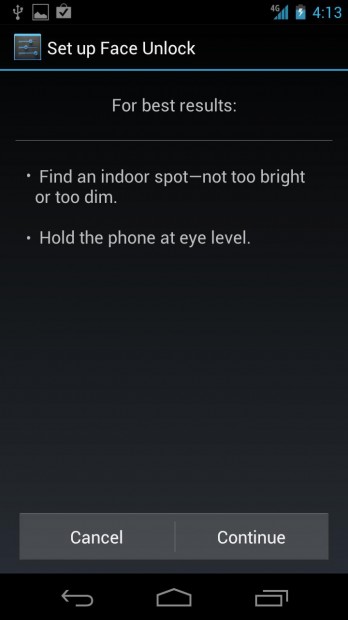 You will then see your beautiful face, courtesy of your device’s front facing camera. If you followed step 5, you be taken to the below screen within a couple of seconds. It took me one or two tries. Hit Continue. 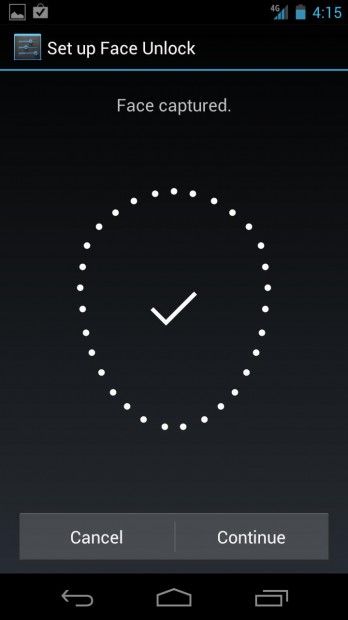 You’ll then be presented with this screen. This screen is important is it will be your backup for when Face Unlock doesn’t work. It doesn’t happen often but it does, so choose wisely. PIN is exactly what you think it is. You enter a numerical password and then use that to unlock your phone. Pattern is the familiar series of swipes. 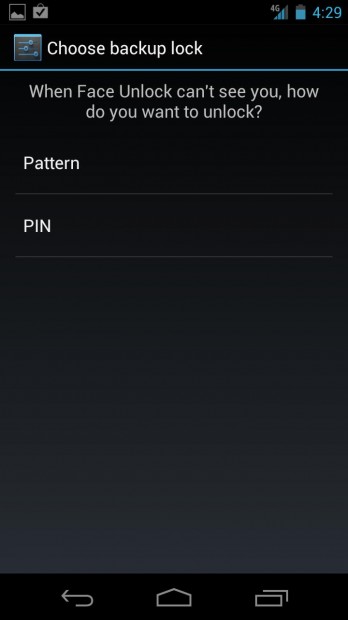 Assuming you can follow directions, you will be met with this screen. You should be proud. That’s all it takes folks. You’ll now be able to unlock your Android 4.0 smartphone with your beautiful face.

Just be careful leaving your phone around Doppelgangers. 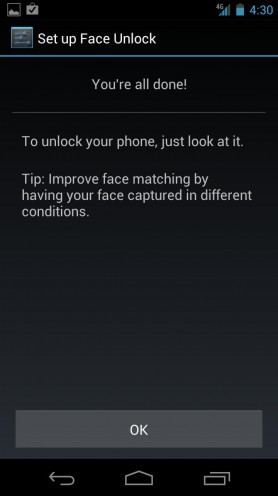